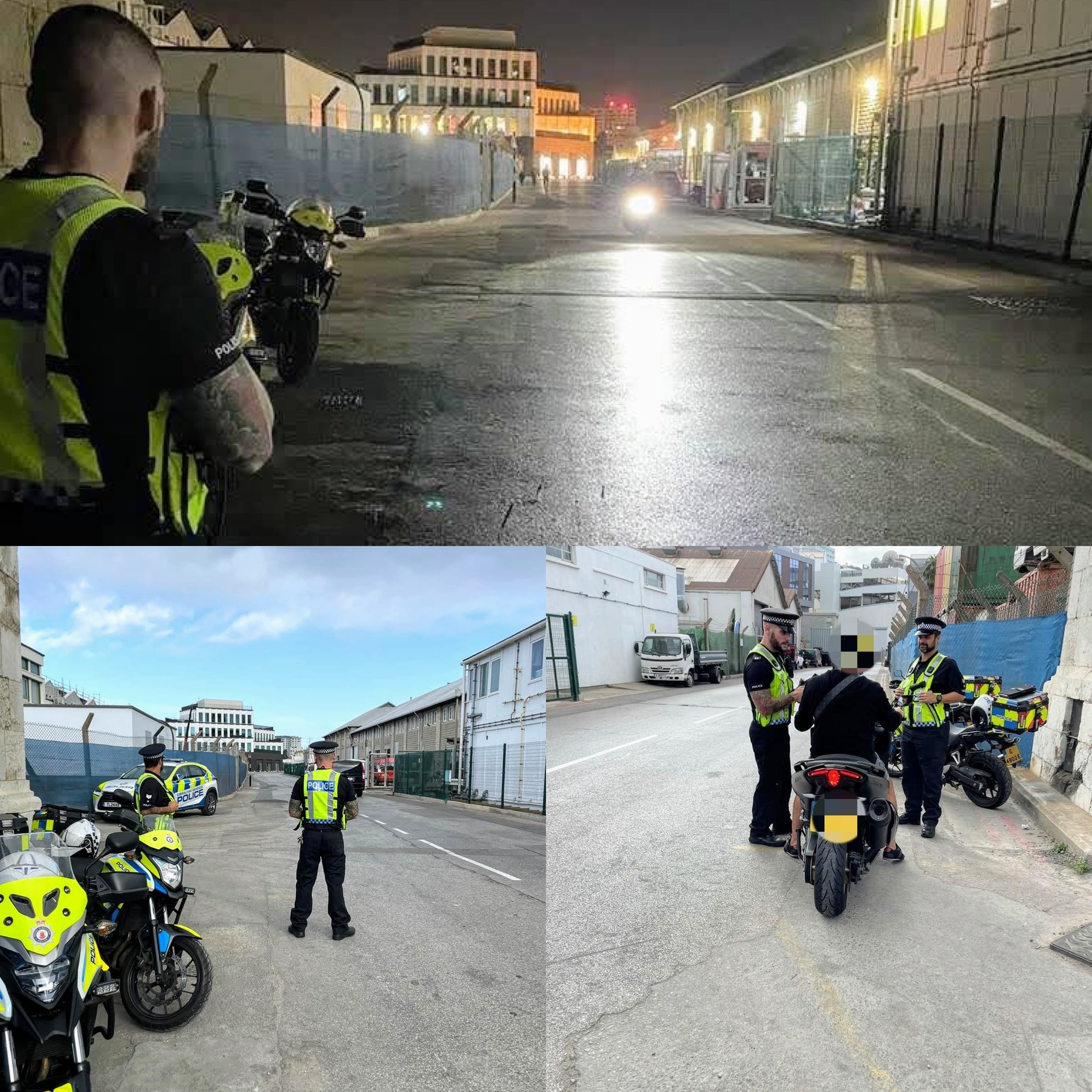 A team of RGP officers have been targeting a number of antisocial driving hot spots this month.

During the crackdown, the officers set up Operation Drive Safe checkpoints and reported drivers for 26 offences during the hours of 5pm and 1am.

These included speeding, dangerous driving and using mobile phones whilst driving a vehicle.

In total, officers from the Roads Policing Unit and the Op Trojan Unit reported:

Sergeant Aaron Ignacio, from the Roads Policing Unit, said: “Our Drive Safe deployments are focused and built on intelligence and complaints received from the general public. We will be continuing with our Drive Safe campaign at different locations, depending on the information we receive from the public in the following months.”

During their latest deployment this week, RGP officers teamed up with Gibraltar Defence Police officers to tackle driving offences and derelict vehicles on Dockyard Road, following complaints about driving in the area.

To highlight an area for officers to target, email This email address is being protected from spambots. You need JavaScript enabled to view it.