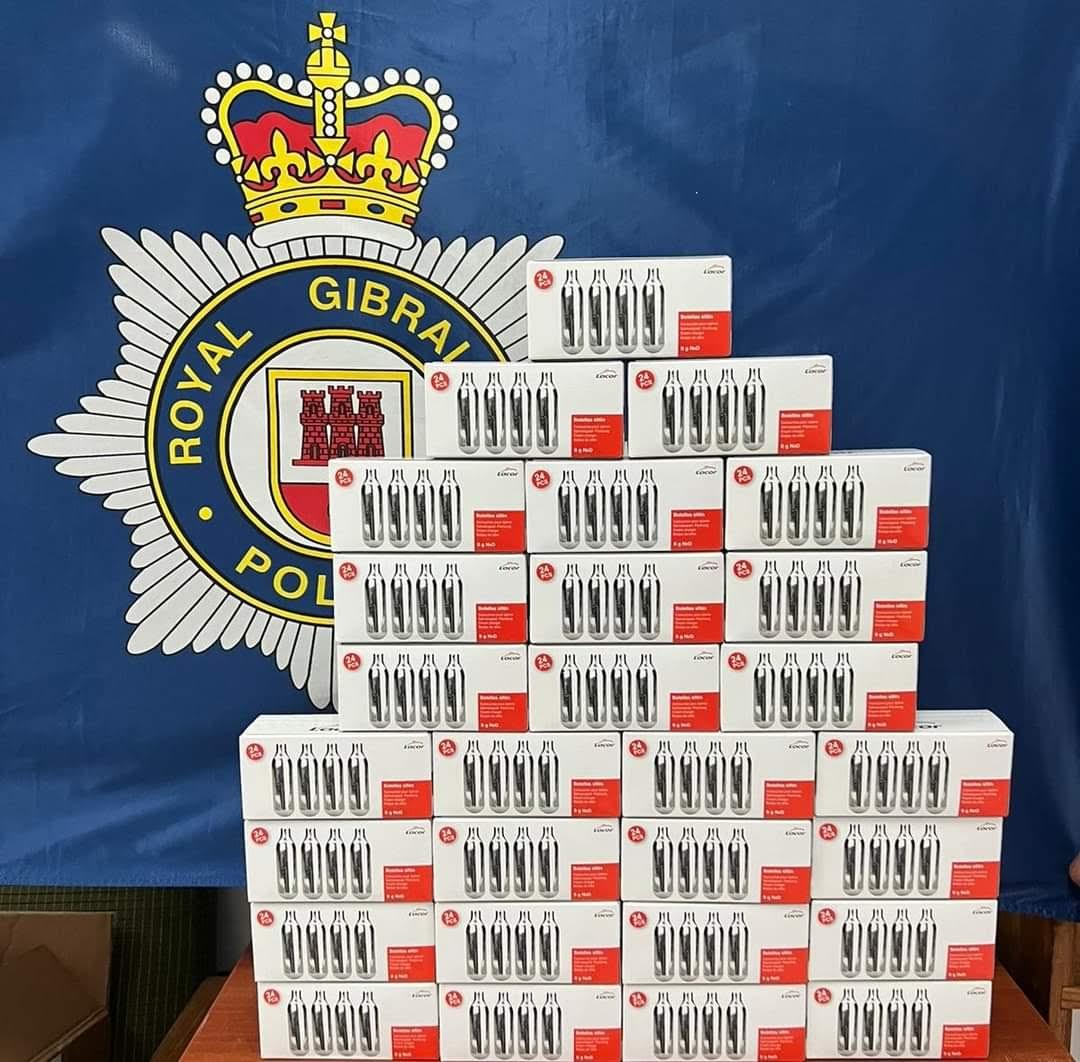 A local man has been fined £1,000 after being caught with 672 Nitrous Oxide Canisters.

The canisters, known commonly as “Laughing Gas,” have a street value of  approximately £560.

Mounir Sahabi, 24, of Castle Ramp, pleaded guilty to Possession of a Prohibited  Import at the Magistrates’ Court and was sentenced last Friday.

His arrest came just after 5pm on Friday 19 August this year, when detectives from  the RGP’s Crime Division, acting on information received, attended the area of  Grand Parade Car Park.

They found Sahabi sitting in a Volkswagen Golf and detained him for a search.

Officers found the cannabis in his trouser pockets, whilst the Nitrous Oxide was  found on the back seat of his vehicle in two cardboard boxes.

He was arrested and taken to New Mole House to be interviewed. He was bailed  whilst the investigation continued and charged on his return to the police station.

Nitrous Oxide Canisters are not listed in the Drugs Misuse Regulations as Controlled  Drugs, but their possession is restricted under the Imports and Exports Act.

The Government of Gibraltar is currently in the process of amending the legislation  to list the canisters in the Drugs Misuse Regulations as a Controlled Drug.