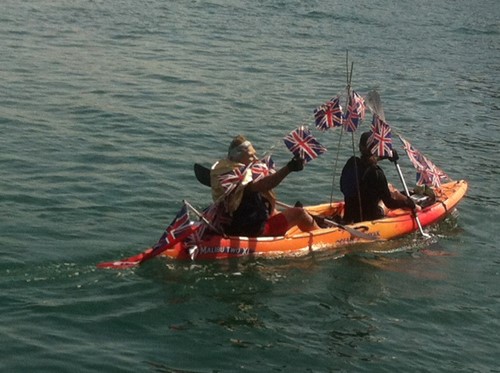 YGTV has just received a report that Her Majesty the Queen has been spotted in a kayak within the Bay of Gibraltar. Our reporters on the scene sent in this photograph depicting Her Majesty as she tried to clandestinely join the Gibraltar Flotilla. Early indications seem to be that her trip down the Thames yesterday was nowhere near as exciting or sunny as today’s event. YGTV has also been led to believe that she is on a mission to assert Her Sovereignty over British Gibraltar Waters.

God Save the Queen!

YGTV's internet on the move, sponsored by CTS.