Summer time… But what is beach etiquette?

There are a few things that no one, and we do mean NO ONE should be allowed to wear after a certain age. The beach is one of those funny places where all ages and all kinds of people end up together, doing the same things.

But you can often spot a few fundamental issues with certain people's attire.

The tourist - The greatest species for people watching. We've all seen them around, they are usually pasty white, from a mixture of NO SUN in their own country and a 2 inch thick coating of factor 412.

They look like they want to have a good time, but let's face it, we all know they are fighting with sand in dodgy places and usually are the ones that are wearing sports socks with their sandals. Now this species has various sub-species, including the infamous "Towel on a sunbed" kind and the ever famous "flick sand off their towel into the person next to them's face".

Although some people look down on these people for their inability to enjoy the beach like a local, let's face it, they do drive the economy; usually by either getting trollied on cheap beer or by buying ice creams that invariably melt before they have had the chance to even eat half of it.

The boys - Now we all know which ones these are. They hit the gym 14 times a week to ensure that when they stand on the side of the beach everyone is looking. Although they may not be every girl's Daniel Craig "Coming out the water in Casino Royal", they have spent a lot of time to look their best. But let's remember gents, it's a fine line between metro-sexual and "you actually spent more time getting ready than the girls do".

Of course, they always have a toy to play with. The only thing that splits the men from the boys is the price of the toys. So the wealthier ones are playing with a JetSki and the less fortunate play with a ball… "That's just the way the cookie crumbles!" 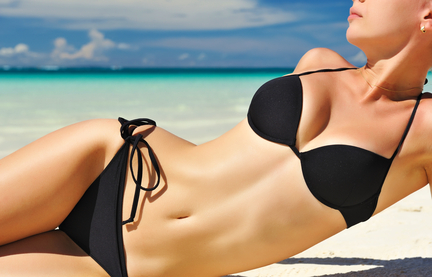 The girls - As many men might say, the best bit about the beach, but they're not all perfect either. The pose, it's an integral part of being female and at the beach. Having the right pose changes everything, it's what marks the difference between the "girls" that want to enjoy the beach and the "women" that want the entire beach to enjoy them.

Finding the right angle on the towel, lying back, a half twist to ensure that the best view is now on display for all to see. It's a bit of a mating ritual, not unlike the boys having hit the gym 14 times a week. But let's face it there is more pressure on the girls and undoubtedly you have all heard women talk about the bikini diet… It's a MUST!

Budgie smuggling - In the entire history of beach going for pleasure, it has NEVER been acceptable for anyone over the age of "my mum dressed me this morning" to wear budgie smugglers. In fact, the only guy in history that we've ever seen that really makes you think "yep, he can pull it off" is in fact the chap from the Southern Comfort advert.

Check it out below:

It's not big and it's not clever, don't wear them!

Socks & sandals - We covered this very briefly under the "Tourist Species" and to be honest with you, even if you are 60 and from some part of Europe where all your friends and family do the same thing, it's STILL NOT RIGHT!

No matter how old you are or where you are from, always remember, EVERYONE on the beach is looking at you and thinking "What a …."

The Gorilla in the Mist - Again, we've all seen him, he's the guy that is never cold, not even in the winter, surrounded by snow and completely naked, and let's face it, he has a higher thread count in his body hair than any wooly jumper your nan ever knitted for you. Now this isn't saying that men should shave, but if you look like a grizzly have a think… Do people really want to see that? Probable answer, not really… Maybe think of a trim, or head down to the chemist for a tube of Veet.

The starer - Guys, believe it or not, what you think is a romantic and passionate gaze at a beautiful woman in a bikini, she probably thinks "AAARRRRRGGGGHHHHHHH weirdo alert!" Enjoy the beauty of a beach and of course it's local sirens there to please your eyes, but do it with some discretion. We recommend Polarised lens on your sunglasses and moving your head from side to side occasionally to do it discretely. No one feels comfortable when being stared at!

Well that's all the summer beach advice we have for you today, but have a think, if you fall into one of these categories, sort it out…

And before we go, "if we can offer just one piece of advice, WEAR SUNSCREEN!"