May 17 - GGCA Opinion Piece: The Pay Cap – The Discontent Explained 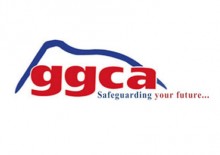 Every year, following the announcement of the Budget, civil and public servants are usually granted a ‘cost of living’ rise in salary. The idea behind this is that income should rise in accordance with inflation – when the RPI increases and salaries stay stagnant, over time, employees’ salaries begin to depreciate. The cost of living raise guarantees that civil and public servants’ income is protected against inflation and it means that salaries, following the raise, in effect retain the same purchasing power.

Historically, before the Budget was announced, the Chief Minister would sit with unions to have discussions over the cost of living raise. However, over the past couple of years, this has not transpired. Last year, before the Budget was announced, the GGCA Committee was not overly concerned that requests to meet had not been acceded to, as the 2015 GSLP/Liberals manifesto, (p13/14) states the following:

“At the end of the two year period, we will again commit to Public Sector pay rising at least by the rate of inflation each year as from financial year 18/19.”

To the dismay of the GGCA Committee, in last year’s Budget speech, an unprecedented cap on the public sector cost of living raise was announced. The rate of inflation was 2.5%, but all officers earning £46,000 and above would not have a raise of 2.5% - for this group, the inflationary raise was capped at 60p an hour. This means that the 465 civil and public service employees who have been affected by the pay cap have not had a public sector pay rise commensurate with the promise made in the 2015 GSLP/Liberals manifesto.

In order to do so, Mr Speaker, public sector pay will go up this year by the lower of 2.5% of the individual’s pay rate or 60p an hour. In effect, Mr Speaker, this 60p per hour cap on the pay rise will kick in on basic salaries over £46,000 per annum.”

What seemed anomalous to the GGCA Committee at that point was that, in the same Budget, a GDP increase of 8.6% was announced. If the economy is booming, why was a pay cap (the first one of its kind) introduced?

Shortly after the announcement of the Budget, it did seem that the GGCA membership, though not pleased with the pay cap, did not seem to have much of an appetite to take action on this issue. A number of meetings were held, which led to a formal request for a reimbursement of the cap to the officers affected, sent to the Chief Minister on the 8th February 2019.

The trigger point for the current discontent and disappointment in the GGCA membership came at a meeting held on the 4th April 2019 to discuss the claim for reimbursement of the pay cap. In that meeting, the GGCA Committee was informed by the membership that the Government of Gibraltar had introduced a 10% Responsibility Allowance for some officers. The GGCA Committee was dismayed by this because, for the last 18 months, all matters relating to allowances had been held up by an exercise undertaken by the Human Resources Department to standardise all allowances and set a criteria for eligibility for each one. The GGCA Committee had been very patient in waiting for the completion of this exercise, because transparency and set criterion for allowances is obviously good for the GOG and for all staff. It seemed to the GGCA Committee that no allowance could be introduced to reward officers for ‘Responsibilities’, without consultation with the union, and without setting out the relevant criteria transparently, and opening the allowance to all officers, to enable those who meet the criteria to apply.

This matter was raised with the Chief Secretary on the 5th April 2019. To the surprise and disappointment of the GGCA Committee, it was confirmed that the Responsibility Allowance had been awarded, but we were not informed as to criteria for eligibility, the officers who had been awarded this allowance, nor the reasons underpinning the decision to award this allowance without prior union consultation. The allowance was later suspended to allow for consultation with the GGCA, which has not yet taken place.

It has been the implementation of this allowance that has created the strength of feeling in the membership today and which led to the protest yesterday. If the purpose of the pay cap was to “start reducing the gap between the higher and lower paid in the public sector and between the public and private sectors generally,”, how does this fit in with a 10% raise to an undisclosed group of senior civil servants? Won’t this have the effect of making the gap larger for the recipients of the allowance? Has the pay cap been implemented to prejudice the majority to reward a smaller group of favourites? Will the majority suffer a depreciation of salary to allow for a larger reward (much more than the cost of living), to a handful of officers, on a set of criteria which is yet to be disclosed?

We feel that this was an attempt to undertake an unfair distribution of wealth, which is at odds with the Chief Minister’s 2018 Budget speech assertion that: “this unprecedented run of growth has demonstrated in an objective manner our success in these past seven years in the management of our economy. WHATEVER ANYONE ELSE MAY SAY. We have also demonstrated that we have known how to spread that wealth. We have known how to manage also the redistribution of that wealth in our Community”.

Again, if there was an unprecedented run of growth, why implement a pay cap? And if there is genuine willingness to spread wealth, why implement a 10% Responsibility Allowance for a select few, without consultation and without criteria, when all senior grades are capped? We feel that this represents an unfair distribution of wealth, hence the desire amongst senior civil and public servants to take to the streets yesterday. As any local will know, the civil service membership is not particularly given to activism, senior grades even less so. The turn-out of a 100 plus to a protest outside No 6 Convent Place is testament to the grievance felt by the membership.

In fairness to the Chief Minister, in an email dated 25th April 2019, he extended an invitation to meet to the GGCA Committee and a group of representatives from the GGCA membership to discuss the pay cap issue. However, given the lack of consultation on the pay cap pre-Budget in 2018, and the lack of consultation prior to the introduction of the Responsibility Allowance, the membership was of the view that this would be ‘too little, too late’.

It is felt that, if our situation pre-Brexit requires that we tighten our belts, even with unprecedented growth in our economy, then we should all tighten our belts. Brexit should not be used as an opportunity to arbitrarily punish senior civil and public servants, whilst rewarding the favoured few.