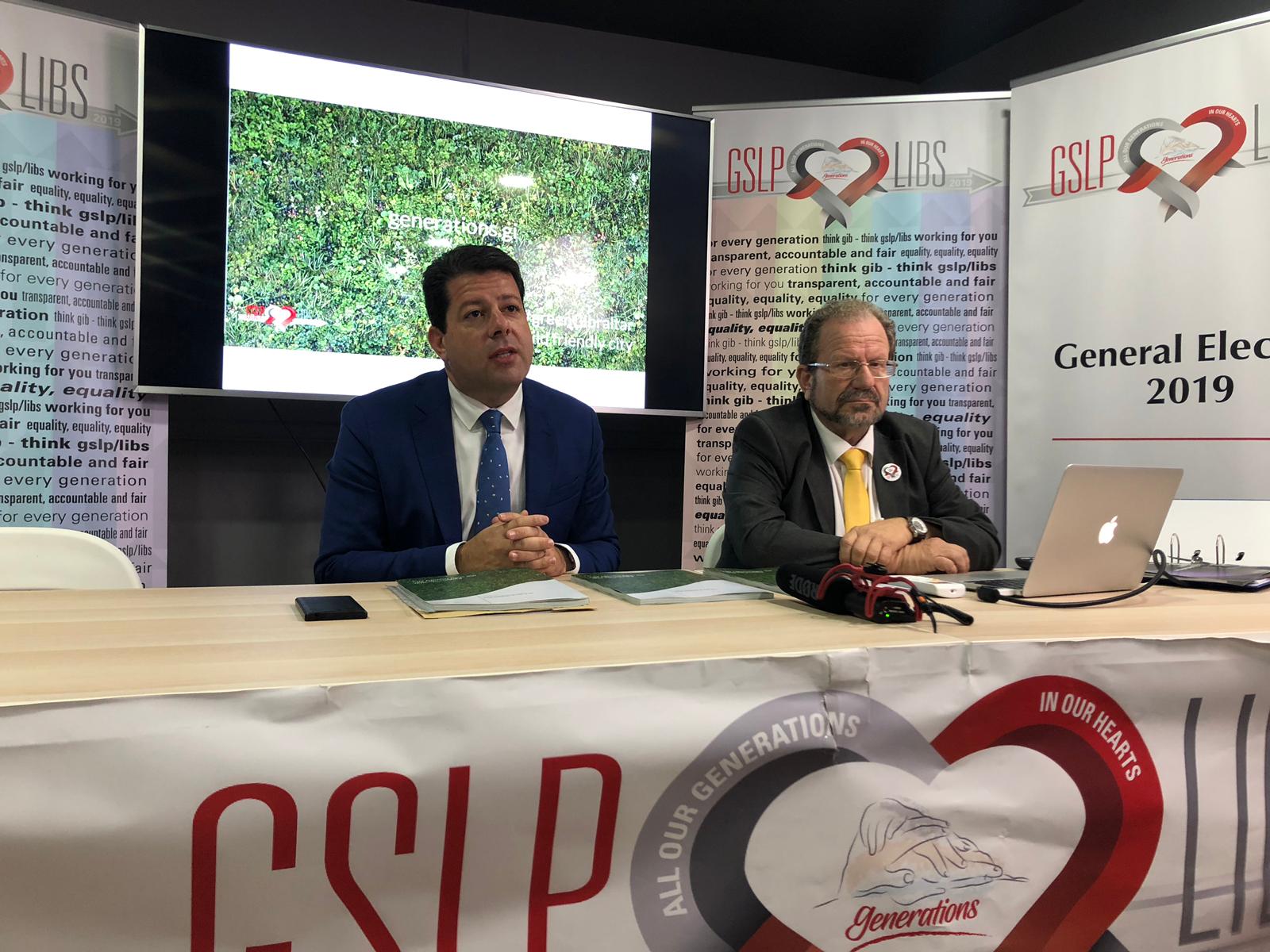 Cortes: GSLP-Liberals Have Brought Environment To The Top Of The Political Agenda

“All three parties contesting these elections are claiming to have the Environment at the top of their agenda. But the facts show that only the GSLP/Liberals have any record at all on the Environment.” This was the central message from Professor John Cortes at a press conference this afternoon held at the GSLP’s Campaign Headquarters at Irish Place alongside GSLP Liberal Leader, Fabian Picardo.

Dr Cortes added: “It was the GSLP administration of the 1990s that created the Department of Environment and the Upper Rock Nature Reserve and introduced progressive environmental legislation. Nothing then happened for 16 years. Now, since 2011, the GSLP-Liberals have ensured that everyone is talking Environment.”

The press conference on Environment held today was the first of two, another will be held next week. John Cortes, who has served as Minister for Environment, Energy and Climate Change, detailed the ‘progress made in the recent past’ and the plans for the future on issues of Environmental Governance, Climate Change, Air Quality, recycling and waste.

Dr Cortes added: “The GSLP/Liberal administration inherited a Gibraltar where climate change was not even spoken about outside the world of NGOs. There were no moves towards energy efficiency or renewable or the impact of plastic.

At the press conference John Cortes showed how carbon emissions from power generation are now falling, even “before the impact of LNG replacing diesel.” He also demonstrated how there already exist strategic analyses and plans with measures to continue to reduce the Rock’s carbon footprint.

Mr Cortes went on to say: “Power from LNG in the MAN engines at the new north Mole Power station results in 44% less carbon dioxide than diesel. It also reduces particle emissions to almost zero, sulphur dioxide by 99% and nitrogen oxides by 90%. At the same time, Waterport power station is now mostly switched off, and the two South District power stations are no longer in use.

“Thanks to the GSLP/Liberals’ energy and air quality strategy, for the first time ever, Gibraltar was below EU limits in 2018, even before LNG, and the trend continues. The GSLP/Liberals are now continuing the move in pushing ahead with solar power initiatives. Already the equivalent of 350 flats are powered by solar, and this is about to jump by more than five times that in the next twelve months.

“Moves to electric vehicles, including buses, and the encouragement of walking and cycling by providing cycles lanes, and the north-south Walk the Wall initiatives as well as the rolling out of the STTPP will now serve to reduce the next challenge to air quality: traffic. The greening of Gibraltar with 7 parks will contribute to this too.

“Shipping is also being tackled with legislation ready which will control black smoke from ships, a move to onshore power to avoid ship engines running whilst in Port, reassessing of no-anchoring areas on the SW, and adoption of International Maritime Organisation regulations on fuel for ships immediately they are introduced within months”, explained Dr Cortes.

The Leader of the GSLP Liberals, Fabian Picardo, said: “John Cortes has inspired us all in Cabinet. He has led on this issue in our national debate on the environment. He has led on the declaration of the Climate Emergency. John Cortes is Mr Environment. He is the best candidate in this election to be Minister for the Environment in a Cabinet of GSLP Liberals designed to deliver a #greenGibraltar.”

In response to questions from the press about encouraging a ‘green economy’, Mr Picardo said: “Our opponents in this campaign are committing themselves to things that we have already done. I have seen that the GSD and TG have proposed to do things that are already in our laws. I don’t know what they do during my budget speeches [...] the important measures we are implementing are tax breaks if they (businesses) take more environmentally sustainable measures and tax concessions for individuals who want to install facilities in their own homes and measures against plastic. They are all there.”

Part II of the Environment Press Conference will be held next week and will deal with other environmental issues including Biodiversity, nature protection, dogs and animal welfare, green areas and fishing.