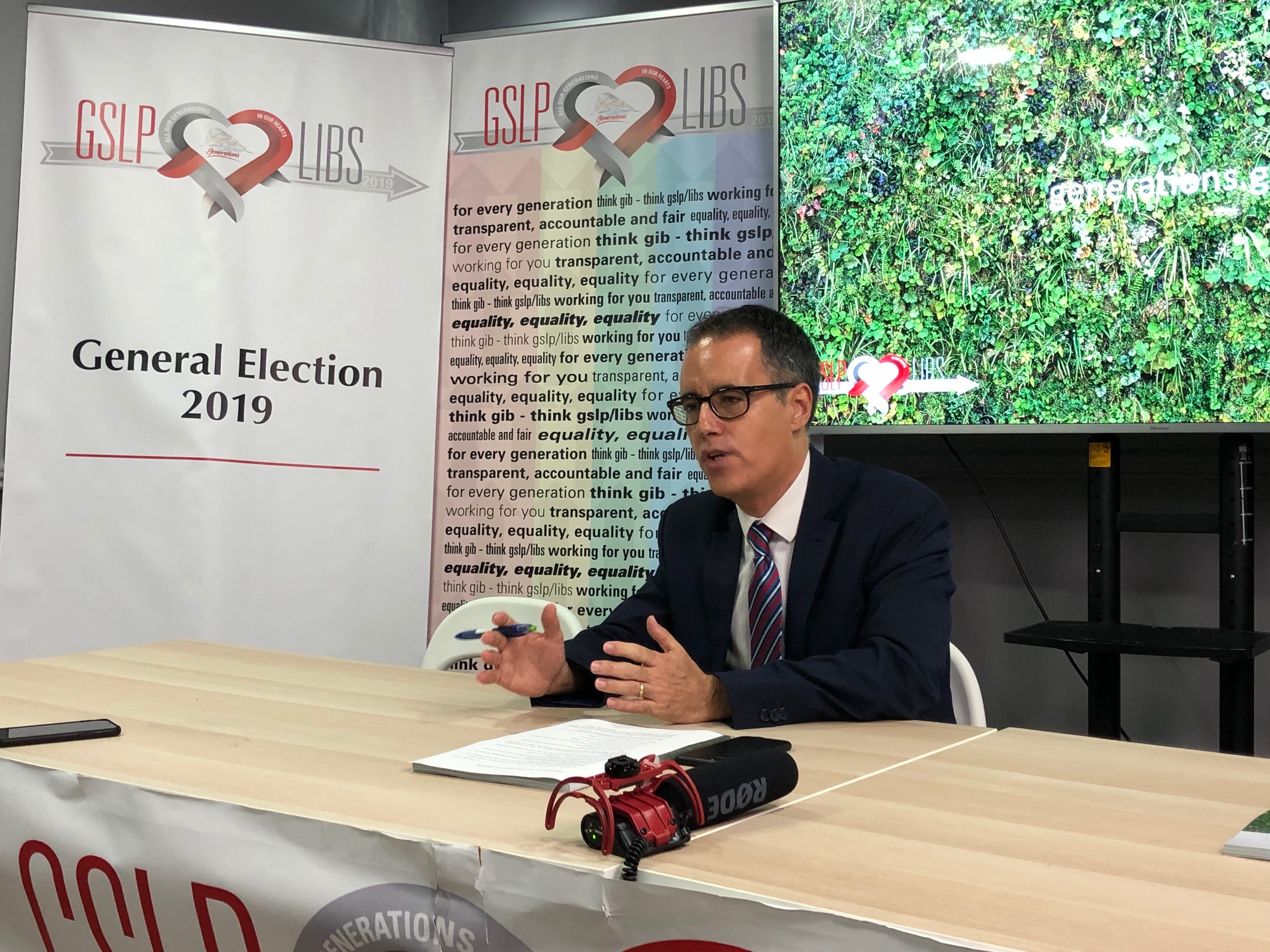 At a press conference held today at GSLP Campaign Headquarters in Irish Town, Liberal Party of Gibraltar leader, Joseph Garcia, said: “The GSLP/Liberals remain committed to enhancing our democracy. We have already moved Gibraltar forward in this area considerably from the position that we inherited in 2011. We will continue to consider and introduce measures designed to improve the quality of the democracy that we enjoy.”

He added: “We have, from 2011 until 2019, introduced a series of reforms to enhance the democratic process in Gibraltar. This was particularly rapid in our first term of office. The process slowed down after 2015 due to the volume of work generated by Brexit.

“It is important to bear in mind that during most of our time we have faced the most aggressive Spanish Government since the days of General Franco,” added Dr Garcia before listing the changes as follows:

-  There is more public information available on-line than ever before.

-  A Freedom of Information Act is now in place.

-  We increased the frequency of meetings of Parliament, from 12 a term to 33 a term, until this was slowed down by Brexit.

- We established a Commission on Democratic and Political Reform. The recommendations of the Commission were sent for further discussion to a Select Committee on Parliamentary Reform.

A number of its recommendations have already been adopted.

-  More meetings of the Gibraltar Parliament.

-  Meetings of Parliament are now streamed live and televised.

-  More Motions are now tabled for debate in Parliament.

-  More important statements and policy announcements are now made in Parliament rather than in the media.

-  A new pension scheme has been introduced for new Members.

-  A new rolling Register of Electors is now in place.

-  The introduction of vote by proxy for this general election (as happens in European elections) is also an important step forward.

-  An Act has already been passed regulating the holding and conduct of referenda in Gibraltar.

-  The Clerk has investigated the use of technology for elections in Gibraltar.

In addition to this, since 2011, Dr Garcia reminded the community of the steps taken already to improve the way in which Parliament works, including:

-  On-line verification on Register of Electors.

-  Parliament chamber has been refurbished and modernised.

He said the GSLP Liberals had also transformed the planning process in Gibraltar.

-  The entire planning process is public and available on-line.

-  The agenda and minutes are published on-line.

He said the following will be discussed in the Select Committee on Parliamentary Reform:

-  Continue with the recommendations of the Commission on Democratic and Political Reform.

-  Code of Conduct for MPs.

-  Code of Conduct for Ministers.

-  Establish a Select Committee on Exiting the European Union and the Future Relationship.

-  Establish a Select Committee on the Constitution.

-  Review the workings of the Development and Planning Commission and consider any improvements which may be required to the existing process.

-  Appoint a Minister with specific responsibility to oversee the delivery of our election manifesto.

-  Review the fundamental rights section of the Constitution of Gibraltar in the light of developing law and practice.

The Leader of the Liberal Party Dr Joseph Garcia said:

“Gibraltar has progressed considerably and in the right direction since 2011. However, there is still more to be done. We would have moved further still had it not been for the inordinate amount of time that we had to devote to the work related to our potential departure from the European Union. We look forward to a renewed mandate from the electorate in order to progress matters further.”