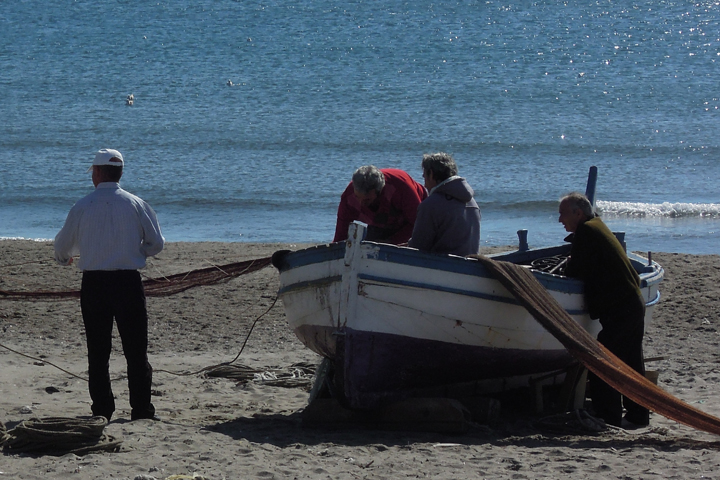 As works in the area of the Eastside Reclamation continue, President of La Linea’s Fishing Association, Leoncio Fernandez has expressed anger over the fact that the Spanish fishermen continue to be prohibited from fishing in the area.

A report in Spanish daily Europa Sur notes that Sr. Fernandez insists that the dredging does more damage to the seabed, than fishing does. Sr. Fernandez explained that dredging works take years to recover. He added that during dredging, thin shells, clams and cockles are destroyed.

Speaking to Environment Minister Dr. Cortes about the issue today, he noted that dredging works were in fact not going on in the area. He added, ' the Government took a policy decision at the very beginning, that we would not be dredging the east side. I can only assume that the impression [comes from] the works on the beach where they may be seeing machinery around whilst they are out at sea by Sandy Bay.' He explained that as there is no dredging works going on, therefore there won't be any adverse effects on marine life. ' ON the Contrary, the groins will attract marine life. They've made a mistake, there is no dredging going on.'