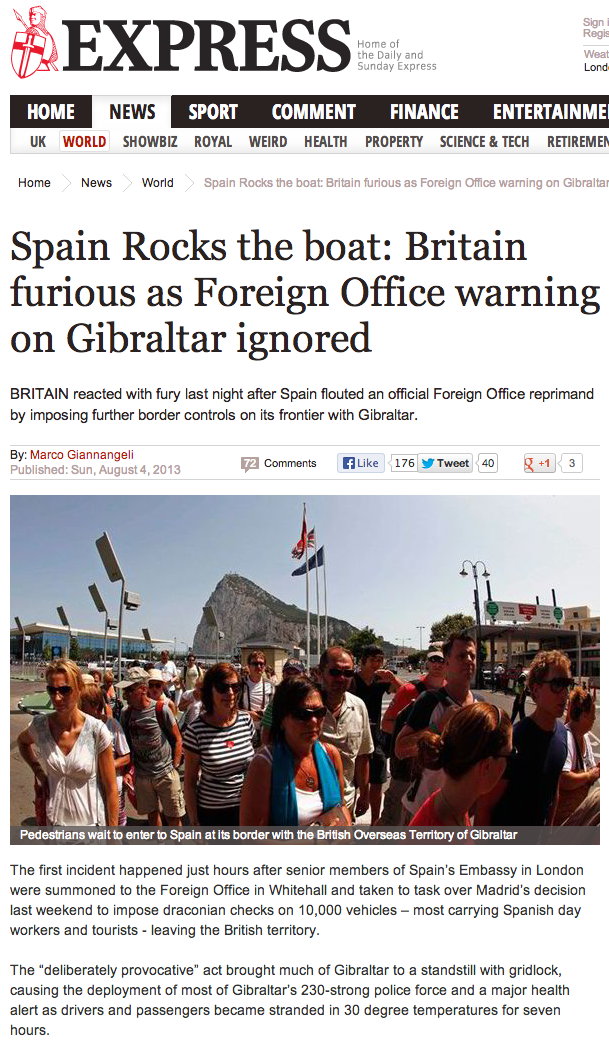 The article outlines the recent summoning of Spain's ambassador to the Foreign Office. It states that "Britain reacted with fury last night after Spain flouted an official Foreign Office reprimand by imposing further border controls".

This continued press coverage continues to highlight the situation in Gibraltar, where Spain is reportedly targeting Gibraltarian's with property in Spain as well looking at imposing a 50 euro fee to enter or exit Gibraltar through the land frontier. It has also been said that Spain is looking at changing regulations on air space, meaning that flights to or from Gibraltar would not be able to pass through Spanish air space.

With the situation seemingly getting worse before it gets better, local companies have started to feel the pinch. Quoted in The Express's article, a local company owner added "Spanish border guards have stopped us crossing into Gibraltar for three days now, and have turned away seven of our lorries which were carrying concrete and aggregate from Spain. They give no formal explanation at the border and there's certainly no legal reason."

You can read the full article here: