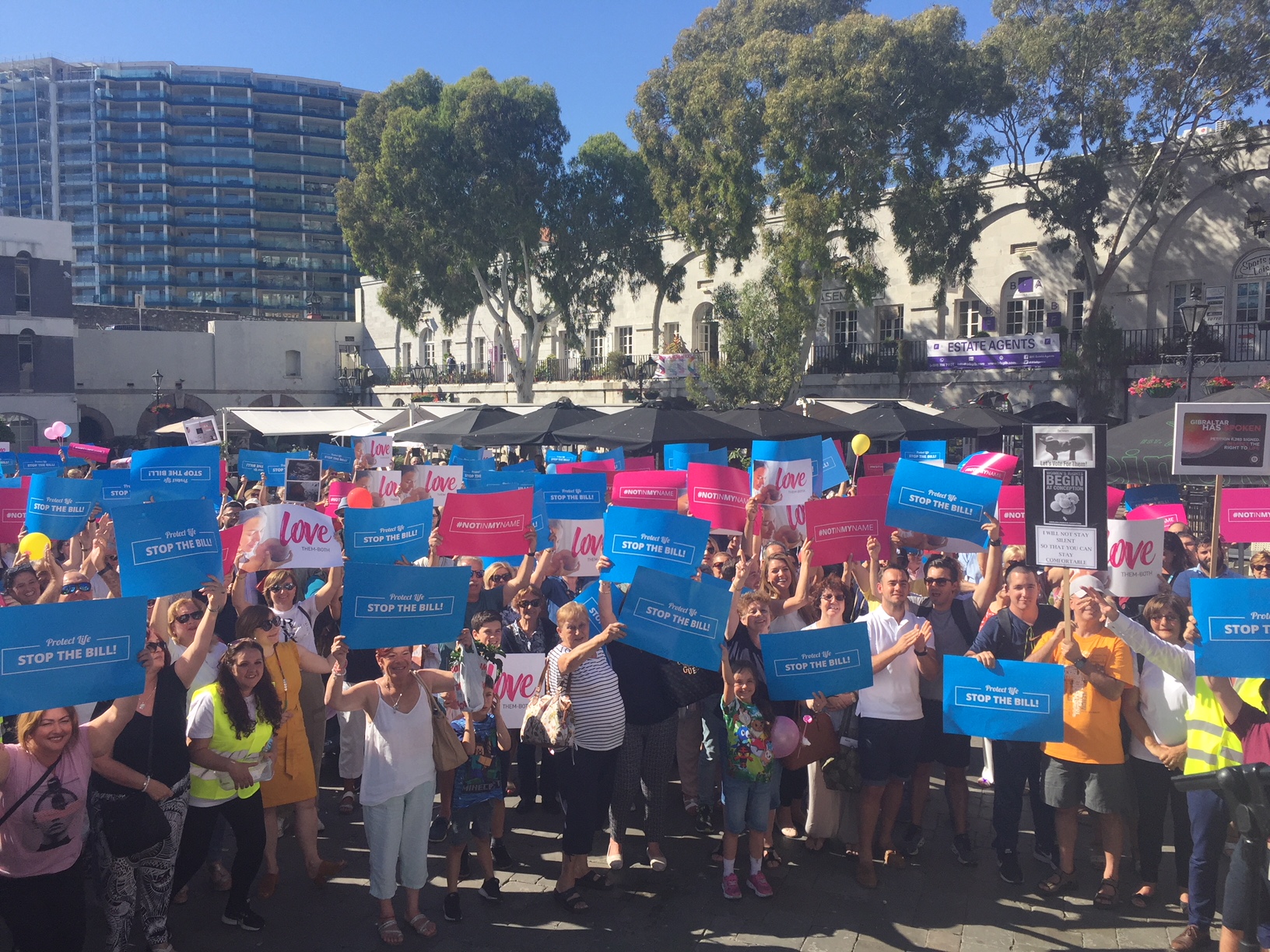 A statement from the Gibraltar Pro Life Movement follows below:

Now more than ever, people need to send an unequivocal message to Government that Gibraltar values mothers and unborn children.

The people of Gibraltar need to "make their voices heard loud and clear" in opposition to proposals to bring in a radical abortion regime in Gibraltar.

Speaking at the crowded Stand Up For Life Rally in Casemates Square this evening, Chairperson of the Gibraltar Pro Life Movement Karenza Morillo said: “Parliament is considering a fundamental change to our abortion laws that will introduce abortion on wide-ranging grounds. The public needs to send an unequivocal message to our public representatives that we value unborn children and their mothers and that we believe in finding better answers than abortion. We need to send the message loud and clear: Gibraltarians don't want laws which treat unborn children as second-class citizens.

“Gibraltar knows what it is to stand against the political wills of other nations, we have learnt to withstand tyrannical and undemocratic impositions which rather than weaken us, have strengthened our identity as a people and our resolve to strive for self-determination. We are a community which values life and family; we have members of all faiths and of none, and we live in peace and harmony; we respect and support each other and come together in times of need; and we protect the most vulnerable. This is our strength.”

Dr. Calum Miller, a medical doctor and researcher at Oxford also addressed the Rally. He reminded the attendees that Gibraltar is under no obligation to further legislate for abortion and said that coming from England he has seen the results of a culture where abortion is widely available and it harms rather than helps women.

Lois McLatchie also spoke at the event. As a lawyer working at the United Nations, she confirmed that Gibraltar is not required to legislate for abortion as a result of the European Court decision and reminded the rally that there is no international human right to abortion.

She said: “There is no human right to abortion. Not within any international human rights legal treaty – not throughout history, and not today. You are the ones truly upholding the principles of dignity, equality and respect that are at the very foundation of a just legal society. Be a light. Don’t let influence of money or power detract from the roots of who Gibraltar is and what Gibraltar believes.”

Stephane Yeo also spoke at the event and outlined the support work that GPLM does for women and vulnerable families in Gibraltar. She encouraged attendees to support this positive work and ask our Government to do likewise. She called on all attendees to get more involved in helping support women in unplanned pregnancy and their families.

A video message from Northern Ireland reminded attendees why they should remain strong and say No to abortion being forced on Gibraltar. A second video message from US abortion survivor Melissa Ohden had a big impact when she described how her mother’s ‘choice’ nearly ended her life. She urged Gibraltar to continue to work against a radical abortion regime here.

Attendees were reminded that if they wanted to know more about the proposed law, a meeting will take place tomorrow Tuesday, 11th June in Bleak House at 6pm where a panel discussion with a questions and answer session will be facilitated.

With Joe Cortes as MC for the event, a positive family friendly atmosphere prevailed, and the hundreds of attendees left committed to work to ensure that Gibraltar remains a country where women and their unborn babies’ lives are protected in law. 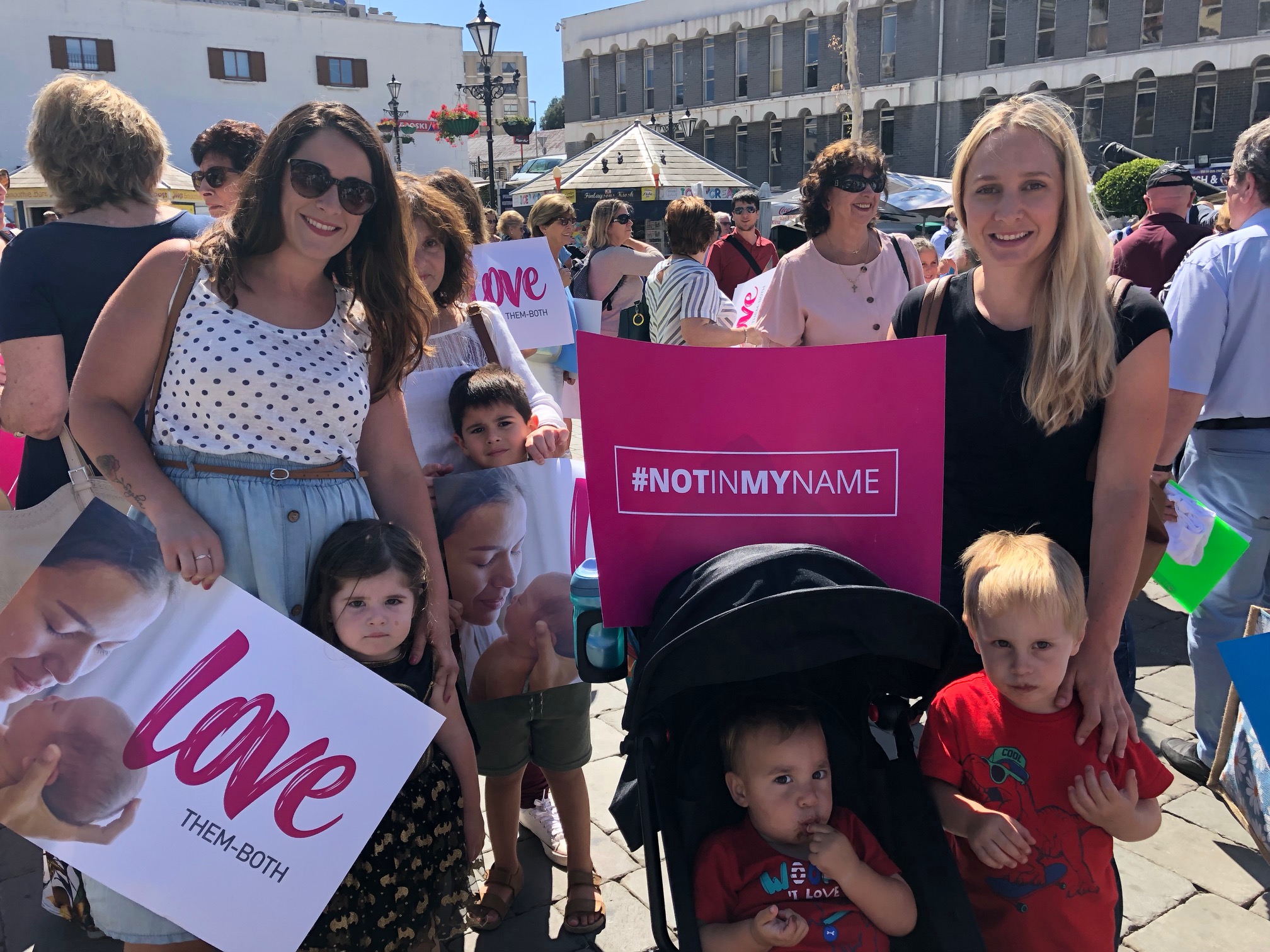