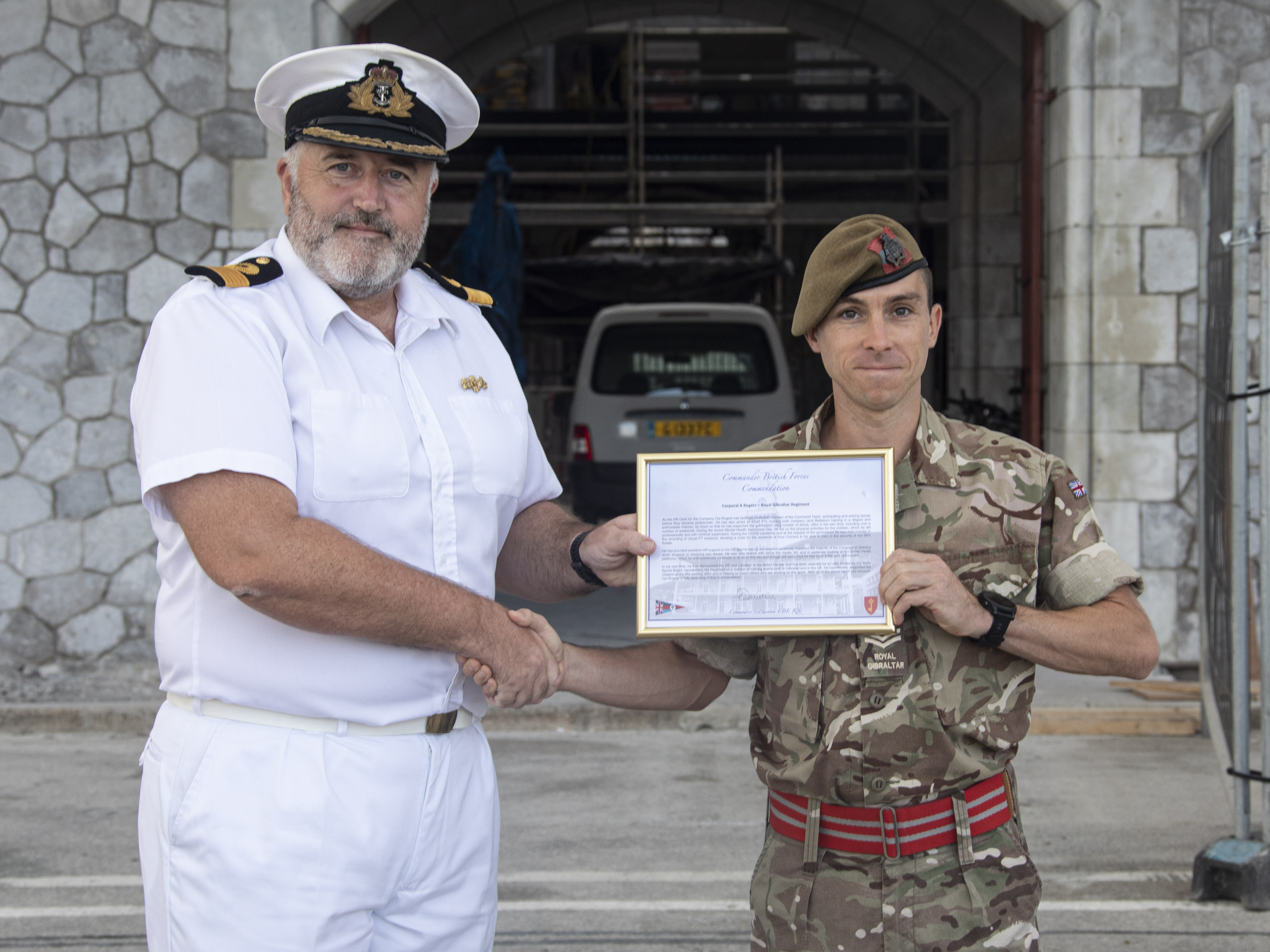 During his tenure as a Human Resources administrator, Cpl Rogers took on several  additional responsibilities including the running of the RG social media accounts and being  the lead Physical Training Instructor for the Regiment. This was achieved around a gruelling  training schedule, which led to great performances in the running scene and being selected  to represent Gibraltar at major competitions. During this period Cpl Rogers was also selected to represent the Army on numerous occasions and was instrumental in the  development of the newly formed RG running team that now competes regularly in the local  race league.

His performance was highlighted by his Officer Commanding who said: “It is absolutely fitting  that Cpl Rogers has been recognised for his contribution over the last year; not only was he critical to the sub-unit’s outputs but he also played a considerable part in supporting the  wider MoD community with the creation of the ‘stay fit at home’ programme. He has been a  great ambassador for the RG when competing, both locally and internationally, and is often  admired for both his commitment to running and his passion for others to take on the sport”.

Cpl Rogers has now moved to a different department on promotion. He has successfully  completed a logistician course and will be supporting the deployment of the RG overseas  later in the year.