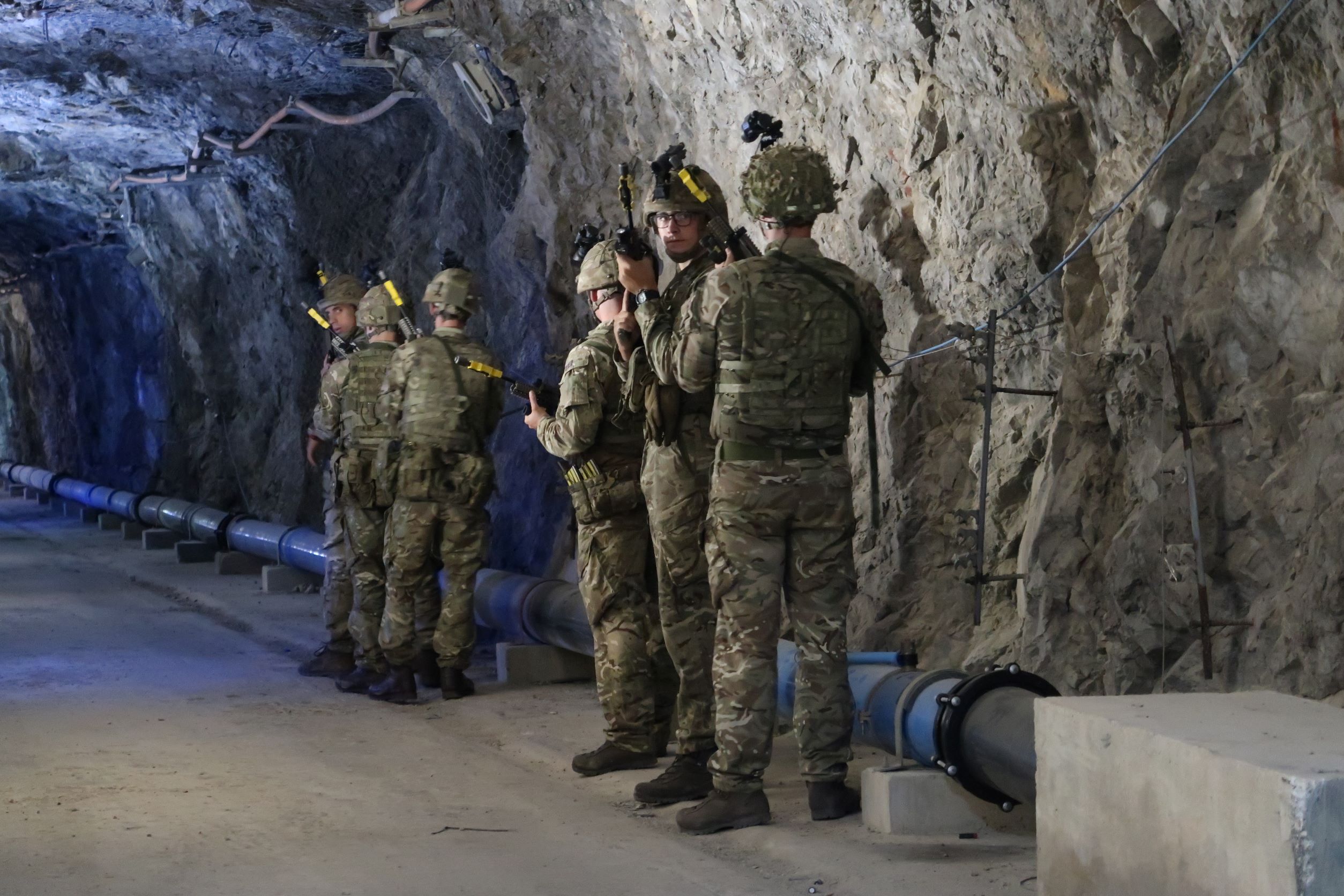 A statement from British Forces Follows below:

The training, which happens at least three times a year, was conducted from 4 to 11 October  in Great North Road, Peterborough Chambers and down to Calpe Hall.

There were close to 40 soldiers marching through the tunnels in complete darkness, using  their night vision goggles to enhance surveillance and target acquisition abilities allowing the  soldiers to detect an enemy early, react quickly and maintain a tactical edge. They carried  bags filled with water, ammunition and a warm kit along with an SA80 weapon.

I Company Soldiers have been implementing how to integrate new equipment such as  tactical shields, night vision equipment and the new protective Soldier Plate Carrier system, into the subterranean space.

The soldiers have also been mixing in the principles of Close Quarter Battle which is a  tactical situation that involves a physical fight with firearms involved between multiple  combatants at quite short range. The operators need great proficiency with their weapons,  and the ability to make split-second decisions in order to minimise accidental casualties.

Sergeant Field, First Platoon Sergeant said: “Training in the dark is always demanding,  especially over prolonged periods of time, in a confined space with heavy kit. The troops  love this kind of training because it’s soldiering in its purest form.” 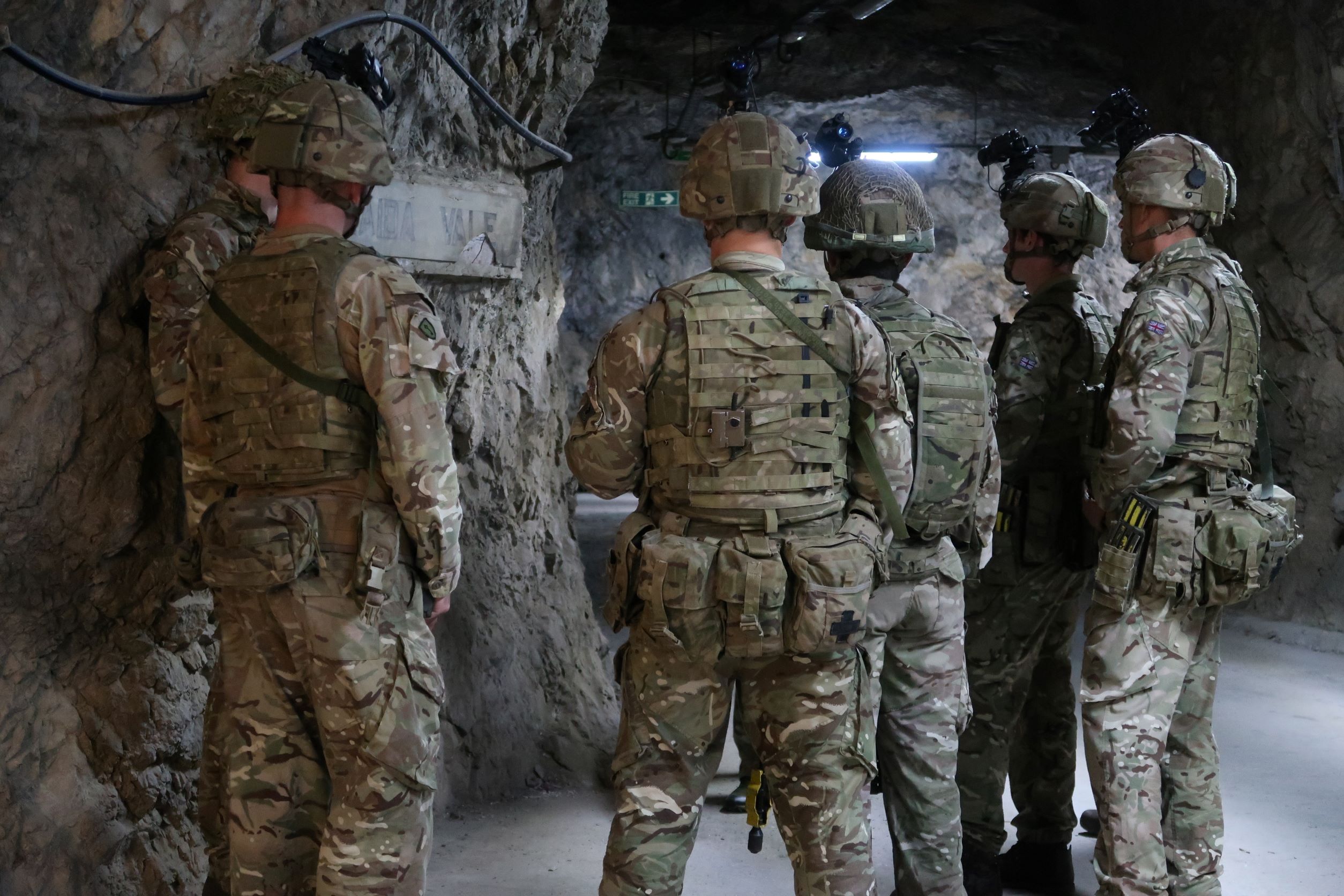 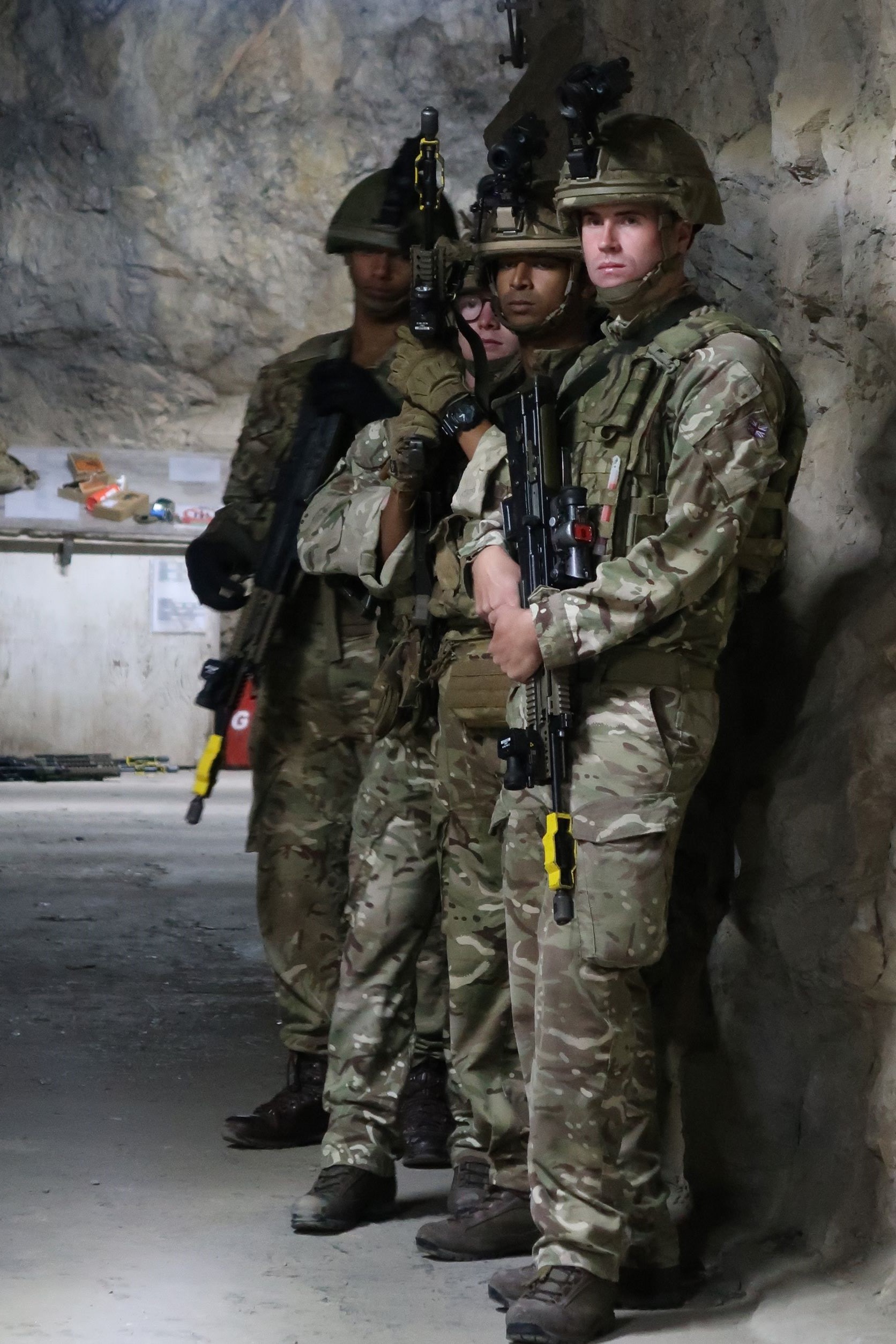