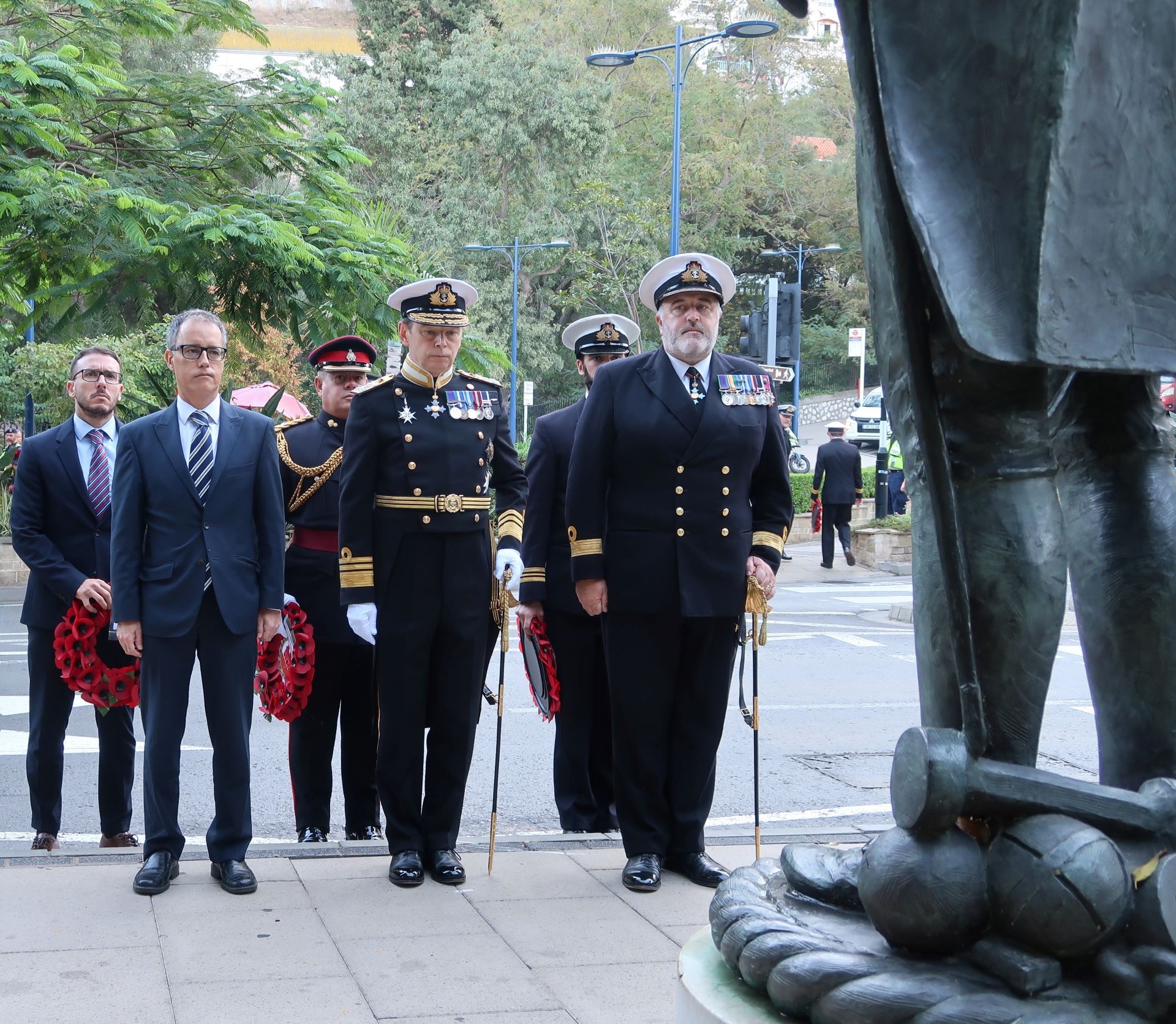 Members of the Royal Navy who are currently serving in Gibraltar gathered in the Trafalgar Cemetery to commemorate the Battle of Trafalgar.

The Battle of Trafalgar, 21 October 1805, was a naval engagement between the British Royal Navy and the combined fleets of the French and Spanish Navies during the War of the Third Coalition.

Commander Hawkins, Royal Navy, and Commanding Officer Royal Navy Gibraltar Squadron Lowe placed wreaths on the graves of those who died as a result of the Battle.

During the service, The Governor, Vice Admiral Sir David Steel read the despatch from Admiral Collingwood followed by The Preamble which was read by the Deputy Chief Minister Joseph Garcia.

The Lord Nelson’s Prayer was delivered by Commodore Steve Dainton, Royal Navy, who said: “We are exceptionally fortunate to remember perhaps the most famous naval battle that took place 216 years ago.

“Remembering the men that fought in all the fleets, including nine Gibraltarians in the British Fleets.”

The Command Chaplain, Father Danny Hernandez, led the prayers and pronounced the Blessing. This was followed by the Last Post and Reveille and the first verse of the National Anthem.