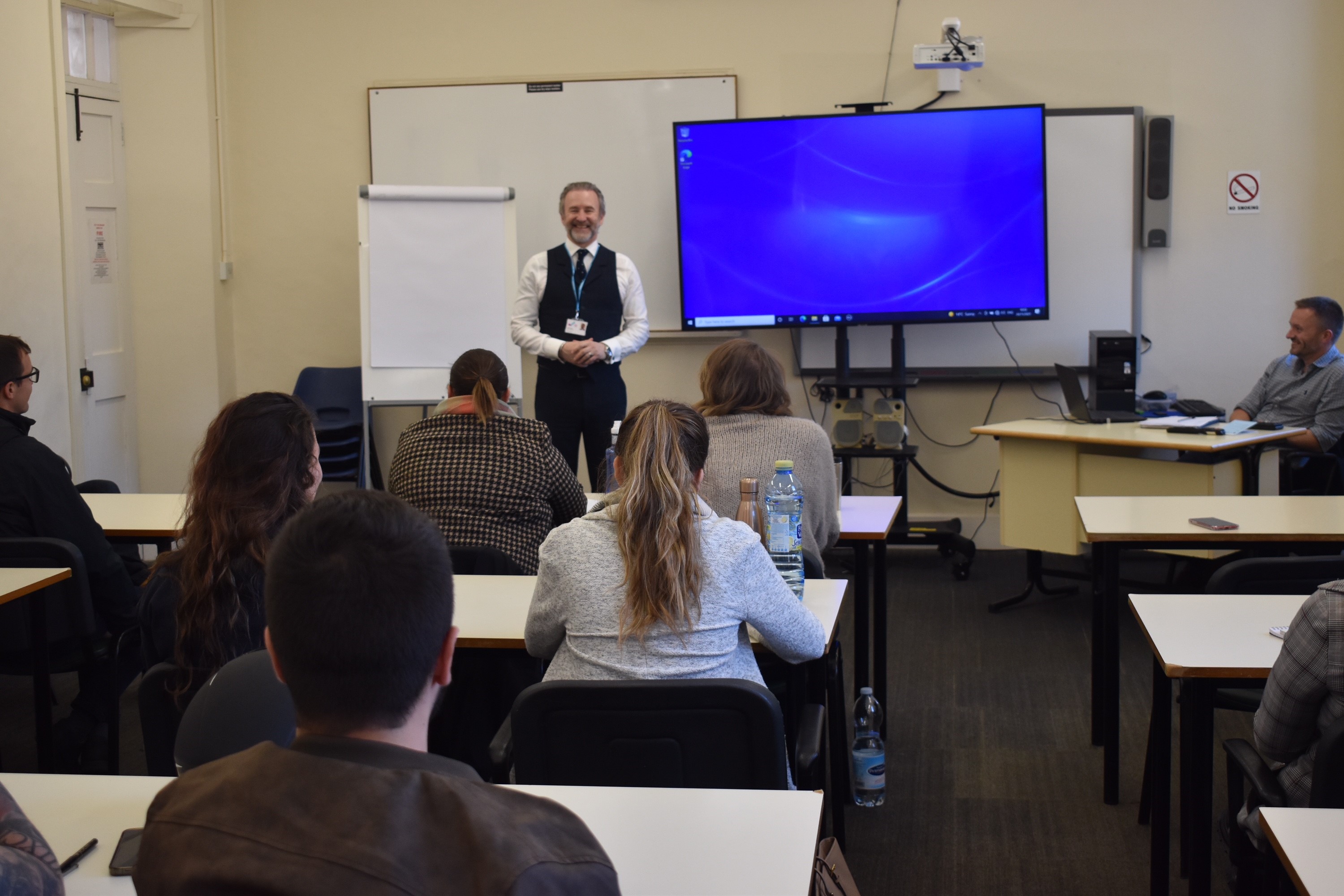 To Mark the UN’s International Day for the Elimination of Violence against Women the RGP’s Command Team, led by  Commissioner of Police Richard Ullger, were briefed and updated by Pete Williams and Bridie  Anderson from Safelives.

Safelives is the UK charity which, last year through the Minister for Justice, provided Domestic  Abuse training to every RGP officer from the most junior to the most senior. Also involved in  today’s briefings was Inspector Deborah Ashthorpe who leads on Continual Professional  Development for domestic abuse champions within Hampshire Constabulary and who has  trained 450 staff in this role. As a result of this work, Deborah also developed and led the UK’s  national domestic abuse champion’s network, setting the groundwork for real culture change  across UK police forces in relation to domestic abuse.

On Wednesday, the RGP’s domestic abuse champions were joined by relevant staff from the  GHA and the Care Agency for the Domestic Abuse training day.

A year ago, the RGP champions were specially selected to lead relevant debriefs and to assist  with the RGP’s response to incidents. Their focus is consistently on protecting victims,  reducing vulnerability, upskilling colleagues and partners to emphasise the importance of  supporting victims of domestic abuse.

“I cannot think of a better day for the Command Team to be updated on this subject than on  the International Day for the Elimination of Violence Against Women. But domestic abuse is  a complex subject and, as well as violence, this abuse can take many forms such as  psychological, physical, sexual, financial and emotional abuse.

“In the last 18 months, we have provided training on this subject to every RGP officer, we have  selected over 20 domestic abuse champions, we have established a new Domestic Abuse

Team and a new Victim Support Team. I think this shows the importance that we attach to  this abhorrent crime. I am grateful to all our visitors, Pete Williams and Bridie Anderson from  Safelives plus Katy Barrow-Grint and Deborah Ashthorpe for sharing their knowledge and  experience with us.”

“I am very proud that we are able to provide this level of training for RGP officers and for key  staff from the GHA and Care Agency as stakeholders. It is essential that they all work together  on this important matter. I am delighted that we have such highly qualified experts here this  week to continue to deliver the training programme and to pass on their knowledge and their  expertise. We cannot pretend that domestic abuse is not a problem here in Gibraltar so it is  essential that we have people trained to recognise it, people trained to deal with it  appropriately and people trained to support the victims of it.”