Together Gibraltar says it is “saddened and angered” by the derogatory language used by the New People in a recent publication referring to the Opposition.

We are saddened and angered by the hurtful language used by the New People  referring to the Opposition TG and the GSD that insults and denigrates people with  mental disabilities in our community.

Using the word ‘retarded’ is an insult to those with intellectual disabilities whose families have fought for years to break those stigmas.

This is a term coined in 1961 to refer to people with disabilities, but which is now  considered hate speech, bigoted, and highly insulting. There is no other definition.  The New People cannot proclaim innocence.

We take this opportunity to remind the public that this is a newspaper owned by the  Chief Minister, and paid for by the tax payer. It is run by GSLP executive members,  and the Chief Minister has admitted he writes for it under a pseudonym.

In the UK this latest article would have gone before the Press Complaints  Commission, with the newspaper receiving a hefty fine.

There is no excuse for this language. The Chief Minister, the Government and the  GSLP should hang their heads in utter shame. 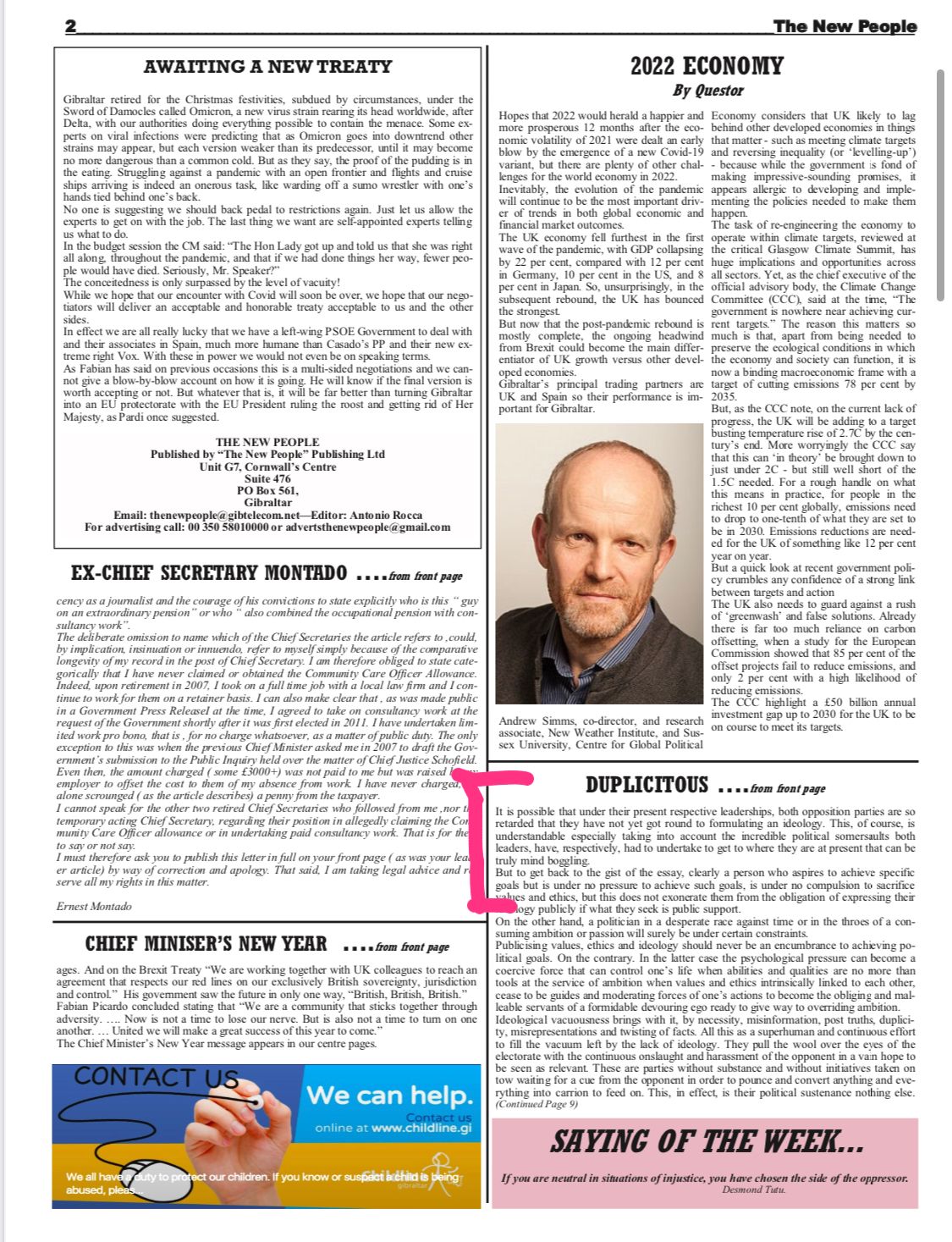