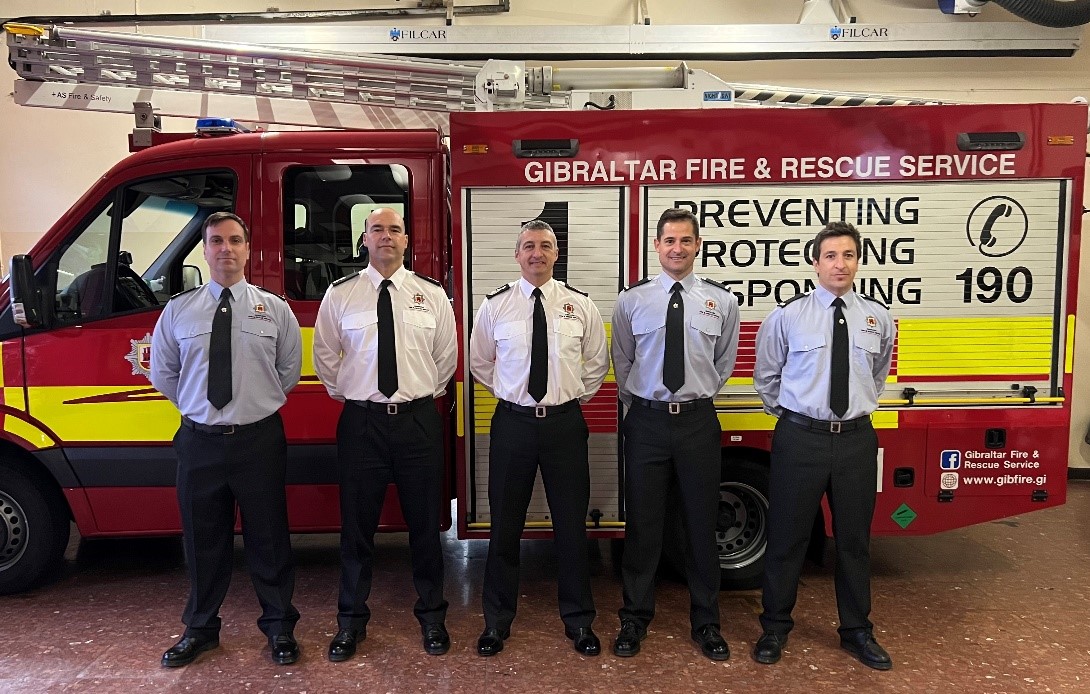 The Gibraltar Fire and Rescue Service have announced the following promotions within the organisation’s Operational Branch:

Sub Officer Jared Olivero has been promoted to the rank of Station Officer and will be posted to Blue Watch. As one of the Breathing Apparatus Instructors (BAI), he’s been instrumental in the development and maintenance of competence in BA firefighting, and search and rescue procedures.

Leading Firefighter Martin Posso has been promoted to the rank of Sub Officer and will be posted to Red Watch. Sub Officer Posso also forms part of the GFRS’ BAI compliment, a vital “core” discipline in any Fire Service.

The Senior Management Team said: "We congratulate these four officers for their respective achievements and wish them all every success as they take on these new responsibilities, leading their crews through the complex challenges faced by a modern day Fire and Rescue Service."