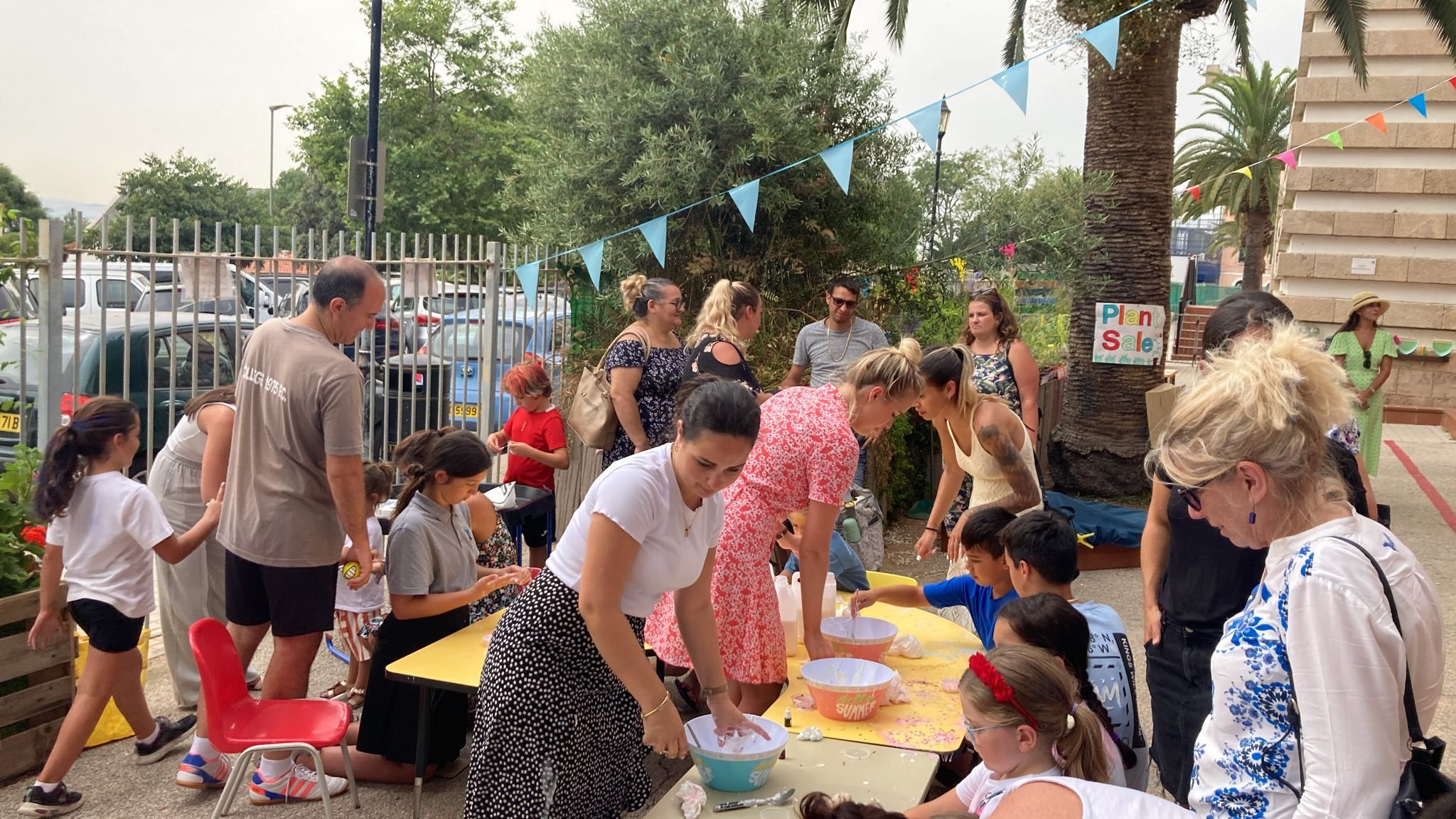 This was an opportunity to bring the whole school community together to celebrate and to create a relaxed environment for children, parents and teachers to enjoy the exciting afternoon.

A lot of learning has taken place around the event too.

Year 1 pupils have focused on the actual school building and learning about the set up of the barracks. Mr Phil Smith from The Gibraltar Museum came and talked about his time when he was a soldier and stationed here. He wore his soldier uniform and took the children back in time explaining which part of the school housed the dormitories, the kitchens etc. He also took the children through their paces with some army drills in our forecourt!

Year 2 pupils have been learning about what Gibraltar was like in 1992. Sir Joe Bossano was the Chief Minister at the time and this was also the year ofthe first National Day. The children enjoyed looking at photos which show how different Gibraltar was then, compared to now - Main Street hadn't been pedestrianized yet! They also looked at how children played in 1992 before the internet or mobile phones were widely available.

The event was a great success and the anniversary provided an opportunity for meaningful learning to take place linked to the school building which the children frequent every day. It was also a chance to celebrate a key milestone which showed the children how much the world and Gibraltar has progressed over the past thirty years.