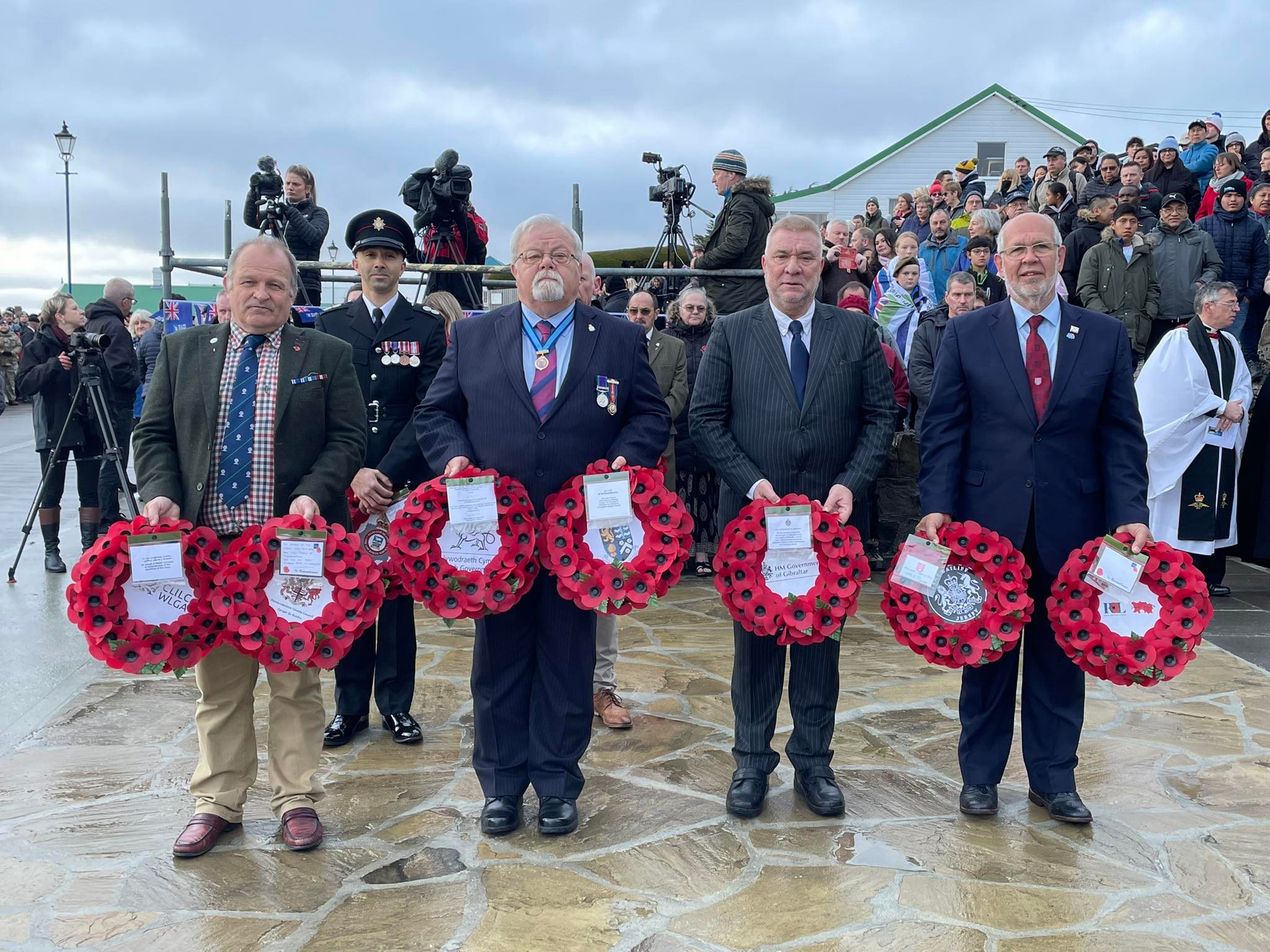 The Minister for Housing, Employment, Youth and Sport, Steven Linares, represented Gibraltar in marking the 40th anniversary of the Liberation of the Falkland Islands from Argentine occupation in 1982.

Gibraltar and the Falkland Islands share mutual support for their respective right to self determination and a commitment to further the growing opportunities for commerce between the two countries. As part of the visit, Minister Linares met with officials and politicians to learn more about the issues, challenges and opportunities facing the Islands.

During the remembrance ceremony, Minister Linares laid a wreath atthe Liberation Monument on behalf of Her Majesty’s Government of Gibraltar and the People of Gibraltar, in memory of those who served during the war. 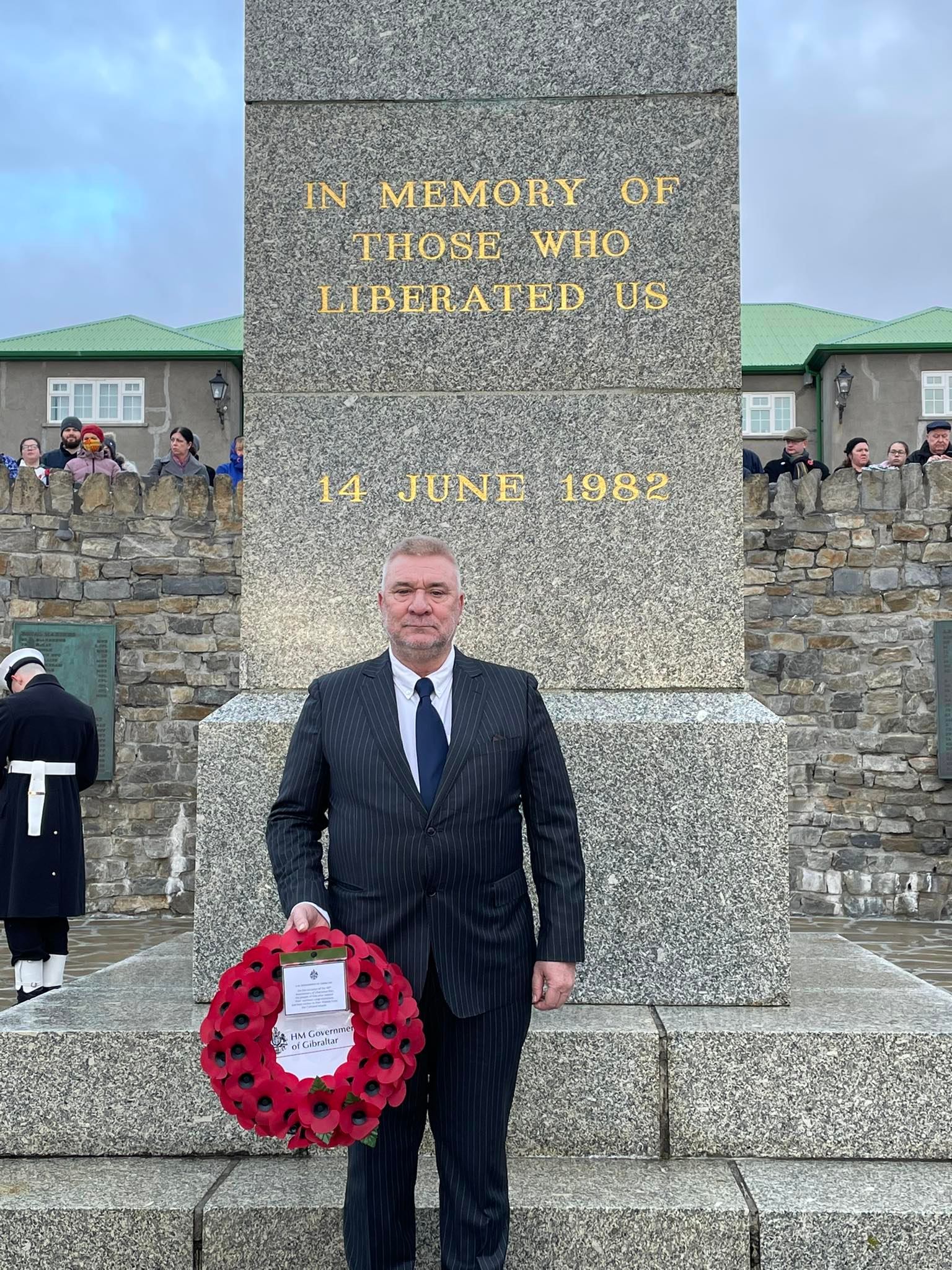