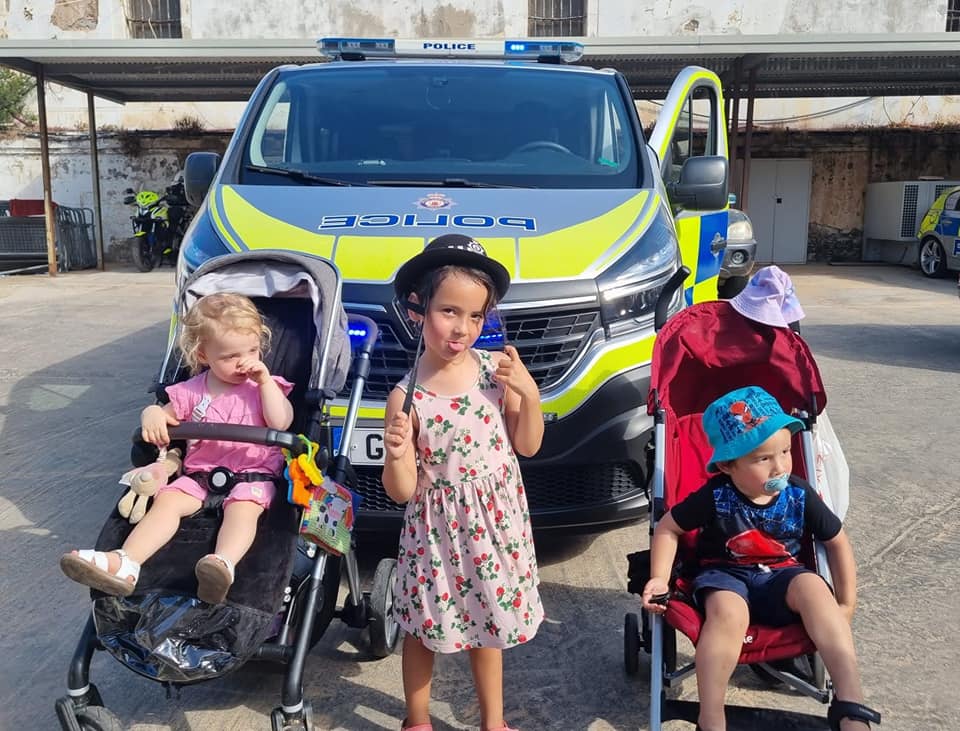 Three youngsters were given a tour of the RGP’s Traffic Compound by PC Julian Cruz this morning.

Ashleigh, Amelia and Oliver tried on police uniforms and sat in some of the police vehicles are part of their visit.

An RGP spokesman said: “Judging by their smiles, it looks like they had a great time. Visits like this are a good way to introduce our police officers to children from a young age, so that they know we are here to help them.”