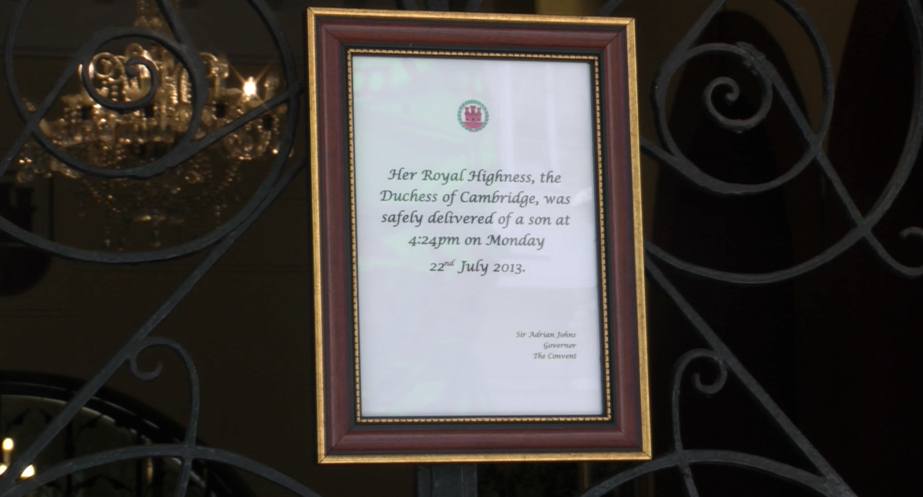 The Duke and Duchess of Cambridge yesterday evening announced the chosen name for their son, the future heir to the throne. On Tuesday the world was granted the first peek of His Royal Highness George Alexander Louis Prince of Cambridge.

George topped the list for betting companies who placed 2/1 odds on the name. George reflects the name of six former Kings of England, including the Queen’s own father who was dubbed George the Sixth and sat on the throne between 1936 and 1952. George is also a quintessentially British name with England’s patron Saint, and former King sharing the royal heir’s name.

Louis follows Prince William’s great-great- grandfather of the Duke of Edinburgh’s side, Prince Louis of Battenberg who also shared the name with Prince Philip’s uncle, Louis Mountbatten who was killed on his yacht by an IRA bomb attack.