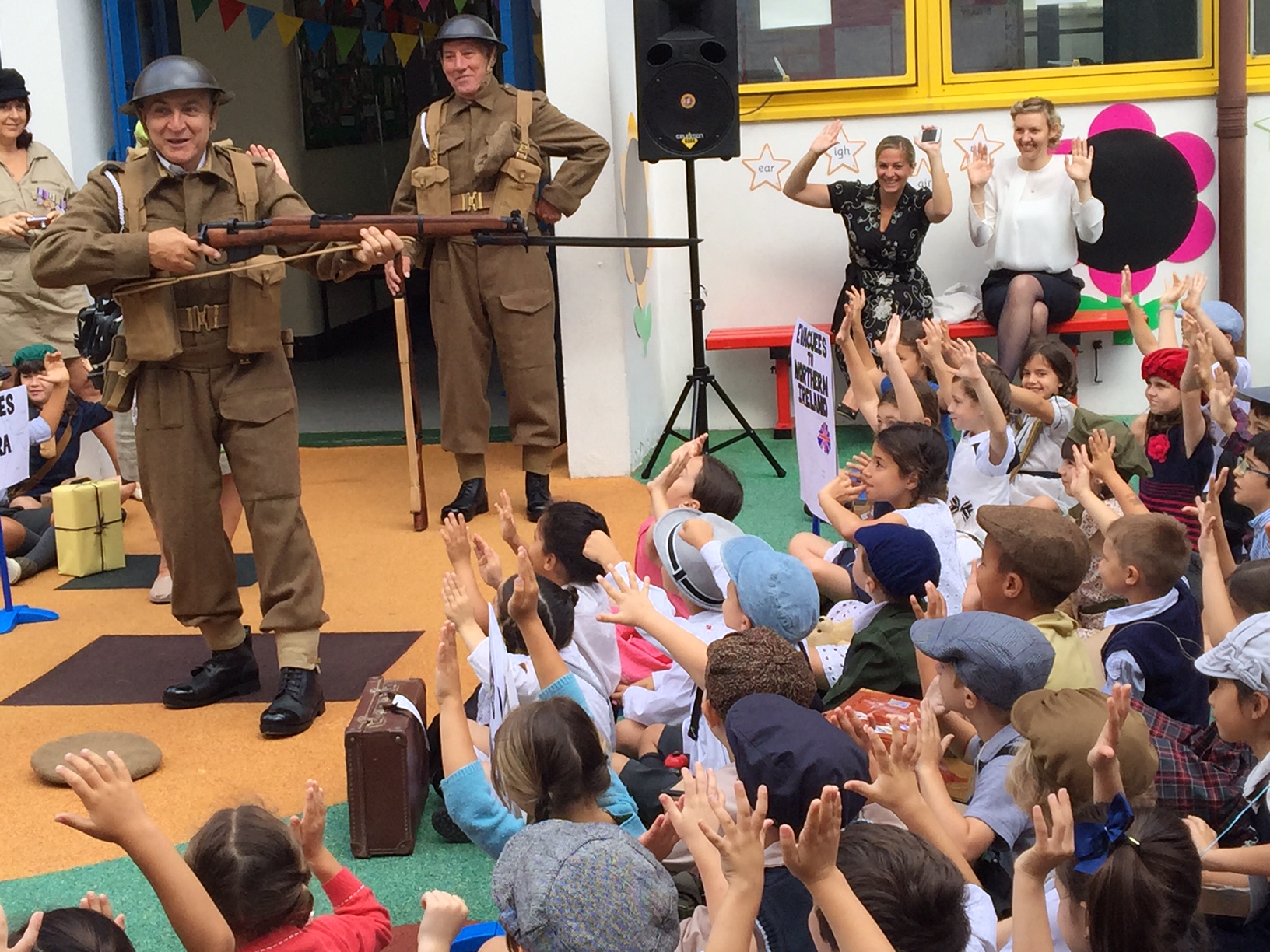 Schoolchildren from St Mary’s First School were taken back in time to the time of the evacuation at an assembly held today.

Soldiers from the Re-enactment Society were invited to the school for the 75th Anniversary celebrations since the evacuation took place.

After a week of learning about the evacuation and where their grandparents and great-grandparents were sent to, an assembly was held today where schoolchildren and teachers sang to war time songs, as well as the Gibraltar national anthem.

Pupils were taught to take cover when sirens were played during the school day.

They have also been making their own bonnets and hats from newspapers as well, and today had a taste of what it was like living during the evacuation with foods from different places of where the evacuees were sent and madeira cake after lunch.

Headteacher Mrs Maclaren wanted to thank Gibmaroc for donating the fruit, and the Re-enactment Society members for taking their time out to teach the children more about the evacuation. 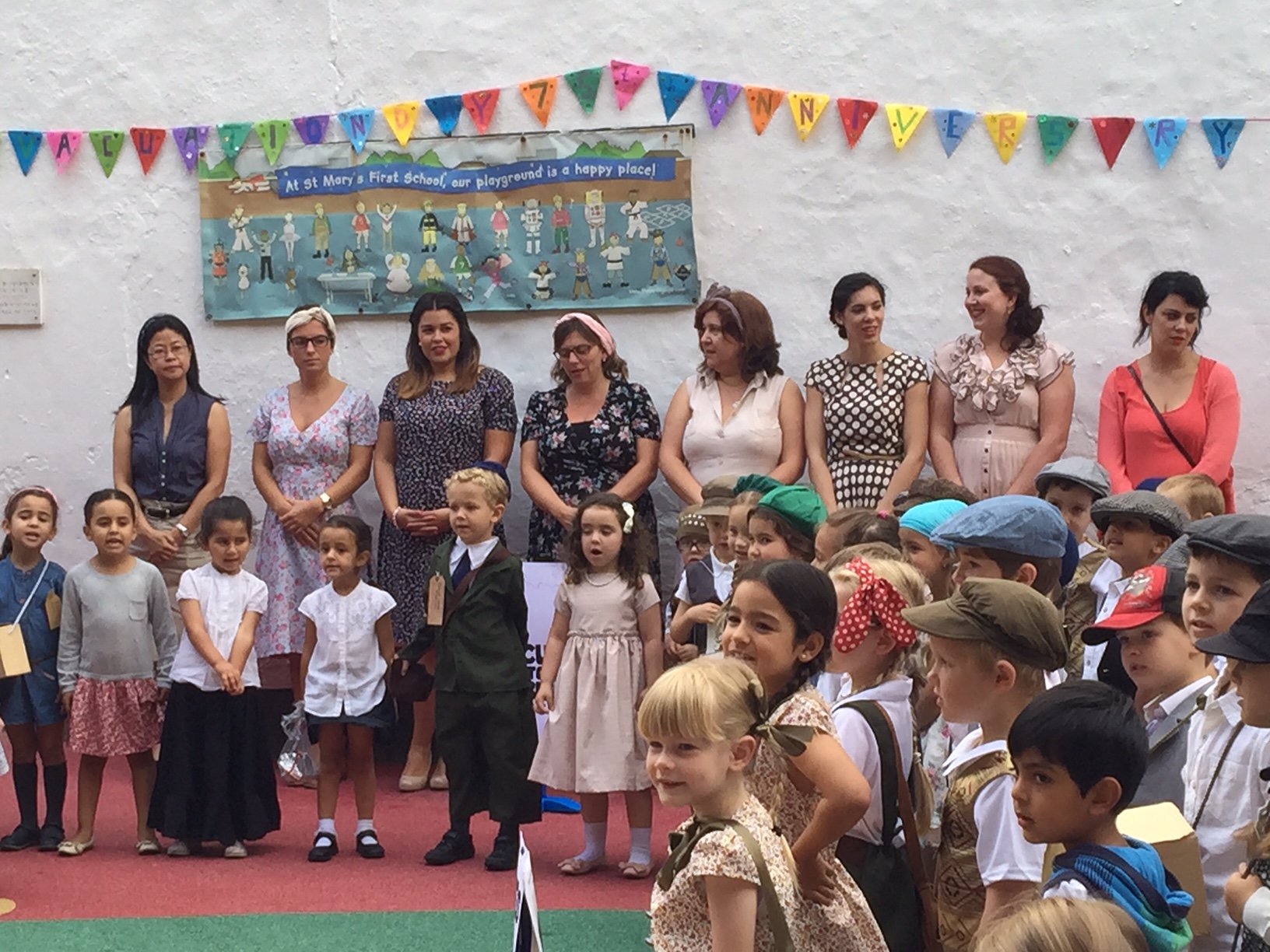 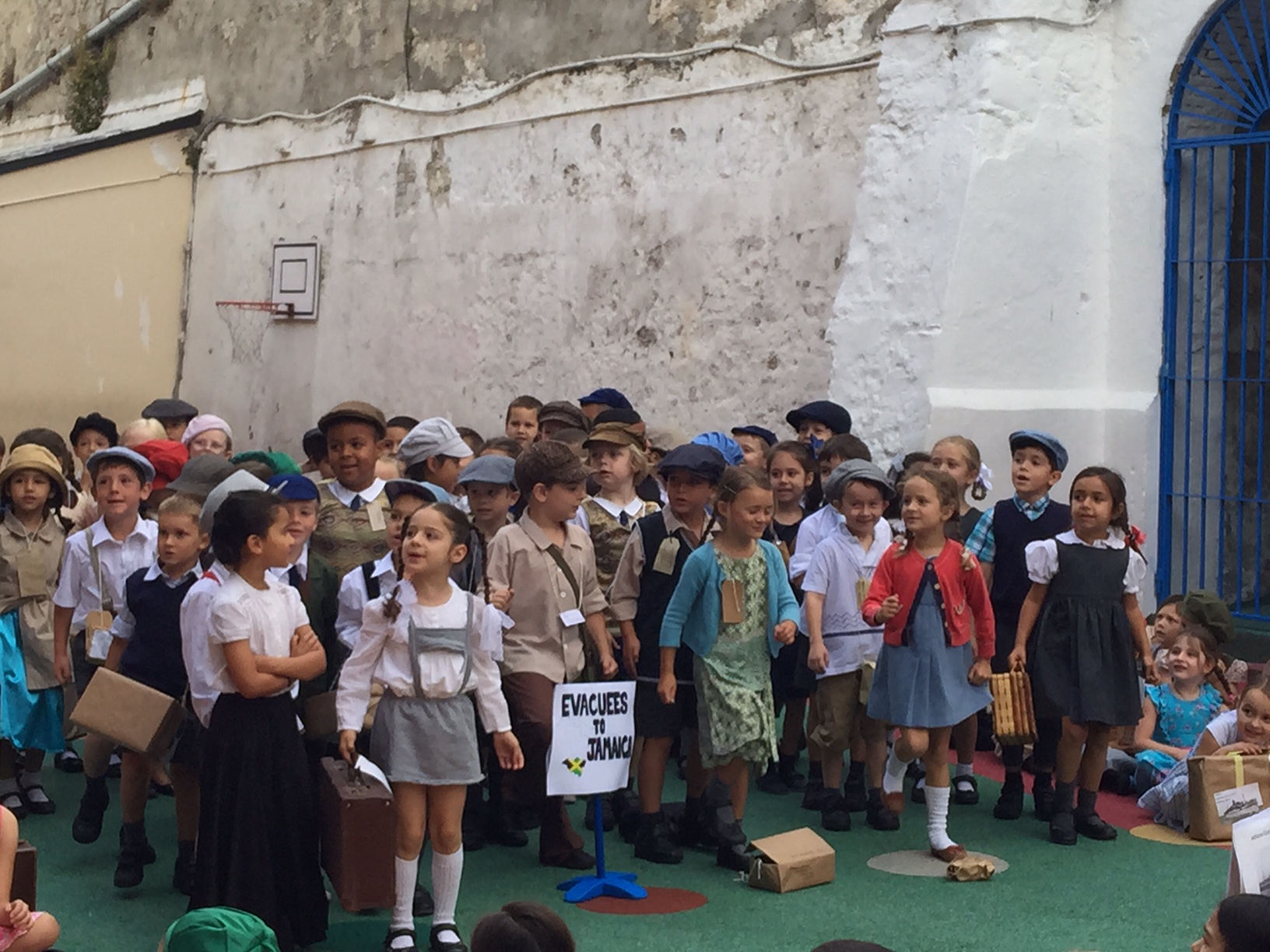 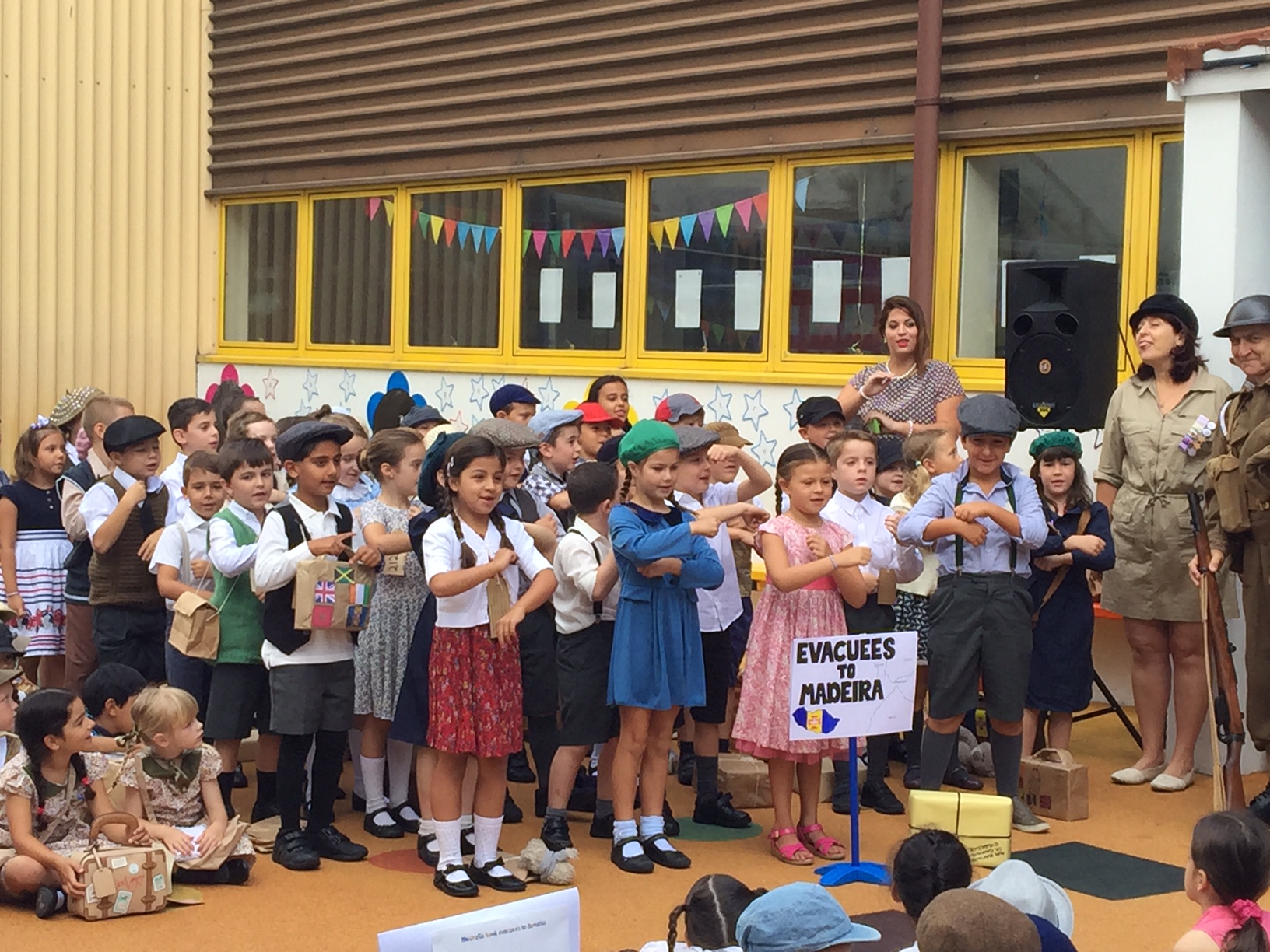 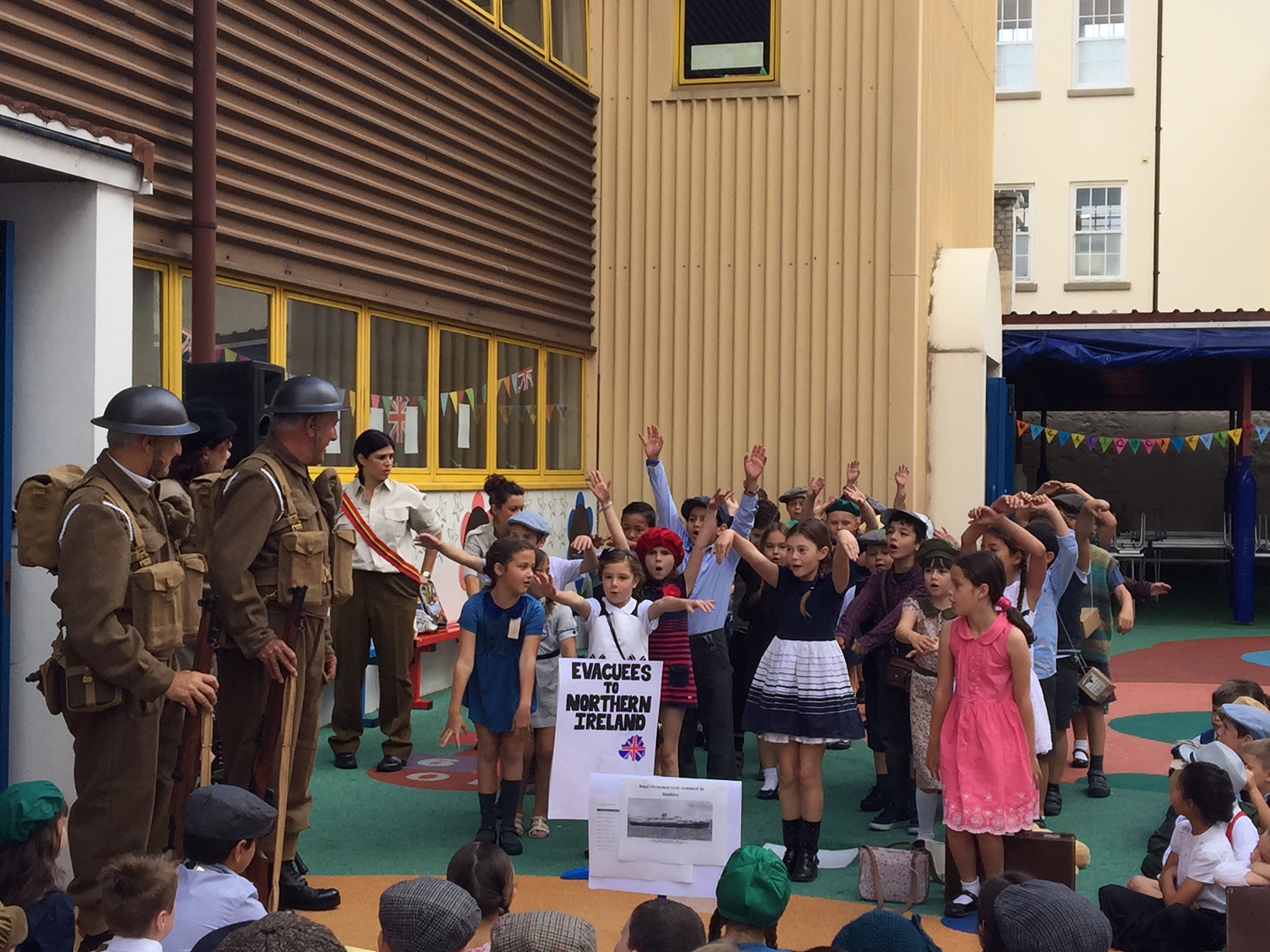 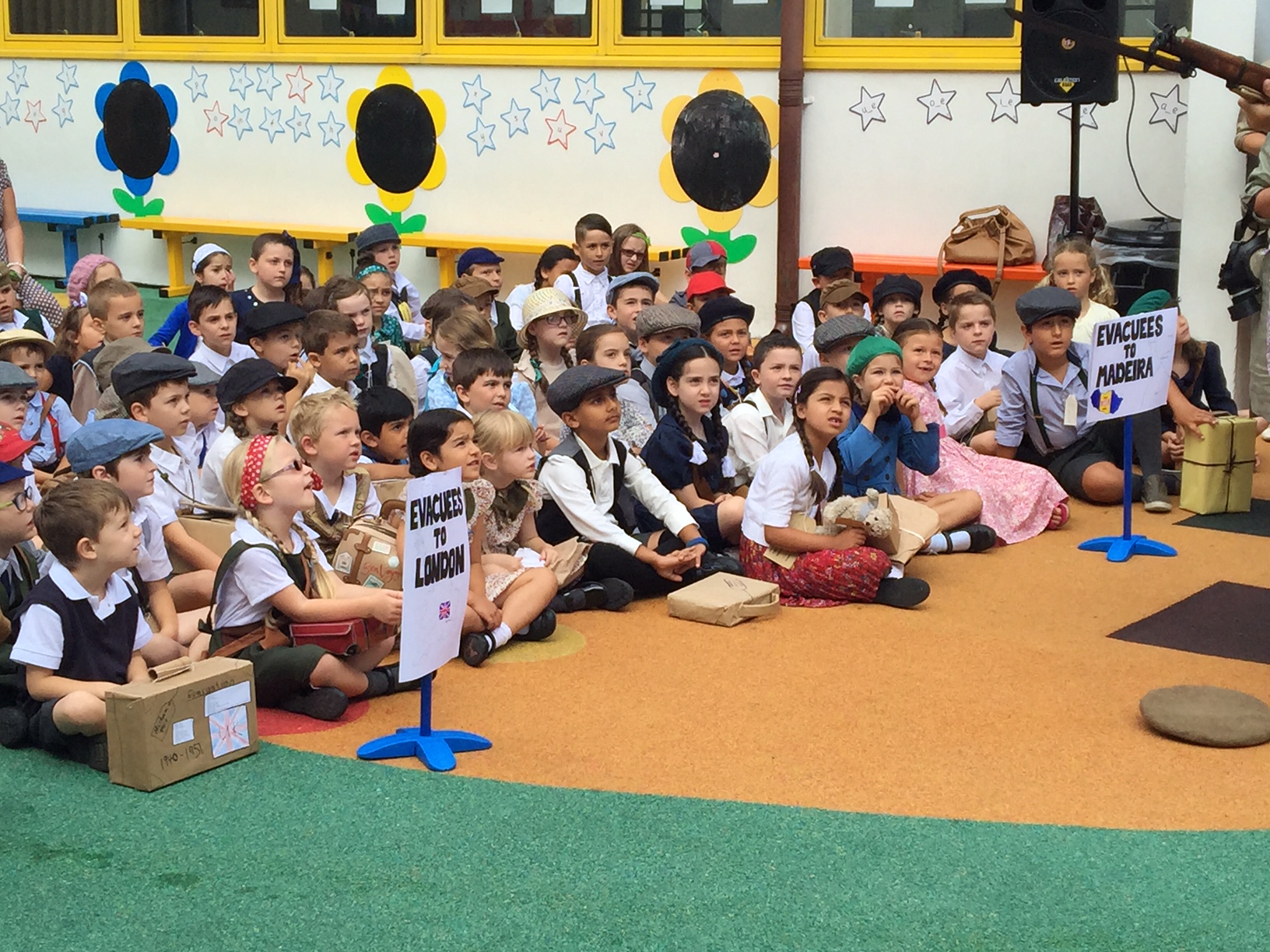 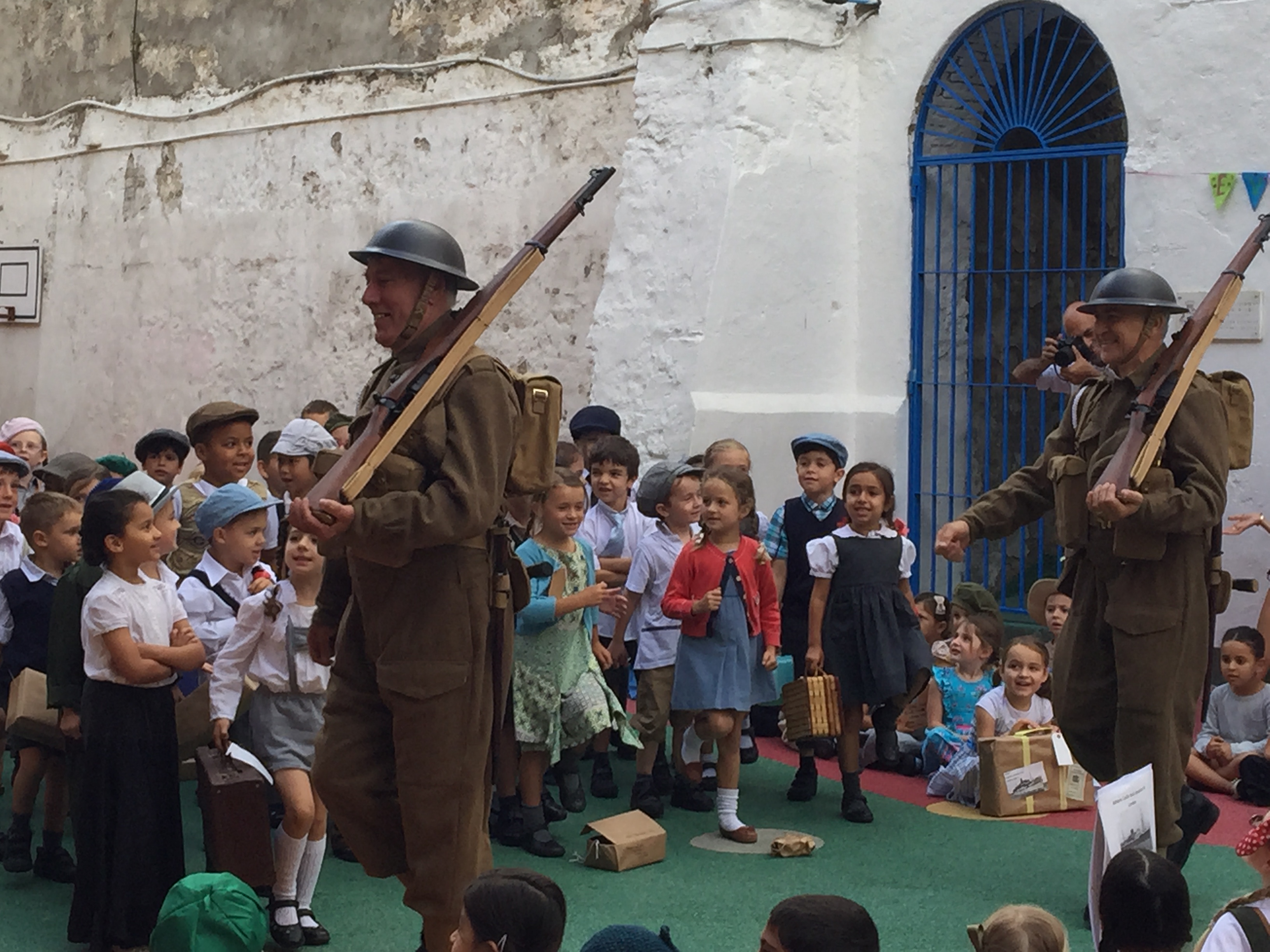