What a November it has been here in Gibraltar! Once again, we were treated to so many interesting and varied sights in and around Gibraltar that it has proved to be a bit of a challenge to fit it all into one coherent article, long may that continue!

Alongside these behemoths we were treated to visits by our old friends the C130 Hercules too with the long serving ZH866 arriving on the 20th. Another RAF transport type to call in November was the BAe 146 with ZE707 making one of the vital and very much appreciated vaccine delivery flights on the 27th meaning that all four RAF transport aircraft variants have now delivered these life saving doses to our city, an honour for the diminutive but much loved ‘146!

A familiar face also called in on the 12th in the form of the Beech B200 Calibrator aircraft G-FPLD making one of her routine visits and was to be seen engaged in her task and overflying the Rock several times over the next few days.

The only down side to November in aviation terms was the sight of United States Air Force C37B transport aircraft ’20-1941’ making a missed approach in bad weather on the 19th. The twinjet carried livery not too dissimilar to the famed Air Force One and a closer look of her rather than a fleeting view between heavy cloud cover would have been much appreciated by this city so long forgotten by Uncle Sam!

As always by far the most familiar sight at RAF Gibraltar this month has been the ubiquitous A400 which have made almost record-breaking numbers of arrivals engaged in a great many tasks not least the ongoing operation in Mali.

ZM411 was the first visitor as the month opened and with ZM412 calling on the 2nd, 3rd and 6th making a hat-trick of consecutive visits. The familiar ZM402 carried out yet another vaccine delivery sortie on the 10th followed by ZM411 again on the 23rd and 24th. Finally ZM412 re appeared on the 28th and ZM402 closed the large account of November A400 visits on the last day of the month. As can be seen it was practically a constant sight to have an A400 at RAF Gibraltar this month. Notably the 20th saw a most rare sight indeed, three different types of RAF transport aircraft on the ground at the same time, C130 Hercules ZH866, C17 Globemaster III ZZ173 and A400 ZM402! I am very grateful to RAF Gibraltar for allowing me to post their historic image of this occasion in this month’s instalment and a very big well done goes out to them for a most challenging and busy aviation calendar!

A last surprise in the air was to be had on the 26th with the much-anticipated return of rotorcraft to our skies after a rather worryingly long absence! Royal Navy EH101 Merlin HC4 helicopters ZJ118 ‘B’ and ZJ127 ‘L’ off RFA Fort Victoria spent the day conducting training around Gibraltar with many enthusiasts and casual onlookers wowed by the heavy rotor beat of these magnificent machines conducting a great many visual circuits of the city.

At sea we were not to be let down either, the Type 45 destroyer HMS Dragon arrived on the 1st prior to conducting a large exercise with the French Navy in the Mediterranean. Sadly her much anticipated and I am sure potentially well attended open day was cancelled at the last minute. It has to be said that a great many people had made plans especially for this rare event (myself included!) and we were once again left like a football team whose match winning goal has been ruled offside by VAR! I sincerely hope that we will have another opportunity to tour one of these most impressive warships soon! Dragon departed shortly after but returned to our shored on the 5th.

Our old friend and a very familiar face, HMS Scott made the first of a record three visits in a month on the 12th, followed by a boat transfer in the Bay on the 15th.

The 15th was the day which we welcomed the highly anticipated new Royal Navy Gibraltar Squadron patrol boat HMS Cutlass. Certainly looking a lot different to the Archer class we are used to seeing, this sleek, high sided craft is only marginally smaller but has a most impressive turn of speed, it is a joy to watch her on trials out in the Bay. A highly significant advance in terms of deployability and response time and she is most welcome home!

Uncle Sam continues to visit in an almost imperceptible way too, giving us two DoD charter vessel visits with the tanker Overseas Mykonos calling for bunkers on the 20th and the vehicles carrier Liberty Pride doing the same on the 30th. Still no haze grey hulls though!

The traditional MoD charter RoRo visit occurred on the 24th too in the form of Hartland Point but it was the end of the month that saw two visits by large RFA units to light up the South Mole skyline. RFA Fort Victoria arrived on the 27th with RFA Tidespring following up a day later. Both are part of the Queen Elizabeth Carrier Strike Group deployment and they are most welcome here, it was a relief to see that we had not been overlooked when the news broke that the vessel we most wanted to see, the aircraft carrier herself was berthed at Palma de Mallorca. I’m sure there will be other times to see our flagship in Gibraltar however, enjoying the safe and excellent facilities which only we can offer!

Lastly our friend HMS Scott wound up a fantastic month for military movements by anchoring in the Bay of Gibraltar on the 29th helping to turn the view the right shade of warship grey for once!

It has been a seminal year for military visits and as 2021 draws to a close I am confident we will end with a flourish! 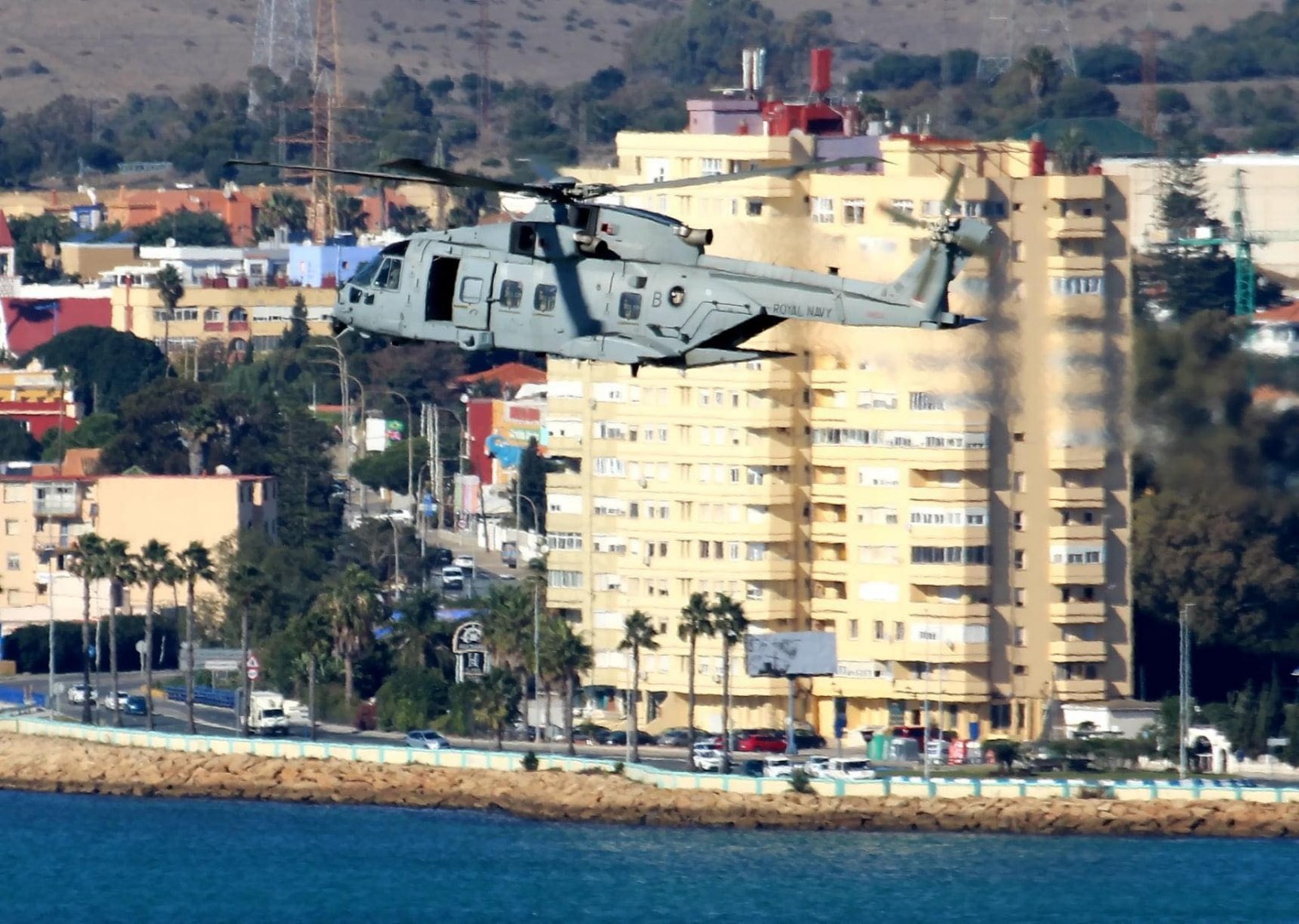