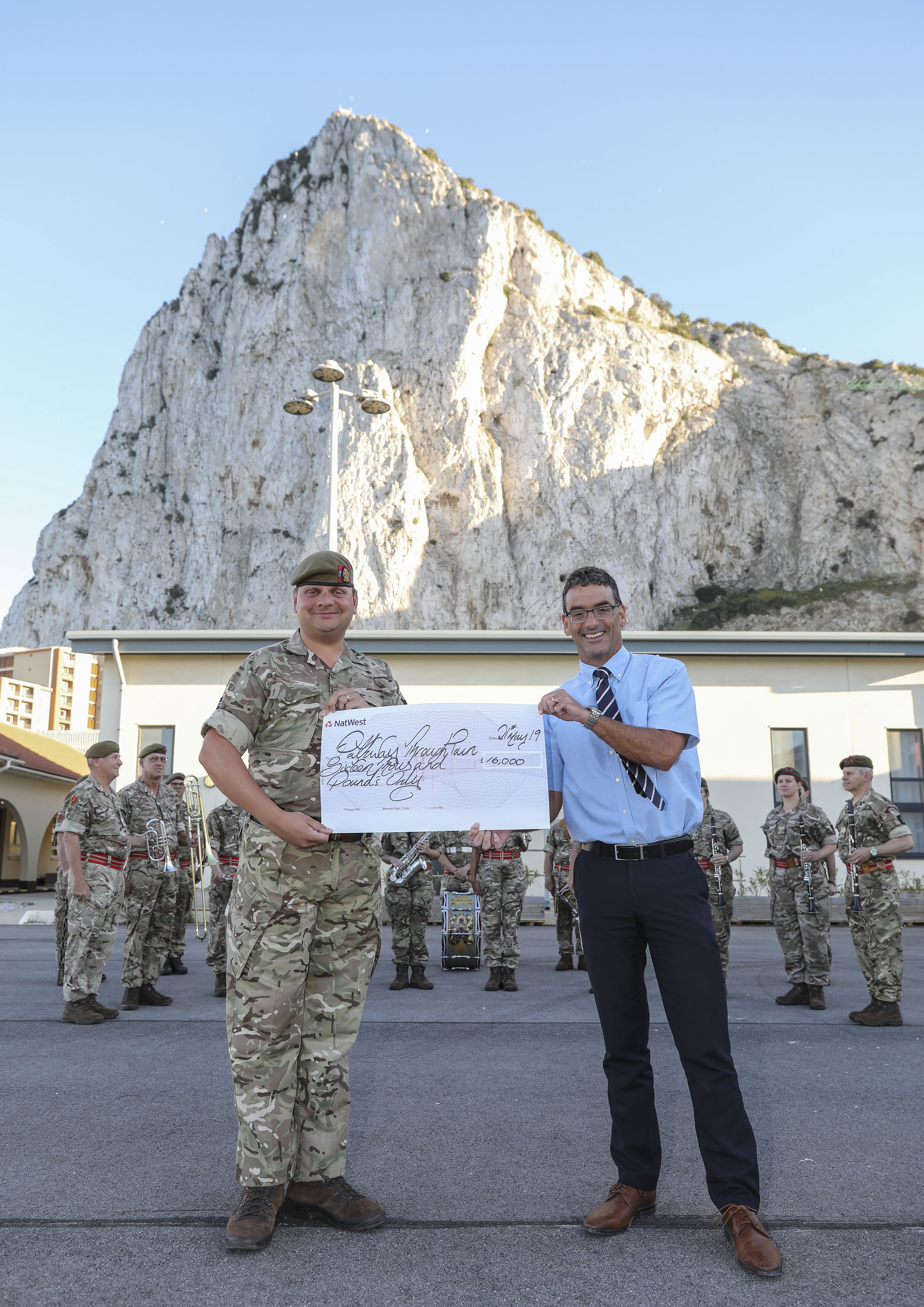 A total of £26,500 was raised as a result of the Unconquered musical extravaganza concerts in March, during which the Bands of RG and the Irish Guards performed in St Michael’s Cave with the operatic tenor, Wynne Evans.

Accepting the cheque, Darren said: “We are very grateful for the amount of money which is not insignificant amount – £16,000 is an immense amount of money - and we are very grateful to the Band who organised the concert and all those who worked in the background as well. As many of you are aware the money will be put to good use. Pathway through Pain aims to help children to have treatment in the UK, or outside of Gibraltar, to have a better stay. All the money will go to the children and the families of children far away receiving treatment for serious diseases.”

The Commanding Officer of the Royal Gibraltar Regiment, Lieutenant Colonel David King, said, ‘For many of our musicians the Unconquered concerts will be remembered as a career highlight. They showed off the musical excellence of the bands, Wynne Evans’ talent and character and most importantly the generosity of Gibraltar’s business community, government and public. It’s a pleasure for the Regiment to do justice to that generosity tonight, generosity which will genuinely change lives.’

A further cheque for £5,250 will be presented to the Irish Guards in the coming weeks. 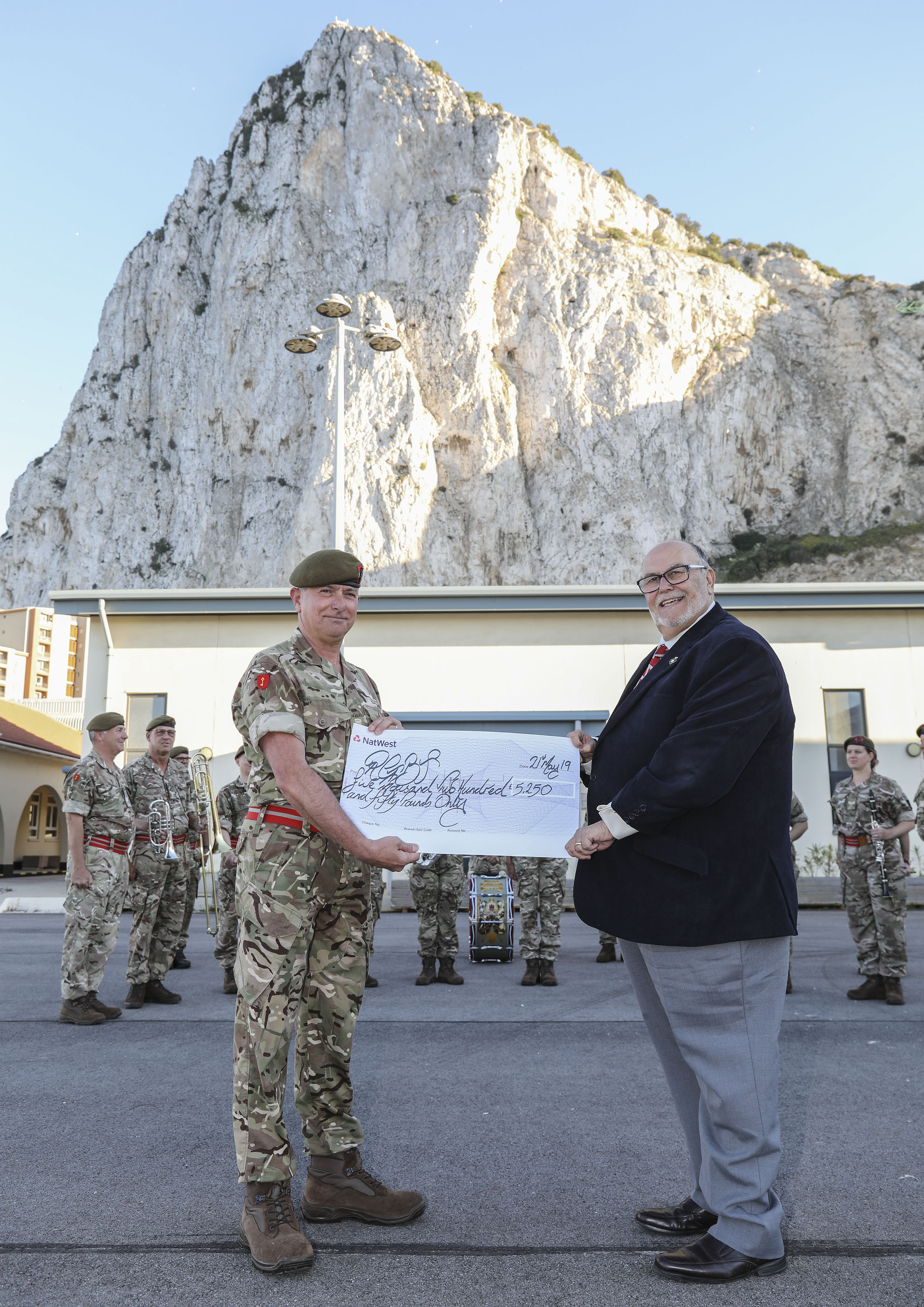 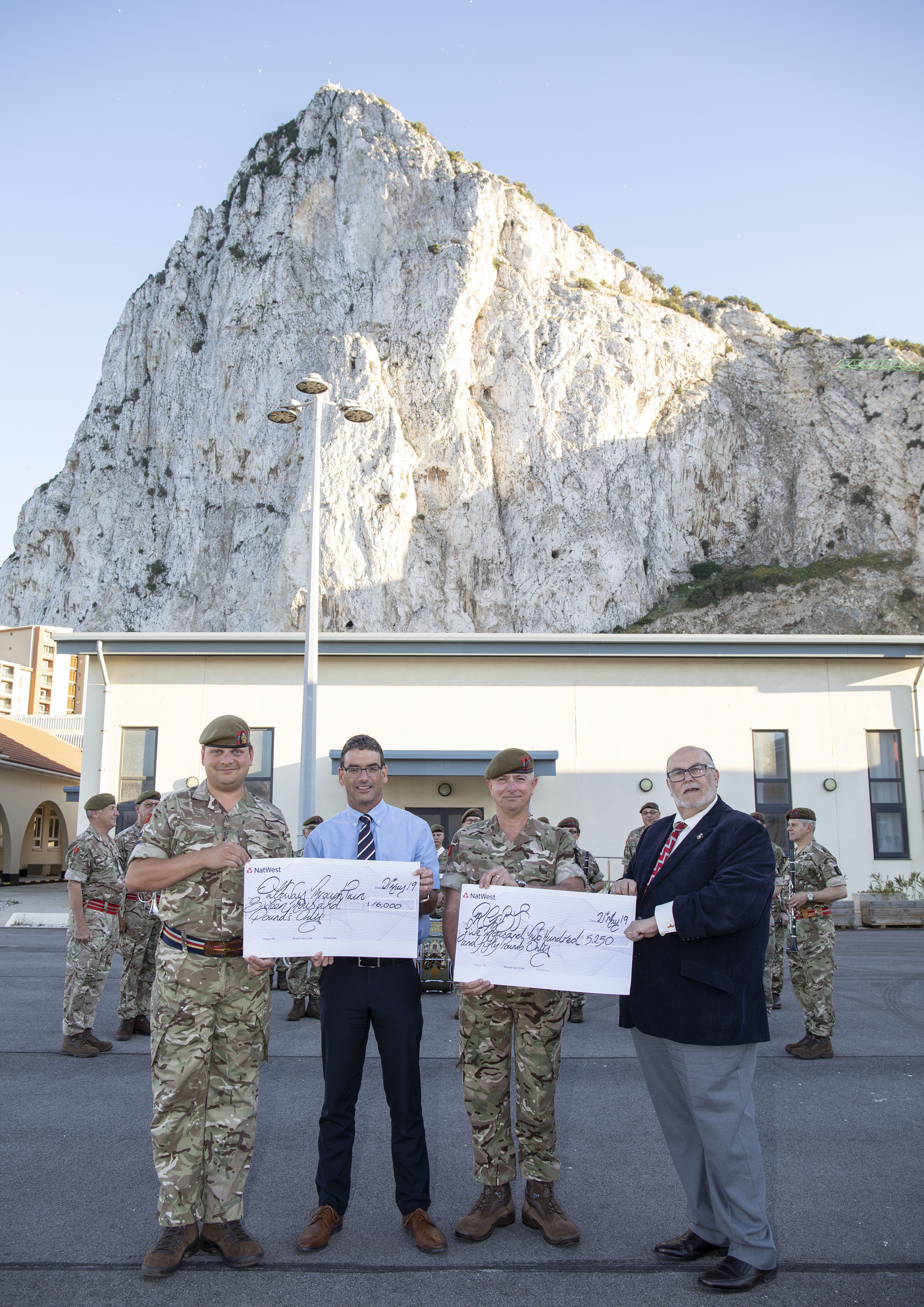