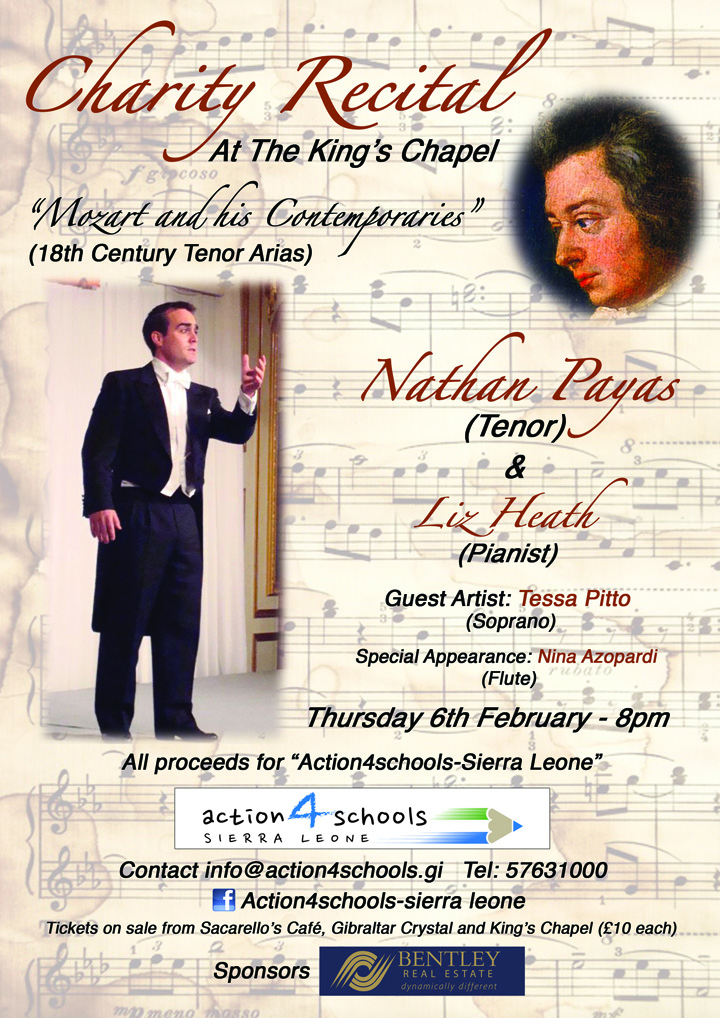 In aid of the local ‘Action 4 Schools’ Sierra Leone charity mission a Mozart Recital will be held on Thursday 6th February at 8pm at The King’s Chapel.

The event will see Tenor Nathan Payas perform along with pianist Liz Heath. Performances will also be carried out by Soprano Tessa Pitto and flautist Nina Azopardi. Tickets for the show can be purchased from Sacarello’s the Gibraltar Crystal and the King’s Chapel, for £10.