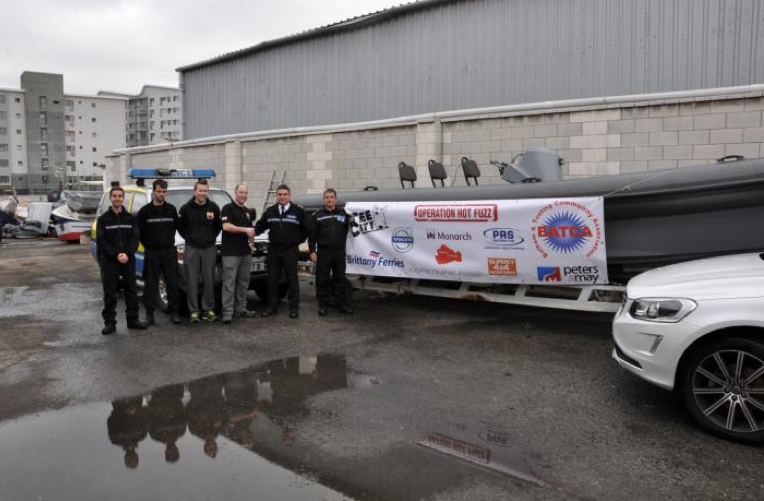 The donation is for the charity to provide a valuable resource to the Metropolitan Police Cadets and other youth organisations and projects. The RHIB and engines in question were part of confiscated assets.

The donation of the RHIB and engines has allowed the Balham and Tooting Community Association to continue the work they have been doing with the Met Police Cadets for the last 4 years.

The RHIB is now being refitted in Southampton and will be designed to carry two officers and eight cadets.

This is not the first time the RGP has donated confiscated vessels and engines to law enforcement agencies, the military and worthy local causes.

In the photograph: Inspector Albert Buhagiar and PS Mark Diaz of the RGP Marine Section handing over the vessel to PC Martyn Potter of the Met Police.