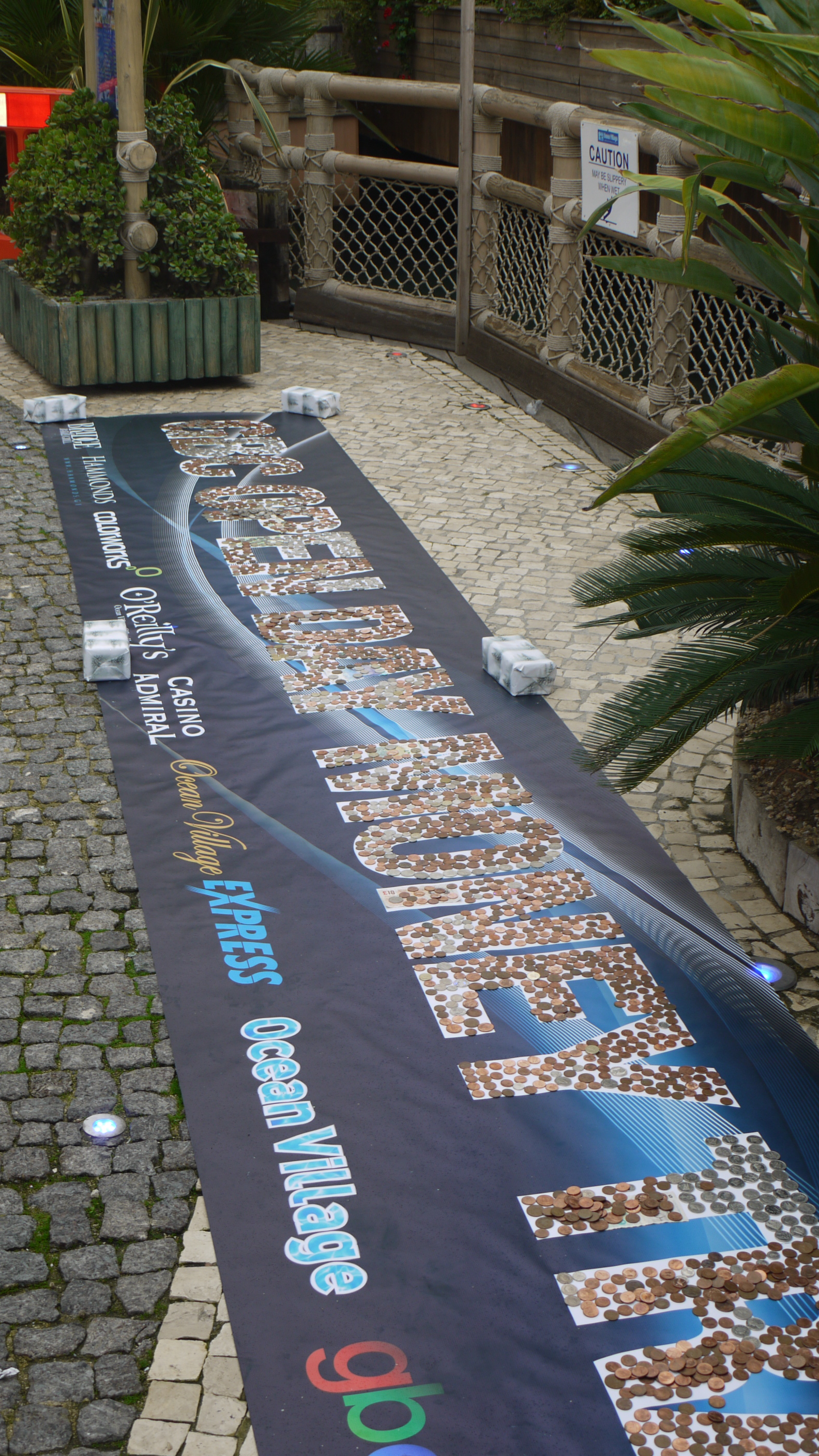 Earlier this week Ocean Village raised just over £400 in support of the GBC Open Day Fund, which has reached an all time record of over £100,000. The event saw the public donate spare change to a Money Trail.

Santa Claus returned to the Ocean Village promenade for the fundraising effort, with face painting, badge making and refreshments also available to those participating.

All participants in the Money Trail were entered into a Prize Draw to win one of 5 prizes from the Ocean Village sponsors: O’Reillys, Casino Admiral, Dusk Nightclub, Pizza Express and Bridge Bar & Grill. The winners will be announced next week on Ocean Village Gibraltar Facebook.