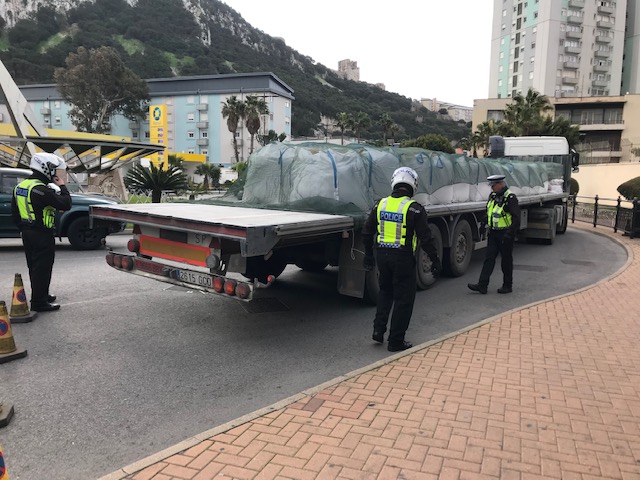 Officers from the Road Policing Unit were at the Sundial roundabout this morning where they were paying particular attention to commercial vehicles and their drivers.

A statement continued: “A constant stream of vehicles from small local delivery vans to enormous articulated trucks were waved to the coned-off side of the road where drivers’ documents were checked. At this stage, the officers were predominantly interested to learn if the driver’s licence was appropriate for the size of their vehicle.

“The officers’ next job was to study the overall condition of the vehicle. With two or three officers on the task, it only took a few seconds to check the vehicle’s lights, indicators, tyres, the security of the load, even any sharp edges which could hurt someone – whatever could be dangerous to the driver or to other road users.

“A few years ago, many of the commercial vehicles coming in from Spain were, in our opinion, not roadworthy,” says Sgt Aaron Ignacio. “However, things have now changed considerably and the Spanish authorities are much stricter on these matters.

“There have recently been a couple of cases of major oil-spills from local lorries so we do check that Gibraltar-registered vehicles are also being adequately maintained.

“So far this morning, we have only reported one vehicle for being in poor condition. It was a large articulated truck which had several bald tyres and a couple of broken light fittings.”

“But although we are concentrating on commercial vehicles, we don’t ignore issues with other road users. Whilst we were there this morning, we reported a female motorcyclist for ignoring a road sign, we warned a motorbike rider about his speed and a cyclist for riding her bicycle along the pavement.”

“As we always say, ‘We can’t be everywhere but we can be anywhere’.” 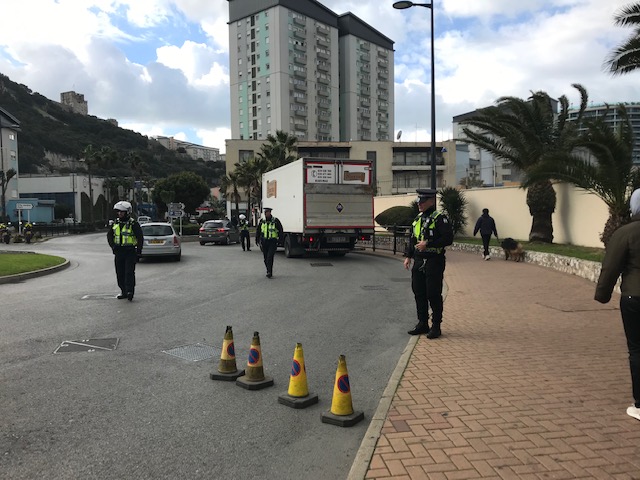 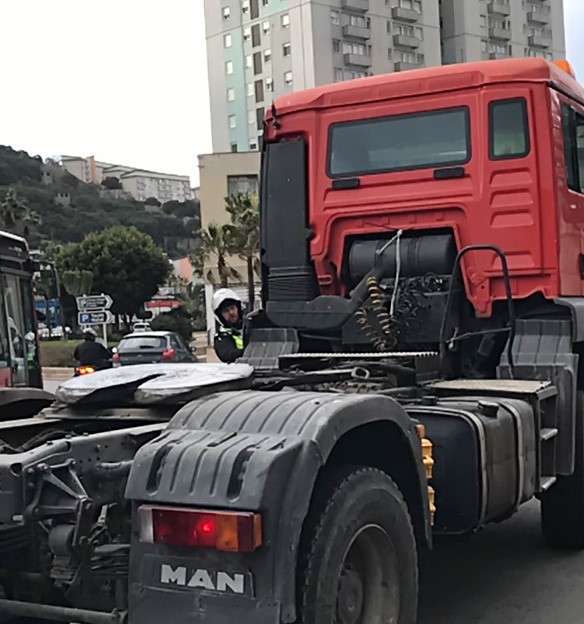