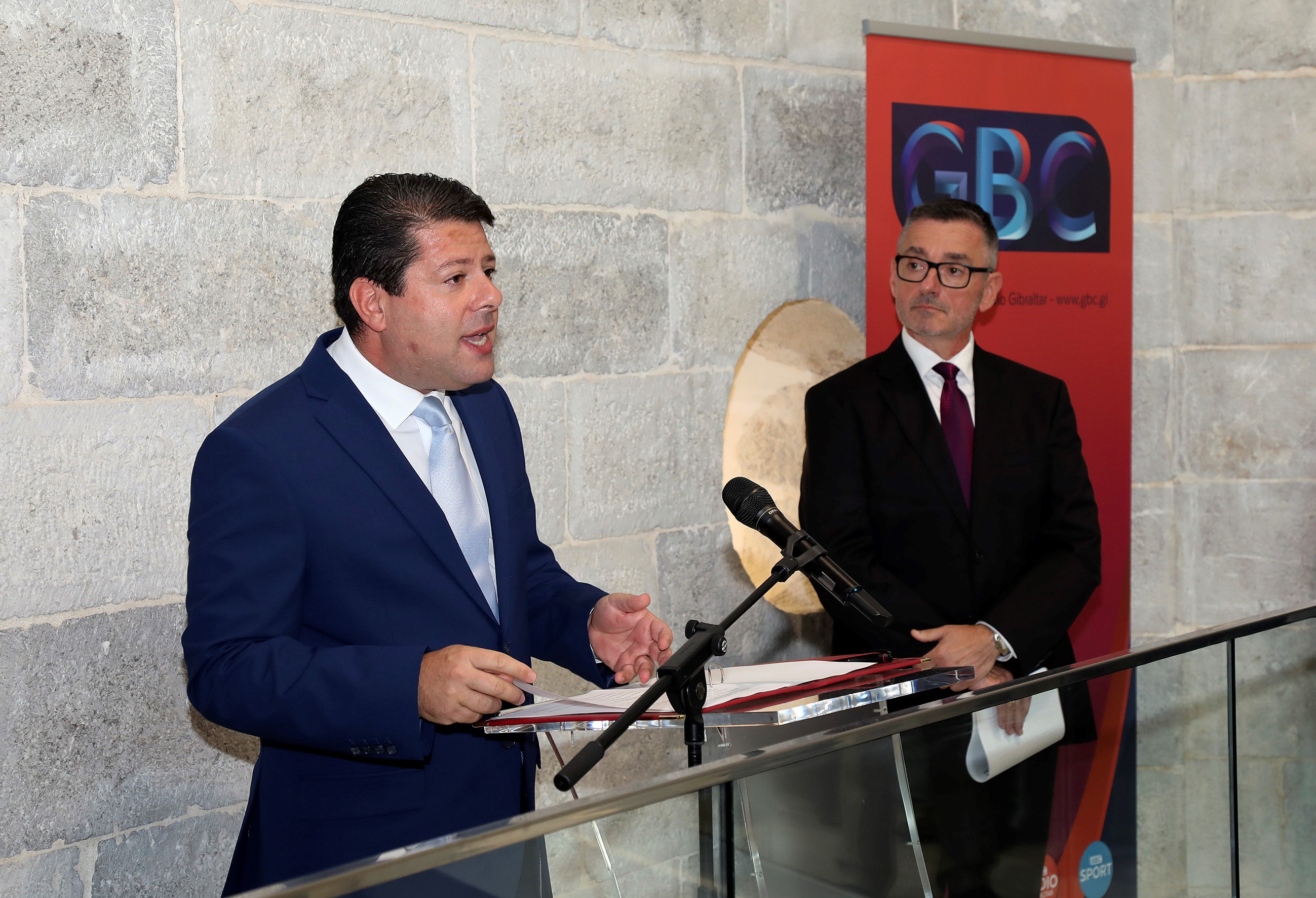 Mr Picardo said that, with this new facility, "broadcasting has come of age for this time and with a new generation of professionals."

The fact is that we are here not to celebrate a new building.

The reality is that we are here to celebrate the men and women who make broadcasting in Gibraltar a reality every day.

It’s a tall order to deliver a service, any service, every day of the year.

And GBC has been doing that every single day of the year, without exception, since the 16th February 1958 when Radio Gibraltar first started transmission.

You see, you are Aquarians, like me. That’s why I am such a fan of GBC.

Television has now been with us for sixty years next year and as the public service corporation we now know since 1963.

And transmitting in full colour from South Barrack Road since 1980, coinciding with your move to your former headquarters.

You made South Barrack Road your home for forty years. You transitioned to HD and left behind tapes there in 2013. A history, not just of broadcasting.

But of successful broadcasting from the Rock.

Yet ‘what is past, is prologue.’

Now you embark on a new journey in this place as the demands of what you do required the seminal change we have invested in.

So it requires the constant change you are embarked upon.

Gone are the days of linear transmission being the king...

But Newswatch is still... well, its now GBC News... but it is still your ‘go to’ broadcast.

I do wonder, however, whether our children will ever watch it at half past eight in the evening.

Or whether they will stream the bits they want instead.

One thing is for sure, however.

In the pandemic, your public service came to the fore.

Transmitting daily not just our statements.

Also the questions from your colleagues in other mainstream media.

And you and your colleagues in the mainstream printed press were the ones where the public knew they could trust the information provided.

Because whilst there may be a lot of opinion on social media, there is precious little information. And what information there is very often is just wrong.

But even during the pandemic you were still up at old Broadcasting House.

A facility that was long not fit for purpose.

We expected the last Leaders Debate to be here.

But after the election in 2019, you should have moved a few months later. In fact, we should also at that time have been treated to the new Bond film. We all know how that ends...

No, not just with ‘James Bond will Return’, but with a delay of 18 months. The same delay that has afflicted you.

And a delay that afflicts so much of what we have done.

Not because of sterile excuses from a government that has run out of steam, but because of the pandemic reality that the government I lead has dealt with in a manner described by even some of our opponents in glowing terms.

And if we are ‘cash strapped’ today, ironically, it is because our opponents, our opposition, agreed with us on the spending of the monies in our coffers to ensure that everyone in our economy weathered the pandemic storm.

Whilst our opponents now seem to want to forget their role in spending the monies we had on that worthy endeavour, we remain proud of our use of public monies for that.

As we are of our ability to deliver this new facility. One that is rented.

But a facility that is are no second to none.

And renting is not unusual of course.

Not least in broadcasting.

The BBC’s headquarters in Salford, at Media City in Birmingham are not owned by the BBC.

They are owned by Legal and General and the Peel Group.

No one is foolish enough to suggest that the BBC is having to beg or borrow because it rents.

Or is it that every tenant of the Government that rents from us ‘begs or borrows’?

I never thought of my parents as beggars or borrowers because they paid their rent each week on the nail.

In fact, I think it would be useful for you to understand the level of investment here.

The conversion of the building to accommodate GBC added to the cost by over £ 1.5m.

That makes a total cost to produce this building of just over £ 4.8m.

This cost is recovered by the developer, Sharrock Shand, by way of the rental agreement with the option to buy.

Over and above this GBC needed additional equipment of £810,000 more of less.

Quite apart from these costs, GBC have had the building fitted out by UK experts for which we have advanced another £ 1,75m

Therefore the total costs over and above the building are over £2.5m

Those of you who have been in broadcasting as long as I have been in politics know that there has never been a government that has provided so much support for our national broadcaster.

When we were elected your subvention was £1.9m.

That is a demonstration of commitment to broadcasting and the men and women who deliver it.

And your output is undoubtedly better than ever before.

And as a result, your responsibility to check and to inform accurately is greater than ever before.

And I know that is a burden that you bear well.

So, when I hear criticism of our spending.

When I hear criticism of our investment in our national infrastructure and our people.

I know that I am hearing the frustrations of jealousy from those not entrusted to administer the affairs of this community in our time and generation.

Just like you hear the daily criticism of the ten second glitch but no one remarks on rest of the output.

And you know, that in this new facility, broadcasting has come of age for this time and with a new generation of professionals.

So my congratulations to you all on this magnificent building. 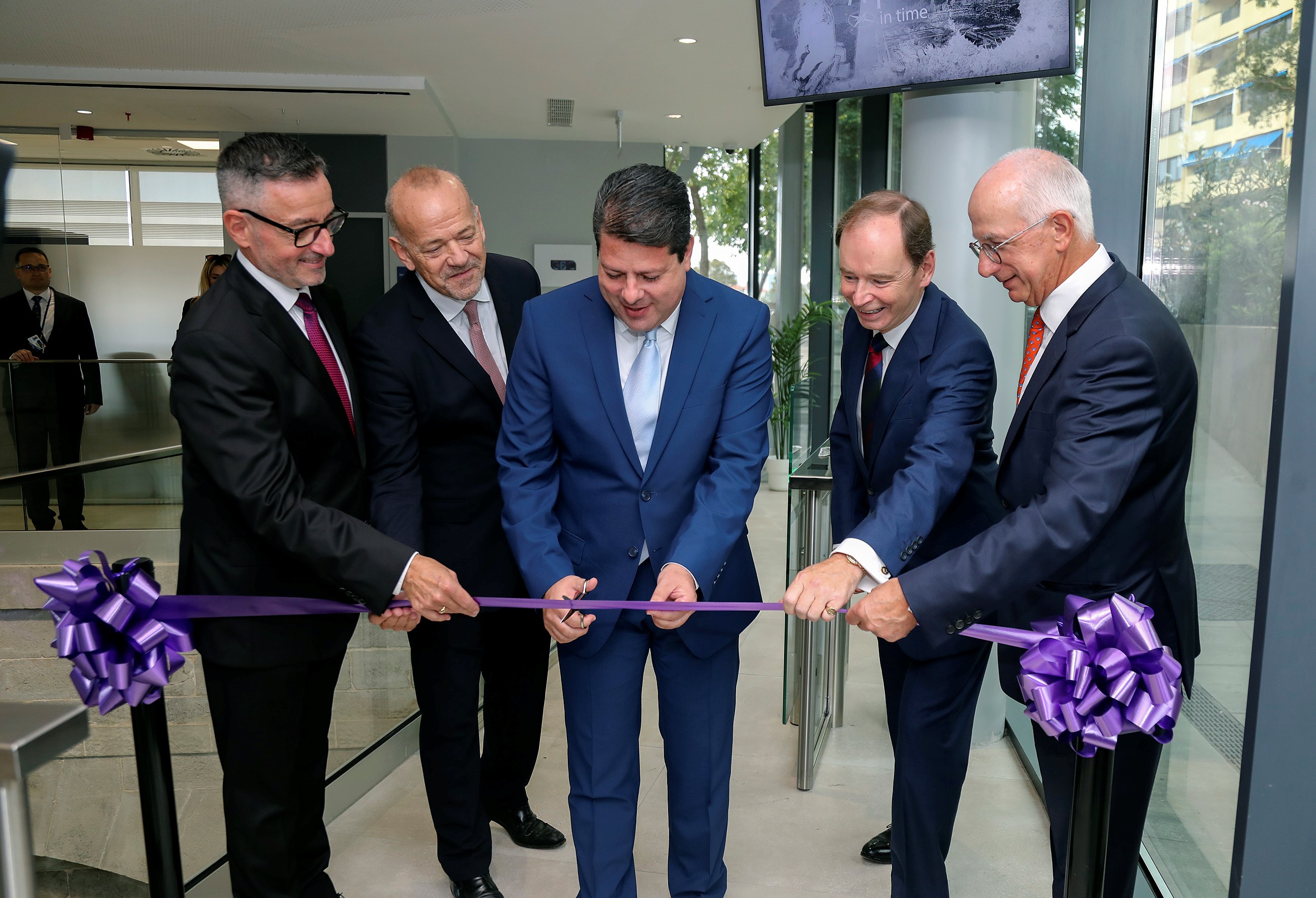