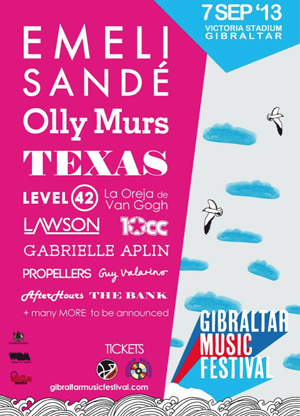 The Government has today announced that a limited number of seated tickets for the Gibraltar Music Festival, are still available, as are general entry tickets. Parents are reminded that children aged 12 and under can get in for free and tickets are available to ticket-holding parents and guardians from the John Mackintosh Hall between 10am and 2pm, Monday to Friday.

Organisers of this year’s Gibraltar Music Festival are giving the public an opportunity to vote for the local acts that they wish to see perform on the main stage.

GBC claims that the performers in the running include popular band Headwires, This Side Up, Metro Motel, Adrian Pisarello, Paragon, Surianne Dalmedo and Hollie Buhagiar. Three of these acts will be chosen to open for Emeli Sande, as well as other internationally renown acts. 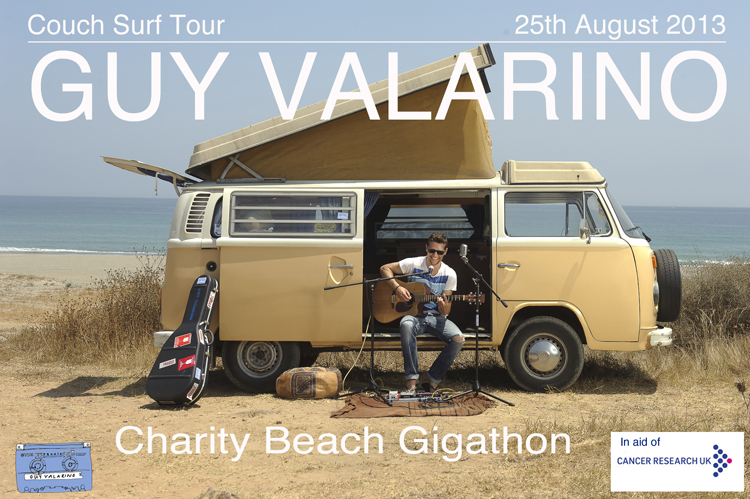 Local artist Guy Valarino will be undertaking a charity “gigathon” around 6 beach locations in Gibraltar on Sunday 25th August in aid of Cancer Research UK.

Guy will be travelling in a 1970’s Type 2 Volkswagen camper van playing a 30 min set of live music at Sandy Bay, Catalan Bay, x2 locations at Eastern Beach, Camp Bay and Little Bay. With the help of a crew of volunteers and members of the Cancer Research Gibraltar branch helping with the logistics, Guy is aiming to complete the whole gigathon in around 6 hours. 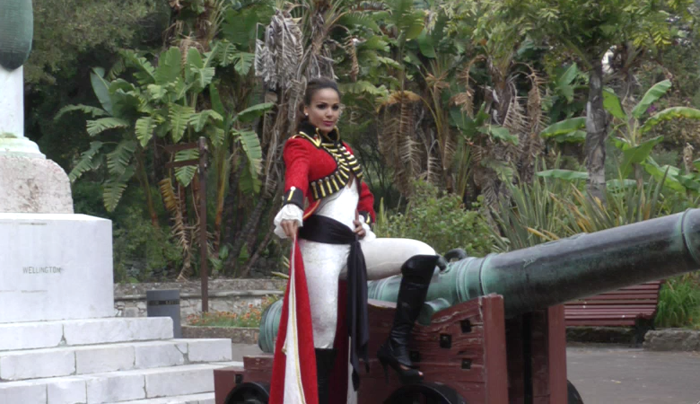 Miss Gibraltar 2013 Maroua Kharbouch this morning invited the media to attend a photo opportunity at the Alameda Gardens where she showed off Gibraltar’s national costume. 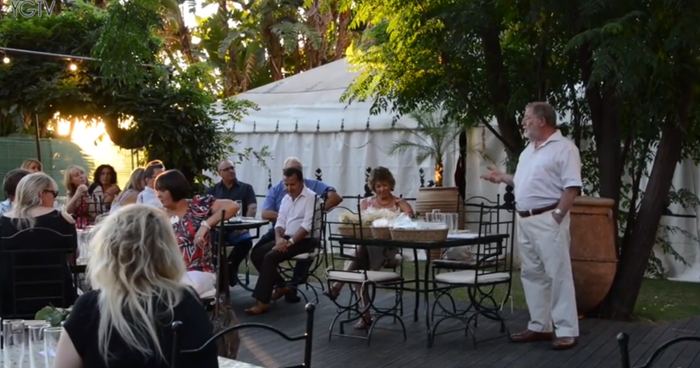 Last night, the Rock Hotel hosted a unique tasting event to showcase the artisanal beers produced by the Kettal brewery in Palmones. Beer enthusiasts gathered by the hotel’s poolside bar to sample the six beers which make up Kettal’s standard range.