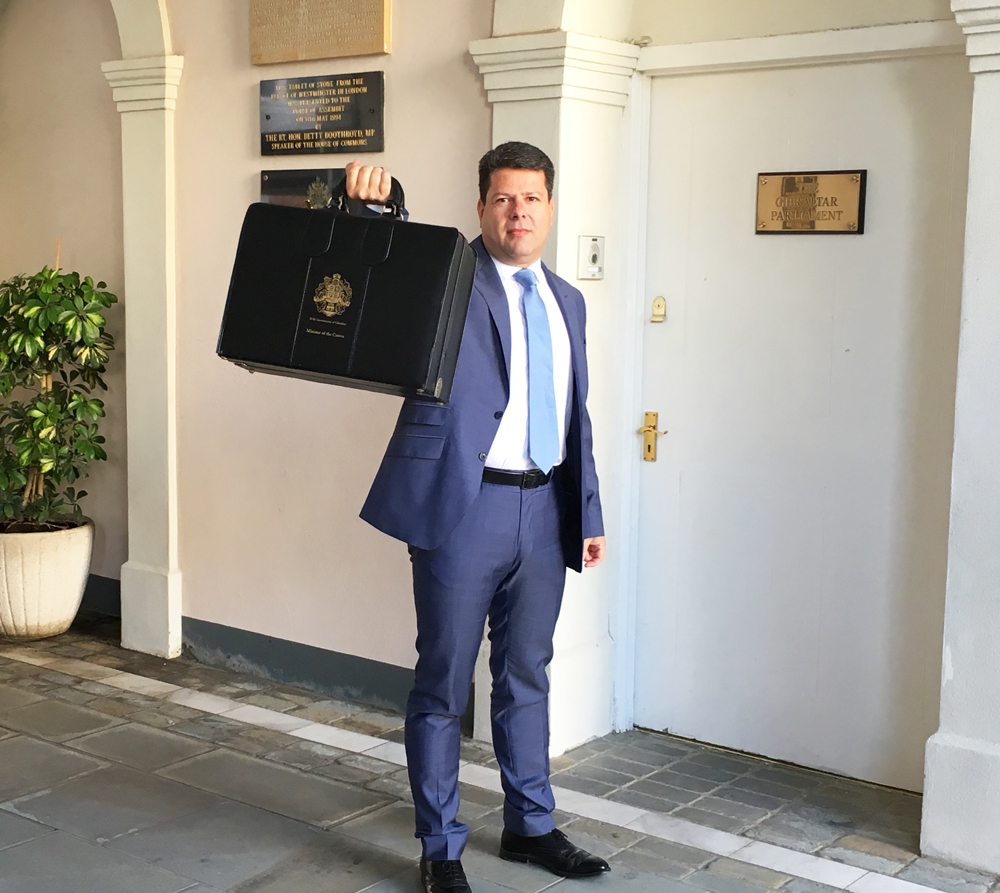 - Budget surplus stands in the Estimates Book at £82.8 million. This is a "record budget surplus" and final figures will be “closer to £85m.

- A total of £16.7m was refunded to taxpayers through its Refunds Program in the financial year 2018/19.

- Number of Gibraltarians unemployed is a new record low of 33.

- With effect from 1st July 2019, taxpayers with assessable income of £11,450 or less will be brought out of the taxation system altogether and will pay no income tax.

- Taxpayers under the Allowance Based System will benefit from increases in their Personal Allowances.

- The Old Age pension will also increase in line with inflation

- Electricity, water charges and General Rates payable by businesses will again not be increased this year.

- The Government will increase import duty by 3 pence per litre on fuels across the board as follows:

As part of a “continued initiative to promote the competitiveness of local businesses” and in keeping with representations received from traders and the Chamber and Federation, commercial importations of the following goods will be reduced to 3%:

The Government is introducing amendments to the Imports and Exports (Control) Regulations to restrict and prohibit the importation of certain single use plastic products into Gibraltar. In line with last year's increases, all single use plastic items not covered by the amended Regulations will now be subject to an import duty of 200%.

As from September 2019, student grants will increase as follows :

Public sector pay will go up by the rate of inflation, just shy of 2.1%. There will be no pay cap applied.

The sums that officers in the public sector would have collected if there had not been a pay cap applied to them last year amounts to in the region of £300,000.00.  Chief Minister said that that amount is this year “easily affordable” given the surplus of approximately £85m.  As a result, Treasury will include the relevant amount in the pay-packets of each relevant officers in September.  Mr Picardo said: “There was no Brexit shock last year Mr Speaker and we do not need to deprive them of those sums this year.”

The Government has attracted interest from a number of “very reputable investors” to develop investments in Gibraltar in the area of medicinal cannabis. The proposals include the research, development and production of medicinal cannabis products in “carefully monitored and regulated state of the art, environmentally advanced facilities.”

“I know we have done the right things today.  As we have every day of the past eight years.  As we do everyday.

“That is the aim of every one of our budgets. To deliver for working people. To deliver social justice. To ensure that those who can, are free and able to do. And that those that cannot are properly provided for.”