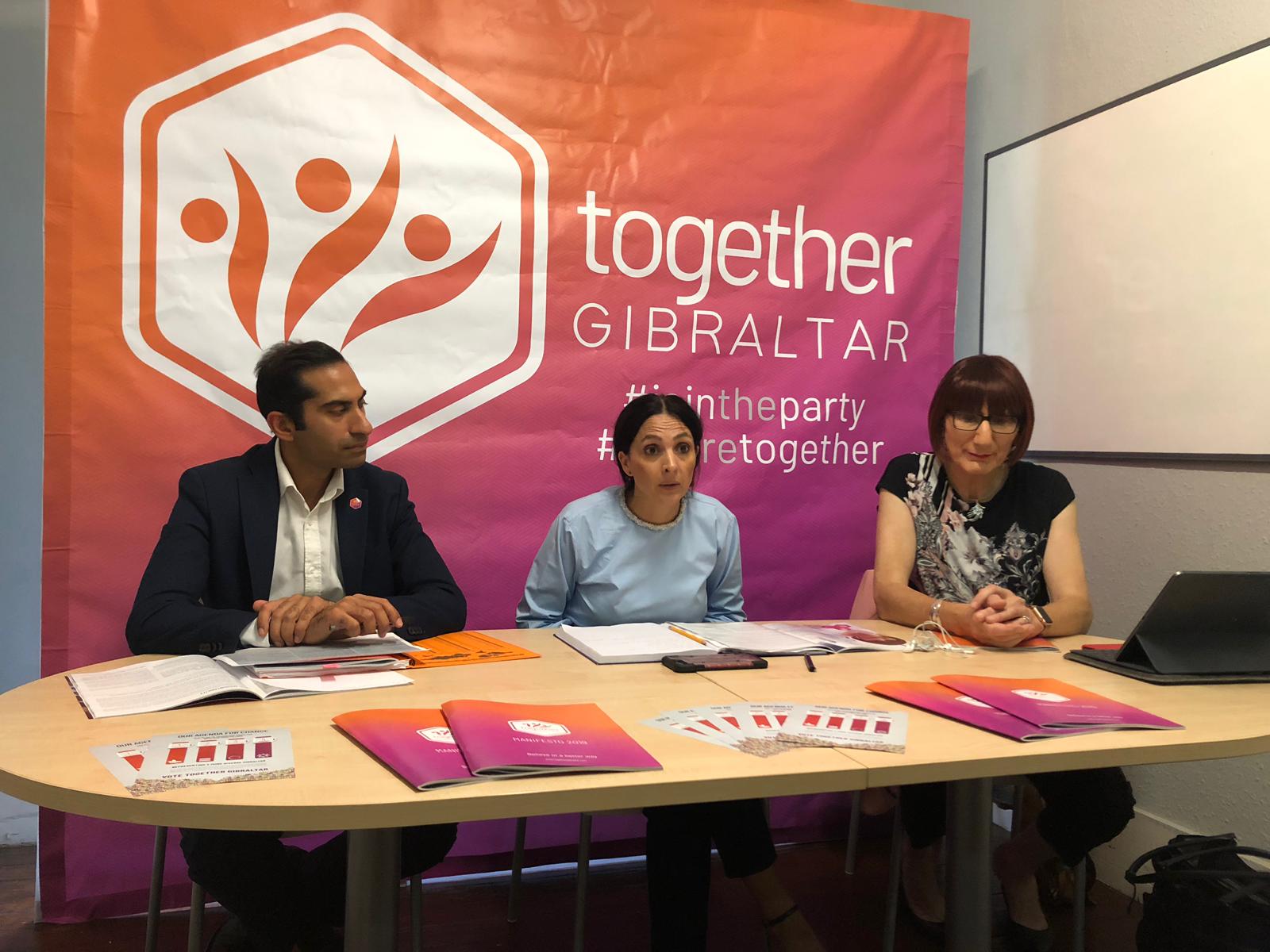 Together Gibraltar Sets Out Plan To Diversify The Economy

At a press conference held yesterday at the Together Gibraltar headquarters, the leader of the party, Marlene Hassan Nahon, introduced the party’s plans for economic diversification and public accountability.

Together Gibraltar candidate Sian Jones set out a vision of a digital and technology-led industry. She said that although Gibraltar should be proud of its high GDP, “it lags behind other microstates of similar population sizes [...] we are seeking to exceed the GDP of other European microstates.”

In addition, the TG candidate said that Gibraltar’s economic system was predicated on construction and although it “feeds GDP whilst the work is going on, it doesn’t necessarily deliver GDP once the construction is complete.” She argued that this leads to a cycle of more construction to maintain GDP.

Ms Jones was also critical of Gibraltar’s “undue reliance on regulated sectors.” She added: “These regulated sectors, of financial services and gambling require licensing; and licensing requires legal advice which requires lawyers and lawyers generate legal fees. You end up in this cycle where your growth is focused on areas which feed lawyers’ fees.”

When asked by the press, Ms Hassan Nahon made clear that the party was not looking to eliminate any of the existing companies from our economy. Sian Jones added: “We are not looking at replacing any parts of the economy [...] of course we still want to support and grow the financial services sector and support the gaming sector, there is still an awful lot that can be done.”

Together Gibraltar wants to rebalance and diversify the economy” with technology-led industry which would include incentivising start-up companies, specific talent and include tax relief measures.

On the issue of public accountability, Neil Samtani, Together Gibraltar candidate who was also present at the press conference said: “What we’ve put together in our manifesto is a proposal that will introduce a coherent and cohesive view of how transparency and accountability can be maintained going forward [...] we have a framework that we will adhere to from the day we take office.”

Together Gibraltar’s three proposals to improve public accountability are a ministerial code of conduct, a conflict of interest register which will be continually monitored and the introduction of a public accounts select committee to be chaired by the Opposition to review the auditing process and provide recommendations to the Government.

Lastly, Together Gibraltar has pledged to allow access to public records. Mr Samtani said: “It’s important that all Gibraltarians can hold government to account and the best means for that to take place is through access to information.”