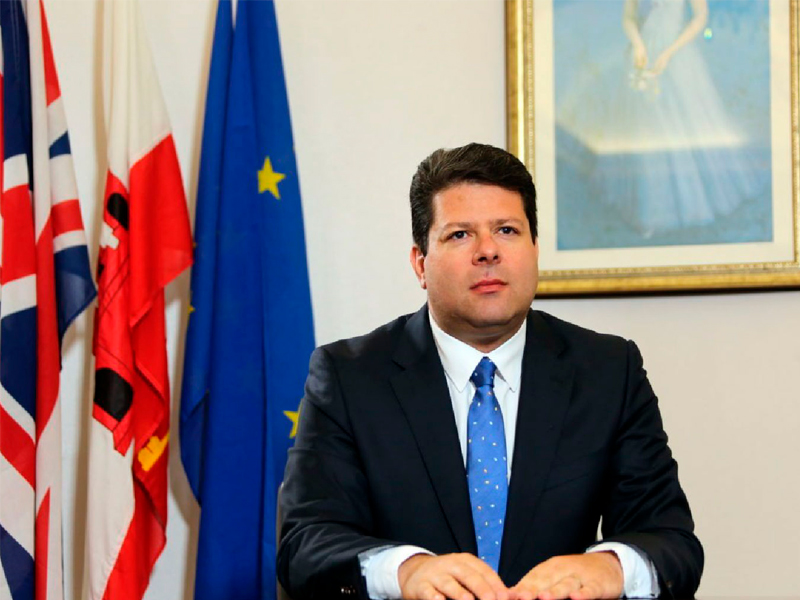 Four weeks since the election was called and with just three days left to the vote, YGTV met with all party leaders during the busy election campaign to bring readers a snapshot of the hopefuls willing to lead Gibraltar during the next four years.

Favourite snack: All of them

Top moment in political career: Winning the election in 2011

Fabian Picardo may have had the advantage of knowing which day the election would be set. However, he defended his position that holding the election this coming Thursday was the best option for Gibraltar’s future stability, with Brexit looming around the corner.

“I think what we’ve done is call it at exactly the right time in order to respect the democratic legitimacy of the four years, ensure we are with a government in place, I hope with a renewed mandate, others might hope with a new mandate, in time for the date that Brexit happens.”

“This is not a time for novices or has-beens. In one sentence, that, I think, will encapsulate the general election campaign,” confidently replied the leader of the GSLP-Liberals.

YGTV asked Mr Picardo to what extent Brexit had played a role when creating the manifesto.

“[Brexit is]  going to be infecting the whole political debate until it goes away, one way or the other – and therefore that is going to affect what we propose in terms of projects, what we prioritize and why we prioritize things, but I think the general public is as sick of hearing about Brexit as I am talking about it.

“My responsibility to my children, to my family, to my extended Gibraltarian family and my nation is to get Brexit right, however boring it may be,” the leader of the GSLP-Liberals added.

On the topic of abortion, YGTV asked Mr Picardo if the referendum would go ahead in March, if elected.

“So, the referendum campaign will definitely happen if we are re-elected. It’s in the statute and I’m personally committed to having that referendum. I think the abortion debate has now moved in a way that I think will demonstrate to people why it was right to go with the referendum.

“And this is the reasoning: There is one party that says they will not have a referendum because they will immediately implement our law; the law that we have brought, the act that we have passed (Abortion is already in our statute), and that is Together Gibraltar. They are denying those who are against abortion the right to express themselves.

“There is another party, the pro-abortion GSD, who are lying to the public. In a barefaced way, suggesting or masquerading as if they were anti-abortion, when in fact what they’re saying, that they are trying to make sound like anti-abortion, is that they’re just going to bring an abortion law for cases of rape or incest.

“So if anybody that is against abortion thinks that they manage to have no abortion when they vote GSD, they’re being duped. This is the most barefaced lie in Gibraltar politics. And what's worse? In my view, is that the position of the GSD is the most morally bankrupt that you can imagine.

“It is in my view the worst position that you can ever put life in. And that is to say that, you believe in abortion only in cases where the child, (because if you’re anti-abortion you don’t describe it as a foetus but as a child), is the product of their father’s sin. So for the people that are supporting the GSD position that rape and incest should be circumstances that abortion should be allowed; they are going to vote in favour of the murder of children based on the sins of their fathers.

“I put it to Keith Azopardi that is the most morally bankrupt position ever taken by any politician in any election, anywhere in the world,” the leader of the GSLP-Liberals argued.

As Gibraltar seems to move away from the traditional two-party system, YGTV questioned Mr Picardo on whether his party would be supporting a parliamentary reform in the next electoral cycle if elected.

“I think the parliamentary select committee on reform needs to looks very carefully to what the future is. I don't think anyone is talking about the reality of what the representation of the people is going to be in the future.

“I think it means that as social media matures, and I think social media at the moment is the Wild West of where it’s going to be in the future, but that there should be an ability to influence decision-making in certain areas in a more direct way.

“People would be expecting to ask questions more directly than they do today by having a parliamentarian asking a question a month. I think the revolution in democracy is coming and it’s going to be a wave that is going to completely overpower the things that even the most avant-garde debate on parliamentary reform has even started to consider today,” explained Mr Picardo.