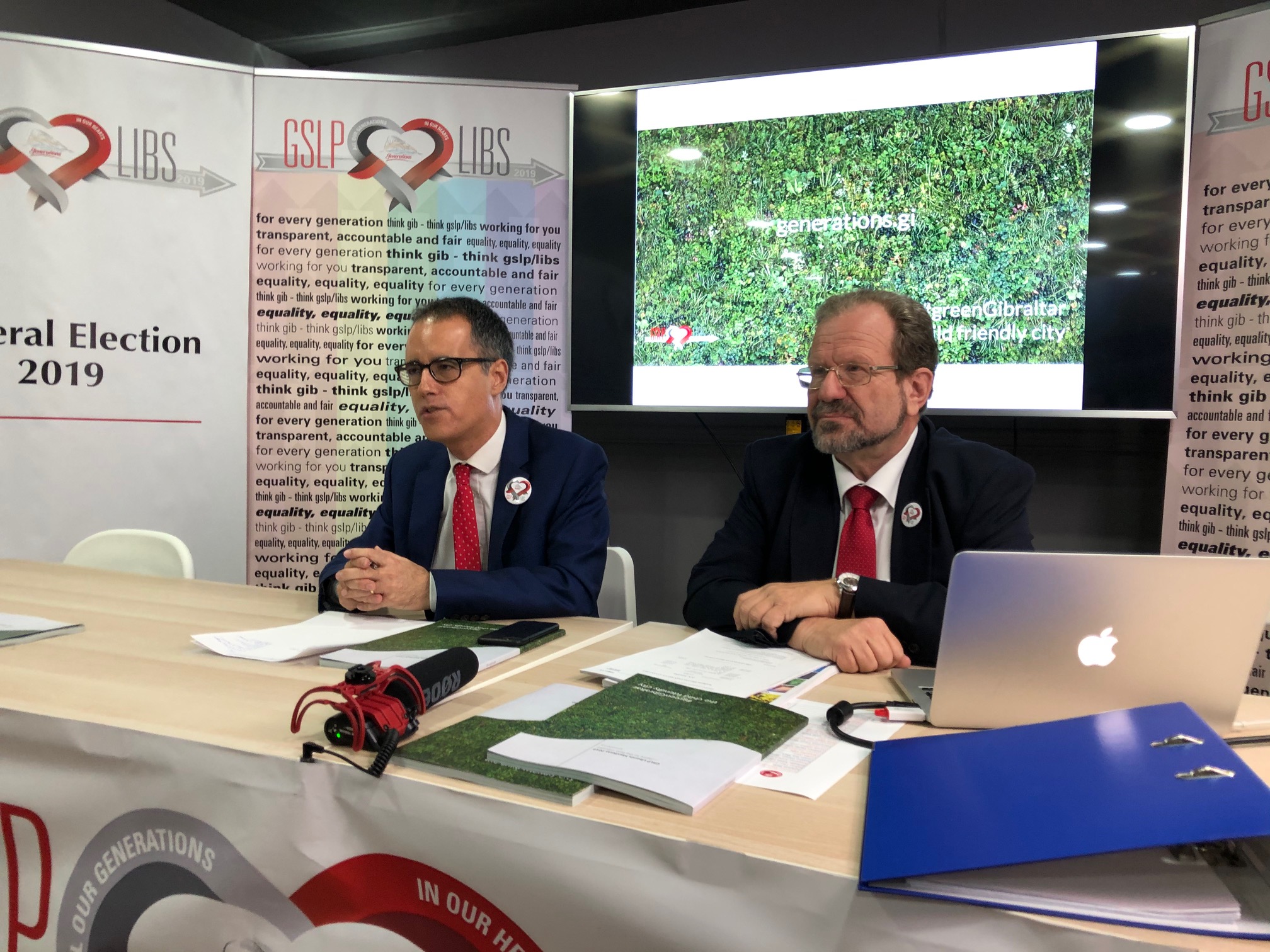 Dr Cortes began by announcing that one of the new parks on Queensway will be a dog friendly park and include a specific dog park. Dogs will be allowed over the whole of this park, with an area within it set aside with specific facilities for them.

This will be in addition to the new dog park at the Nuffield Pool/Little Bay area, an upgrade to the Alameda dog walking area and other smaller dog areas around Gibraltar. He also committed, if elected, to review the dog urine law in relation to the amount of liquid to be used in advance of it coming into force on 1 January 2020. 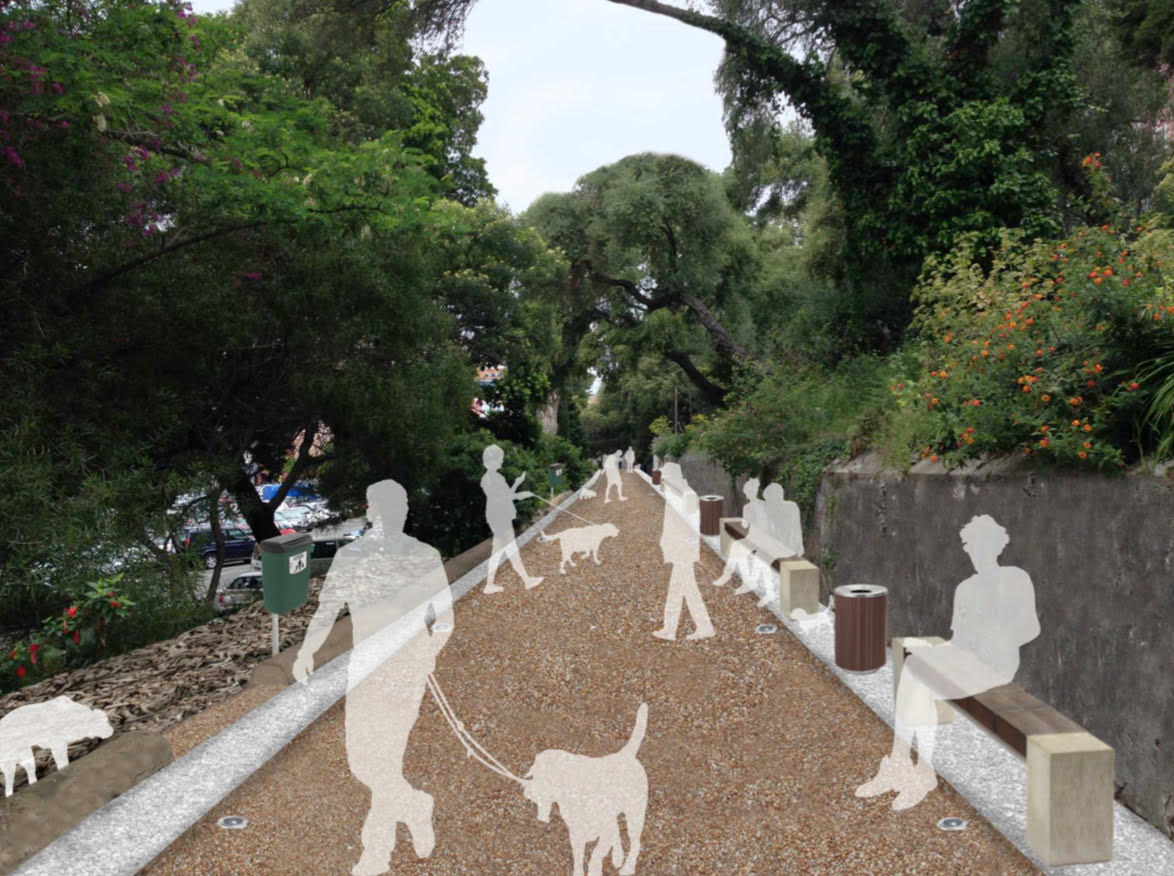 John Cortes then ran through the new parks, along Queensway and in the Glacis area. Joseph Garcia, who introduced the Press Conference, announced that one of the features in the adventure area in The Mount will be a skate park.

John Cortes then gave a summary of the work done on nature protection, which included increasing the size of the Gibraltar nature reserve by 39% to now cover 37% of Gibraltar. He also highlighted work on the paths on the upper Rock, creating of picnic area, habitat creation and the reintroduction of Barbary partridge and European rabbit.

On the sea he highlighted the creation of the Environmental Protection and Research Unit, reef creation and work to protect the marine environment.

This work will continue, with plans for further paths on the Upper Rock, and renewal of many of the old fortifications and including an educational area for schools.

He highlighted the commitment of the GSLP/Liberals to a ‘Green Gibraltar’, emphasising that only the Alliance has the track record, experience and commitment to deliver a sustainable, nature-friendly #GreenGibraltar which will in become a ‘Child Friendly City.’

John Cortes started by stressing his gratitude to teachers and all those who work in Education for all they had done over the past year and a half in taking all the changes forward despite the high demands on their time and the complexity of the challenges.

The GSLP/Liberal Government, he reminded, had built six schools in eight years, replacing schools that were many decades old. The Alliance, if elected is committed to six more schools, St Martin’s, Governor’s Meadow and Bishop Fitzgerald where work is already under way, St Mary’s and the Hebrew School, and the new Gibraltar College. New designs for the College were revealed today: 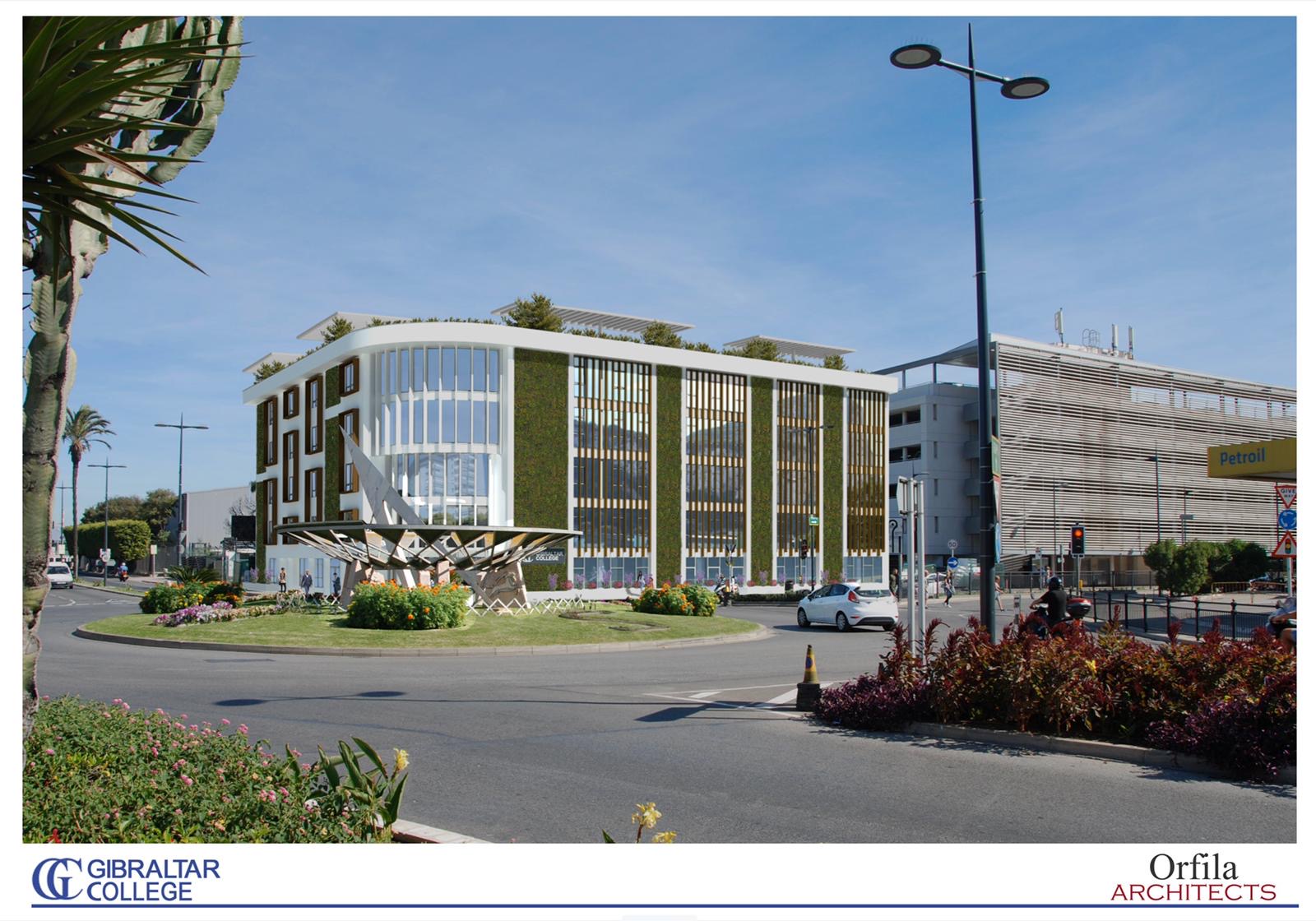 Co-Education and key stage alignment have been key in the changes in Education, he added. In addition the new facilities and co-education will ensure equal opportunities for all children and an expanded curriculum. This will include vocational options at ‘options’ time to cater for a wider range of subjects in school. There will be greater emphasis on the digital technologies, including coding and computer science, reflecting the demands of industry, and on STEM subjects. Arabic and Mandarin will be introduced as subject options.

Dyslexia support and assessment will be provided for all children. There will be additional support for children with autism and special needs in general, including children with high performance capabilities, and there will be a teacher for the deaf.

If elected, the GSLP/Liberals will complete the review of the Education Act and of how Education is organised.

For students in higher education, Student grants will be increased annually, there will be a Scholarships ‘rainy day fund’ to guarantee grants in the future, and a rental guarantor support scheme. Free eye tests will be provided until the end of a student’s university career.

There will be continued emphasis on school mental health, supporting teachers in their work by continuing training. The Alliance introduced four

School Counsellors for the first time and will increase these by two as well as adding two Educational Psychologists to the team.

He said the GSLP/Liberals had “the experience and are ready too take education even further for the benefit of future generations.”