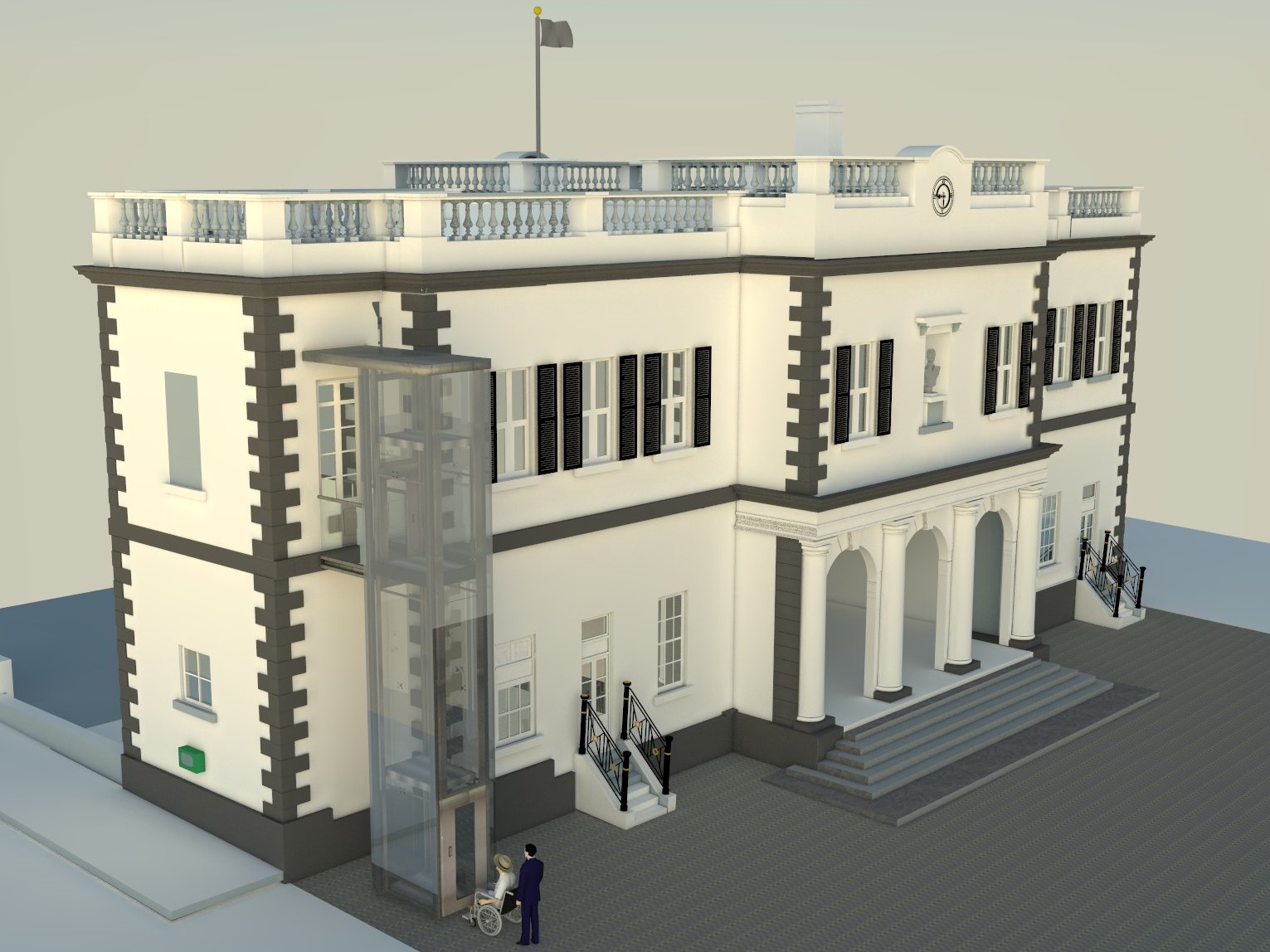 Parliament Lift To Be Fitted On Western Side

The Government is poised to refurbish the Gibraltar Parliament and provide lift access to the building. This has come about following discussions with a philanthropic entity in Gibraltar that has expressed an interest in developing this as one of their projects.

It will be recalled that the provision of a lift on the western side of the Parliament building was tabled before the Development and Planning Commission a number of years ago. The final product would be similar to the lift at Commonwealth Park.

There was an issue at the time with the Heritage Trust who preferred that the lift should be installed elsewhere. An alternative location was identified on the eastern side of the building facing Main Street. A number of intrusive surveys were conducted and it was found that it was not physically possible to provide adequate access into the building from a lift which was placed at such a location. There were further exploratory works to establish whether it would be possible to install and internal lift or even a chair lift but the stairwell was found to be too narrow for this.

The Government believes that it is essential to allow lift access for persons with disability issues. It is true that the Parliament is housed in the old Exchange and Commercial Library building which dates back to 1817 and that it has heritage value. However, there will be a bridge from the lift to the building and access would be through an existing window opening which will keep any alterations to the structure to an absolute minimum. A Heritage License has already been granted.

“We have waited long enough, consulted widely over time, and looked at this from every conceivable angle. There is a commitment in the manifesto of the GSLP/Liberals, which is now the programme of the new Government, to revert to the original external design for the Parliament lift on the western side of the building. This is what we intend to do.”

This scheme, which was approved some time ago, is now going forward together with the external refurbishment of the whole building. 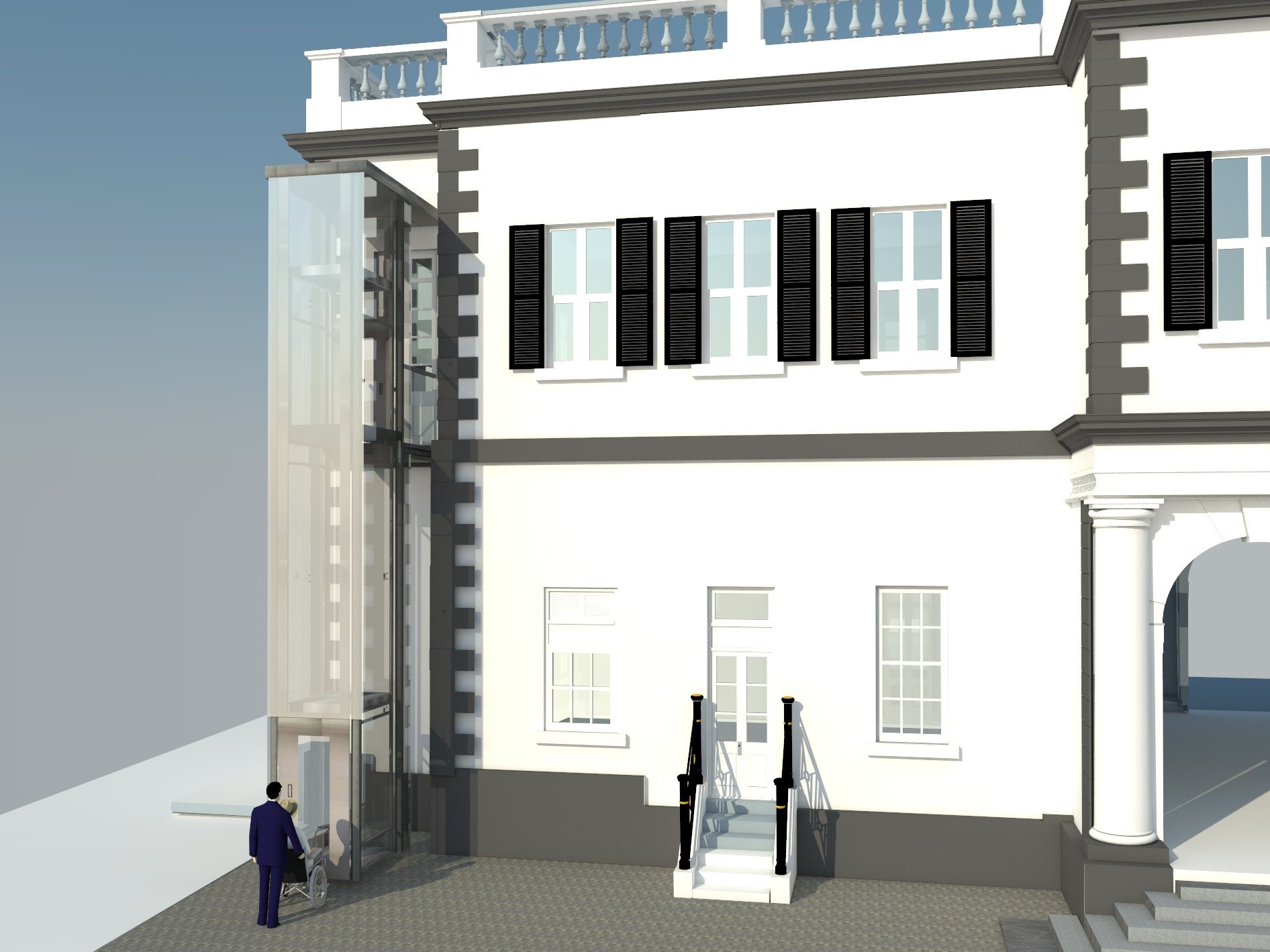 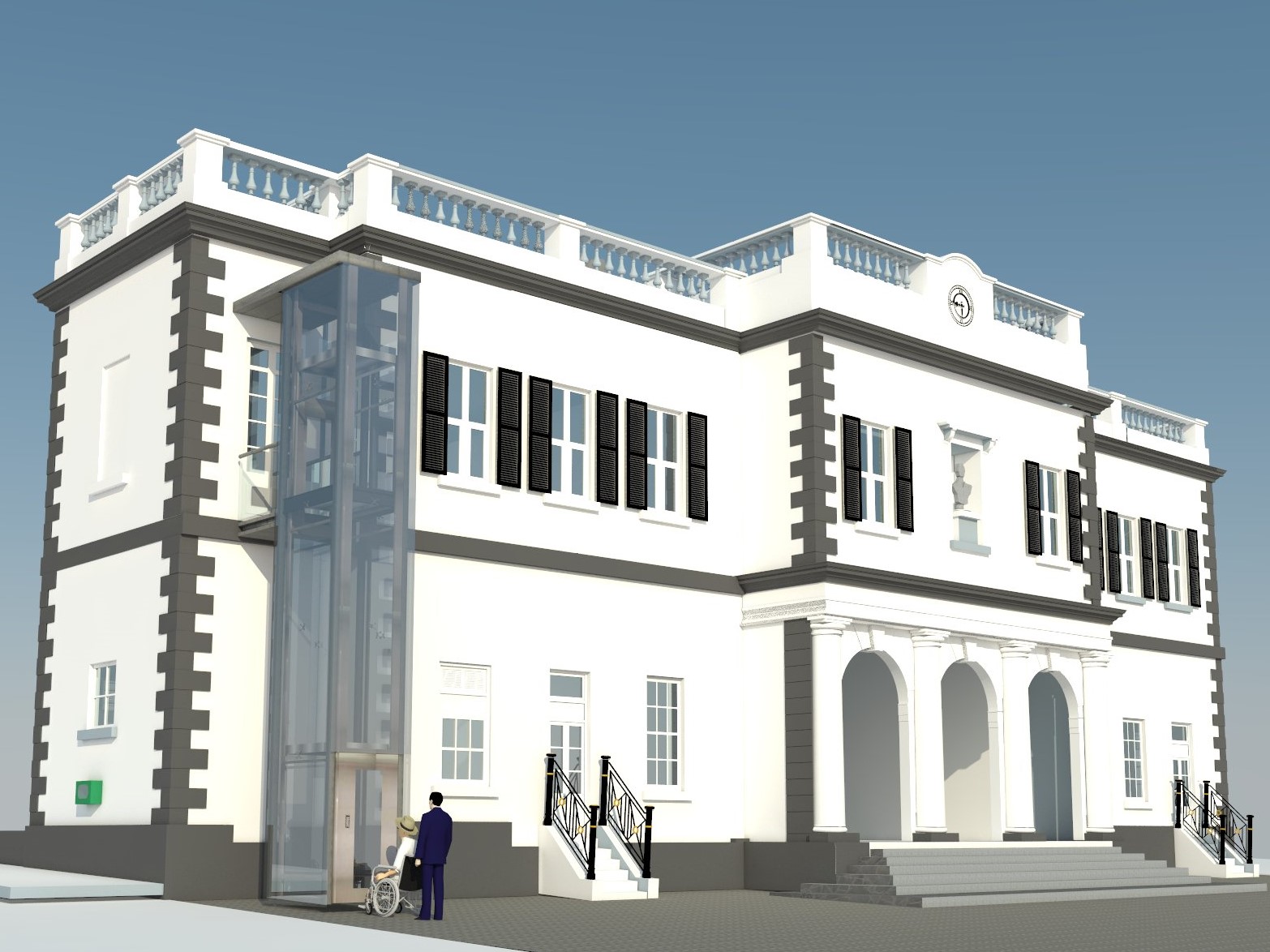