The Ministry of Defence (MOD) recently invested in new equipment for the Gibraltar Defence Police (GDP).

All GDP police officers, together with security officers in the Defence Guard Service (DGS), are now equipped with stab/ballistic vests. The new vests are much lighter than older versions and represent the very best kit currently on the market.

With police officers now routinely equipped with ‘PAVA’ incapacitant spray and firearms officers carrying the same Taser equipment as their Royal Gibraltar Police (RGP) colleagues, the Force carries out its duties protecting the MOD whilst being ready to support other law enforcement colleagues whenever necessary.

Other recent changes have seen the GDP move from its traditional green and white chequered cap band to the more widely used black and white band.

The GDP’s Chief Police Officer, Chief Superintendent Rob Allen said: “We are proud to maintain our identity as a police force – something that is generally reflected in our badges and on our vehicles. That said, in a policing environment where firearms are now more often present than ever before it is essential that we are easily identifiable as police officers. The black and white cap band is an internationally recognized police ‘brand’.”

With recent upgrades to the firearms capability also, the investment in the GDP is a reflection of the value placed on the Force in support of the MOD’s mission in Gibraltar. 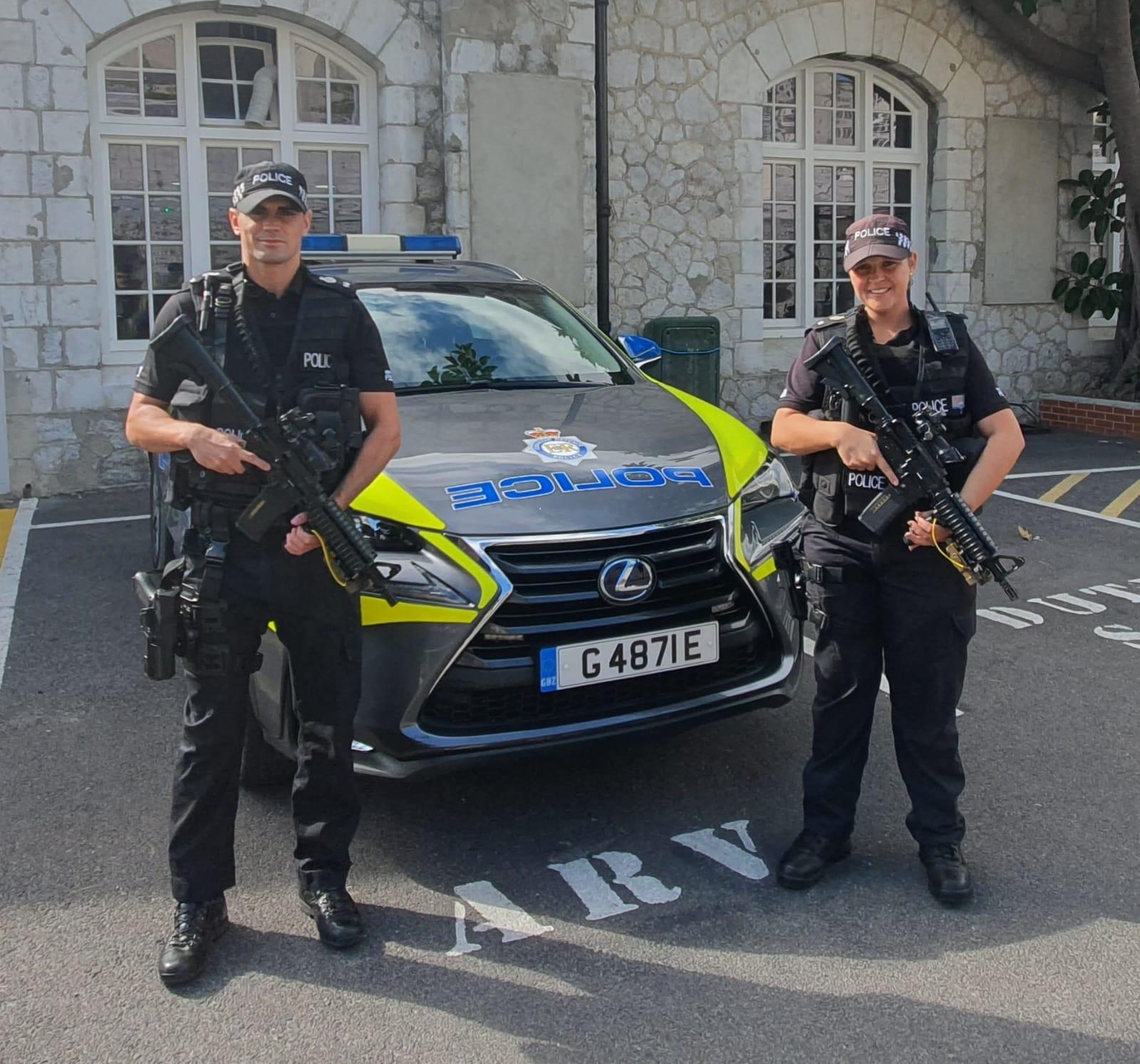