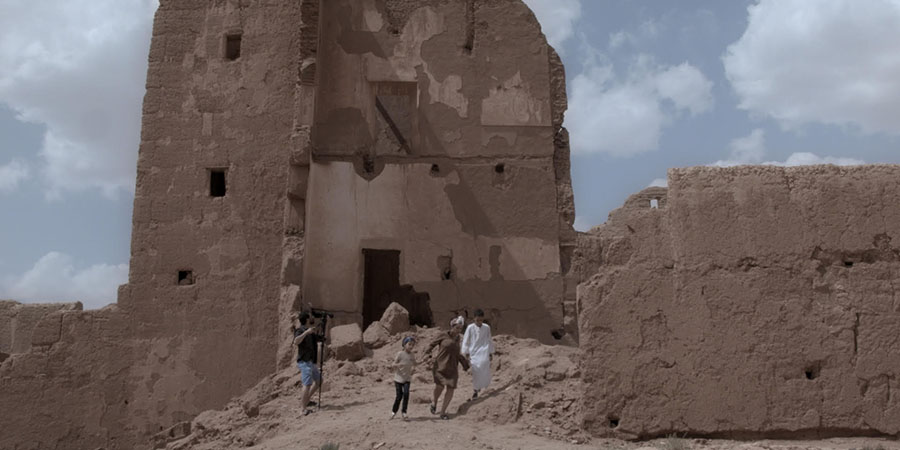 BrightMed has said Gibraltar has been represented at the Marrakech International Film Festival with the movie ‘In your eyes I see my country’ which was partly filmed at in Gibraltar during the Gibraltar World Music Festival in 2015 by film maker Kamal Hachkar.

A statement from BrightMed follows below:

He started the documentary in Gibraltar and brought over a group of Israelis musicians with Moroccan heritage such as Néta Elkayam and Amit Hai Cohen to cross the Strait by boat after performing in the GWMF in order to rediscover their roots.

The Marrakech International Film Festival was created  in 2001 by the King Mohammed VI to promote arts and the film industry in Morocco. Renewing the dialogue between talents and intellects, encouraging diversity and building bridges between different cultures and countries, the Marrakech International Film Festival has become a crossroad where great national and international actors, producers, film makers and directors are gathered every year.

Personalities from the seventh art from all over the world compose the juries, important delegations are present for the tributes to their countries and a large number of diversified films are shown to the public. All this and more allows the Festival to become an iconic event in the world of cinema and Morocco is now a privileged destination for major movie productions.

American director, producer, actor and environmentalist Robert Redford has already confirmed his presence in Marrakech to receive the Festival’s Etoile d’Or award in recognition of his prodigious career. Four other great names in cinema will be celebrated at the Festival this year such as veteran French filmmaker Bertrand Tavernier, the Oscar awarded actress Marion Cotillard, Moroccan cinema's shining stars Mouna Fettou and Bollywood icon Priyanka Chopra.

“Gibraltar symbolically means a lot to me in terms of its culture and its history. The symbolism of traversing the route that the parents of the artists took to their destination is very emotional to witness” Kamal Hachkar said during this visit to the Rock in 2015.

BrightMed and Gibraltar World Music Festival are credited in the film due to the support the director received for the production of this movie, Yan Delgado and Fatosh Eliana Delgado, have been invited to participate on the red carpet on the 3rd December in Marrakech and represent Gibraltar as cultural ambassadors and producers.

‘In your eyes I see my country’ shows how Néta Elkayam and Amit, musicians living in Jerusalem, embark on a journey to Morocco, their grandparents’ native country, to discover the roots of the cultural and existential legacies they have been bequeathed. They want to visit houses left behind and neighbours who stayed, assuage the angst of out-of-placeness, and witness first-hand a reality where Jews and Muslims live and continue to live together without war.

Availing themselves entirely to Kamal Hachkar’s compassionate camera, their complicity with him is compelling and their shared aspiration to imagine resurrecting that once-lost “Andalusia” is too enchanting to resist. Cadenced by a rich repertory of traditional songs, Hachkar’s film is at once urgent and gentle, filming as it does people who mend ruptures of the past, in the present, when it may seem unthinkable.