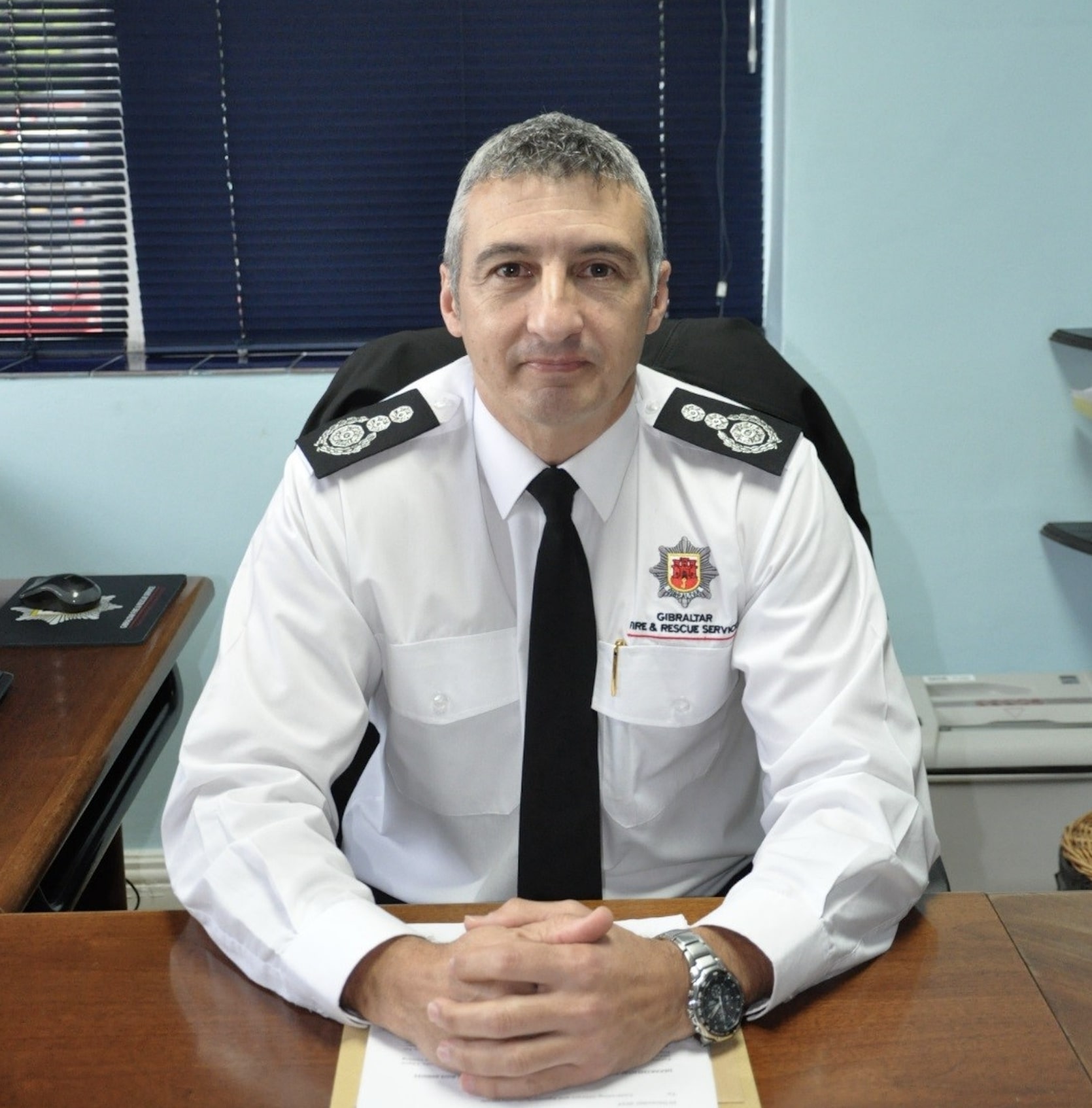 The Gibraltar Fire and Rescue Service has announced the appointment of Colin Ramirez to the post of Chief Fire Officer.

The newly appointed Chief Fire Officer Colin Ramirez has been a member of the Gibraltar Fire and Rescue Service since January 2000. He was awarded best overall recruit after completing a 16-week Fire-fighter Development Programme and hasn’t looked back since. During his career, CFO Ramirez has completed numerous specialised courses and obtained professional qualifications that have given him the knowledge and experience necessary to lead and support his officers. Within the first five years of his career he showed his commitment to the Fire Service and obtained all the statutory qualifications that made him eligible for promotion. In little over three years since November 2007, CFO Ramirez went from obtaining his first promotion as Leading Fire Fighter to Station Officer, where he proudly served and lead the men of Blue Watch for over four years prior to joining the GFRS Senior Management team as Deputy Chief Fire Officer.

Throughout his twenty years in the Service, he has undergone training locally, at the Fire Service College, and in other institutions, in operational, tactical and strategic command. In July 2012 and July 2013 respectively, he took the initiative and passed the Institution of Fire Engineers Member level examinations in Strategic Human Resource Management and, Civil Emergency and Disaster Management for the Fire and Rescue Service. In addition, mandatory courses in Watch Command, Hazmats Command, Tactical Ship Fire-fighting, Advanced Incident Command, Multi-Agency Gold Incident Command, and CBRN Strategic Command, are all but a few of the challenges that must be overcome to prepare an officer for such a task.

CFO Ramirez was officially appointed as from Monday 20th January 2020 and we would like to wish him and his officers all the best in their continued efforts to keep the community of Gibraltar safe.

CFO Ramirez: “It is an absolute privilege to have been given this incredible opportunity to lead and support this amazing and humble group of officers through the many challenges ahead. I am truly excited by the prospect of our ongoing development as a modern, diverse Fire and Rescue Service whose ultimate aim is to keep our ever-growing and developing community safe.”

“The Minister with responsibility for the Fire Service, Gilbert Licudi, congratulated CFO Ramirez on his promotion. Mr Licudi said that CFO Ramirez takes on a great responsibility and he had no doubt that he will serve as Chief Fire Officer with the same dedication, professionalism and commitment that he has shown during the whole of his career in the Fire Service. Mr Licudi thanked outgoing CFO Tony Yusifredo for his service and wished him a long and happy retirement.”