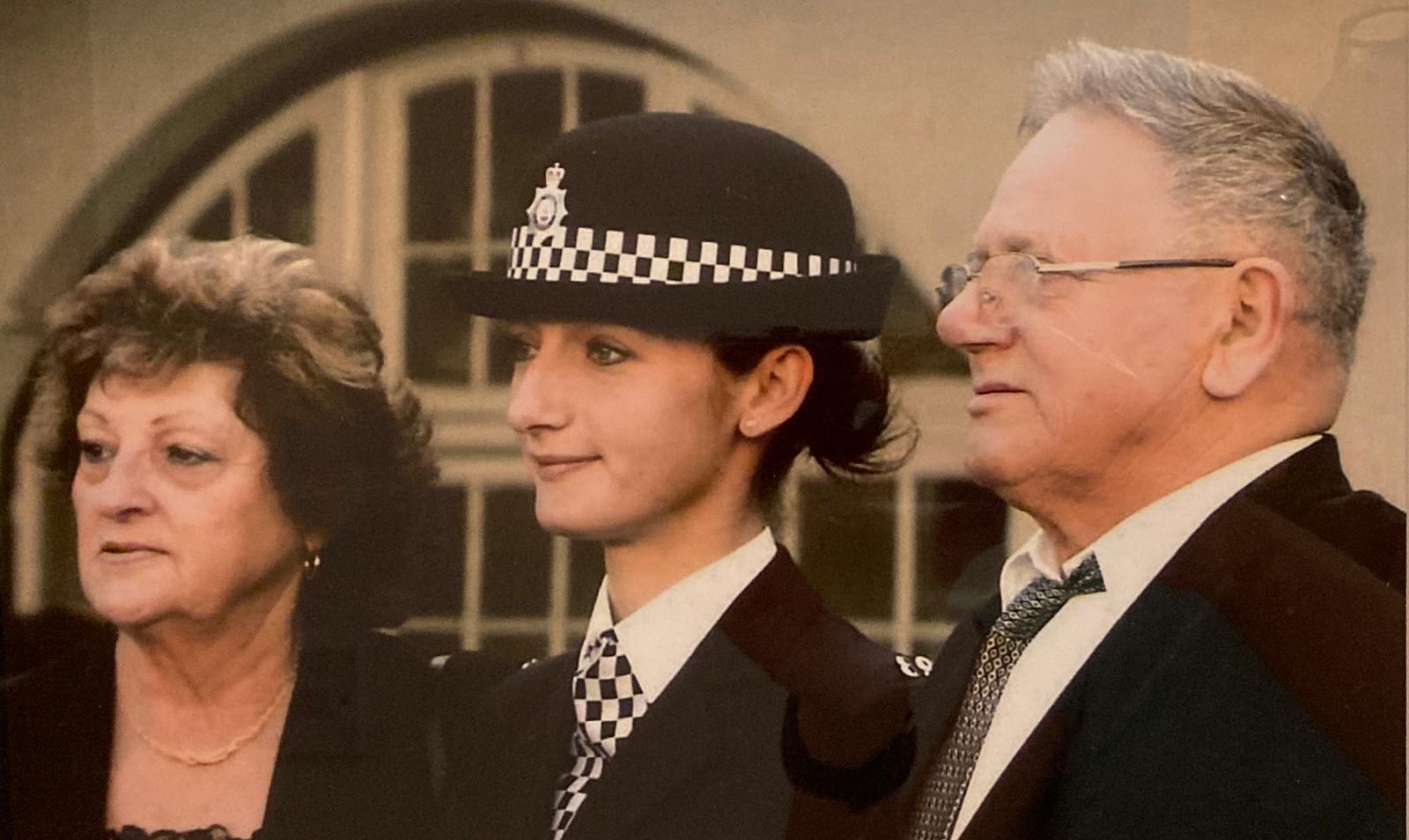 Sergeant Patricia Gonzalez talks about following in her father’s and grandfather’s footsteps to join the police...

It was an article about police recruitment in the Gibraltar Chronicle that caught Patricia’s eye some 17 years ago. At the time she was working in the accounts department of a local travel agents as a fresh-faced 27-year-old.

Both her father and grandfather had been police officers in Gibraltar, but up until then she hadn’t considered a career in policing.
Patricia, 44, a mum of one, said: “I just needed a change. I remember seeing the advert in the newspaper and I thought, I’ve got to go for it. I needed to make a change for my future and move forward.”

So Patricia joined the police training school in 2004 – a year and a half after her father, ex-PC 123 John Gonzalez, retired.

Asked if working in the police was what she thought it would be like, she replied: “I think I was a bit naive before I joined, because things do happen in Gibraltar.

“I usually say to my granny, what you see in the Spanish news, that happens in Gibraltar. There are things that you don’t get to hear about that we get to see.”
Patricia admits that the job has changed her and that she is not the same person as she was in 2004.

She explained: “I am still Patricia, however you become somewhat cold and desensitised, as you’re required to remove emotions when dealing with traumatic situations. This can impact you post incident, as you can’t un-see what you’ve seen. We get to see and deal with matters that the general public don’t do or see on a day to day basis. Unfortunately that’s part of your job, and I signed up for it. I have the same sense of humour, but it’s darker now. Only those that work with you will understand that.

“There’s a sense that sometimes your friends might not understand your sense of humour, or the things that you come out with. But then we just agree to disagree. The humour is a coping mechanism.

“Being in the police has also made me enjoy my own space away from people more. Don’t get me wrong, I like people, but there’s times when I just want to be on my own.”

During her 17-year-career a lot has changed, but most notably the amount of paperwork has increased, and the police are more accountable now, according to Patricia.
But it’s been an interesting job so far for Sgt Gonzalez, who is currently in charge of the Criminal Justice Unit and the File Preparation Unit. “I’m proud of what I’ve accomplished, and I couldn’t see myself doing anything else, it’s like it runs in my blood,” she said.

“I got the Best All Round Recruit award in 2004 and then I got the Constable of the Year award in 2008. But I’ve also had six Commissioner’s Commendations.

“I never went to university, so for my family, especially my parents, my grandfather (ex-PC 104 Sergio Parody) and my brother to see me as the Best All Round Recruit was a very proud moment for me.”

Patricia also has another string to her bow in that she is currently the Chair of the RGP’s recently formed Women in Policing Forum.

She said: “The forum is an opportunity to enable females within the force to fulfill their careers and allow them to develop professionally and to progress through the ranks. But it’s also to raise awareness and understanding of issues affecting women within the RGP.”

Patricia has worked in a variety of departments, including the Response Team, Neighbourhood Policing and the Criminal Investigation Department. She was promoted to Sergeant in 2011, and worked in Response again before joining the Safeguarding Unit, which was formed as a result of

Recommendations from her Her Majesty's Inspectorate of Constabulary and Fire & Rescue Services (HMICFRS) in April 2012. She stayed there until May 2018 before joining the Designated Risk Management Team, who monitor sex offenders in Gibraltar.

She said: “Every department I’ve been in I’ve enjoyed. I’ve had excellent times on shift due to the camaraderie with officers – we had a lot of laughs there. But CID made me the police officer I am today. I had two great leaders/teachers, Wayne Tunbridge and John Field, and learned from the best.”
Another memorable moment was flying to Düsseldorf in Germany a few years ago to return a person arrested on a European Arrest Warrant.

“As we were flying back into Gibraltar, I got to sit in the cockpit with the pilots, which doesn’t happen too often.”

But there are negatives to being a police officer, according to Patricia.

“I found it challenging and at the same time rewarding in the Safeguarding Unit. You are constantly dealing with sensitive matters, children, the vulnerable, and families, in addition to working closely with other external agencies. The first time I removed a child from their family, I was on shift. I didn’t like it at all and I went home really sad. The child was only six-years-old. I remember taking the child up to the Ops Room at New Mole House where the child appeared not to be fazed by the experience. But I remember thinking that I had removed a child from their mother and feeling bad about having that power. Obviously you have to use this power wisely, based on evidence, but sometimes you doubt yourself if you’re doing the right thing.”

Patricia added that another negative aspect of being a police officer was being in the limelight all the time.

She continued: “You are never off duty. You’re a police officer 24 hours a day and you get people coming up to you all the time, so sometimes you don’t have downtime. Sometimes you can’t disconnect as people know you, they’ve dealt with you before. So they say, ‘I’m going to call Patricia’. But the positives outweigh the negatives. I have had great times within the police and made great friends. It’s all about making a difference in people’s lives.

“Being a police officer is not always about catching the bad guys, as my daughter says, it’s about being a positive influence to people and my colleagues.”

As for how Patricia enjoys her spare time, she has taken up a new hobby during the lock down.

“Last year during the first Covid lockdown, I managed to pick up my cross-stitching again, which makes me sound like an old woman,” she joked.

“But cross-stitching has been my safe haven. It’s my ‘go to’ place to completely disconnect. I put the radio on and listen to music and cross stitch. I zone into that and forget about everything.

“I also used to play hockey, but that pastime is currently extinct. But I would like to pick it up again. I like going for walks as well.”

And when asked if being a police officer affects her family life, Patricia explains: “I work from 8 to 4, so I see my daughter enough. When I was in a specialised department, weekends were sacred. If I was working long hours, the moment I had time off, it was important to me to spend it with my daughter. It’s still important to me to find a balance between being dedicated to your work and to your family. My daughter is the most important thing in my life. I only have one. Will only have one, and I have to make the most of it.”

As for her plans for the future, that’s an easy one: “I want to be happy and know that I’ve influenced my colleagues and the general public in a positive way. In my eyes that would be a fulfilled career. However, I would also like to retire having made it to Inspector. That would make me extremely happy.”

“If anyone were to ask me, would I join the police again or recommend it to anyone, my response would be, ‘Most definitely!’” 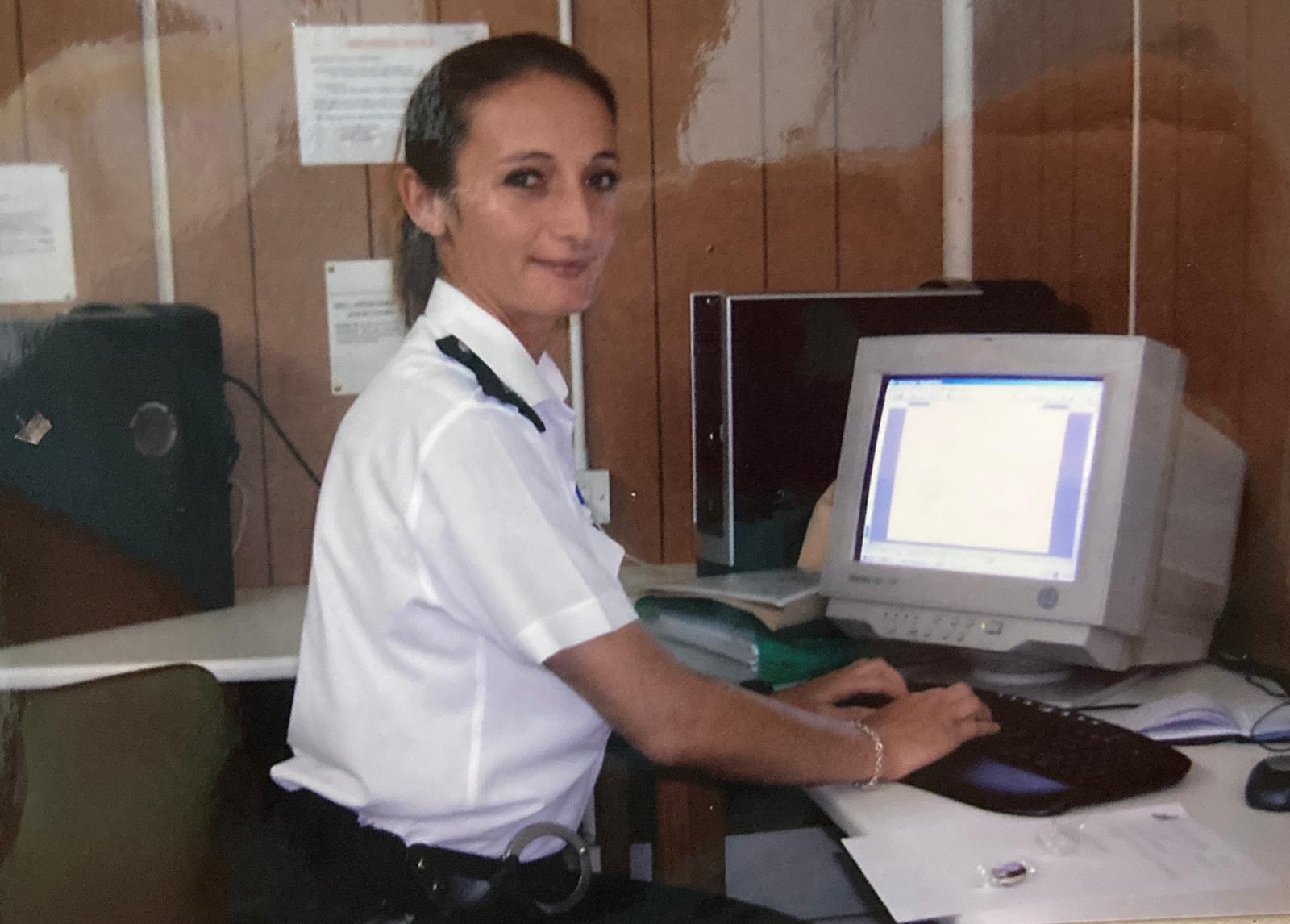 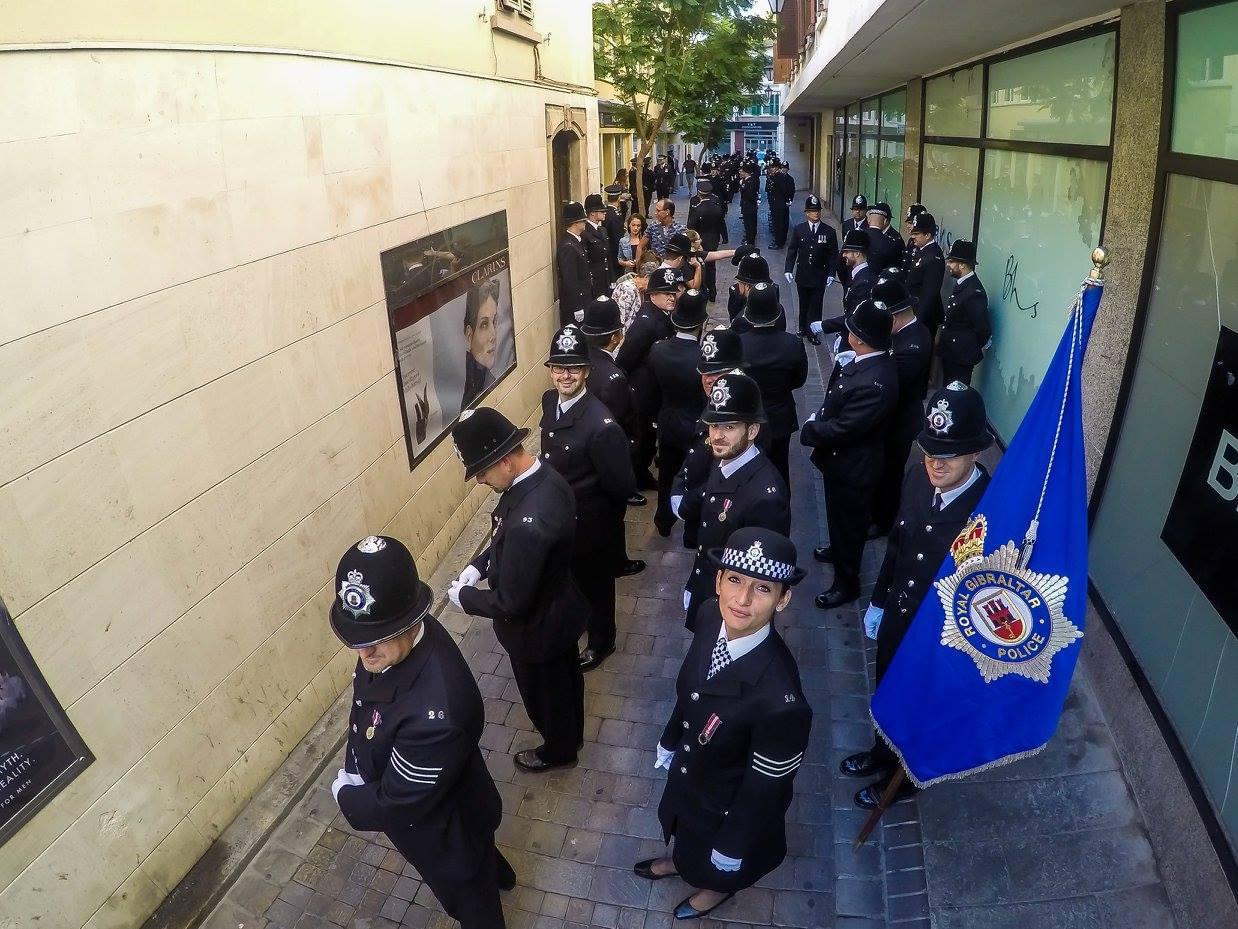