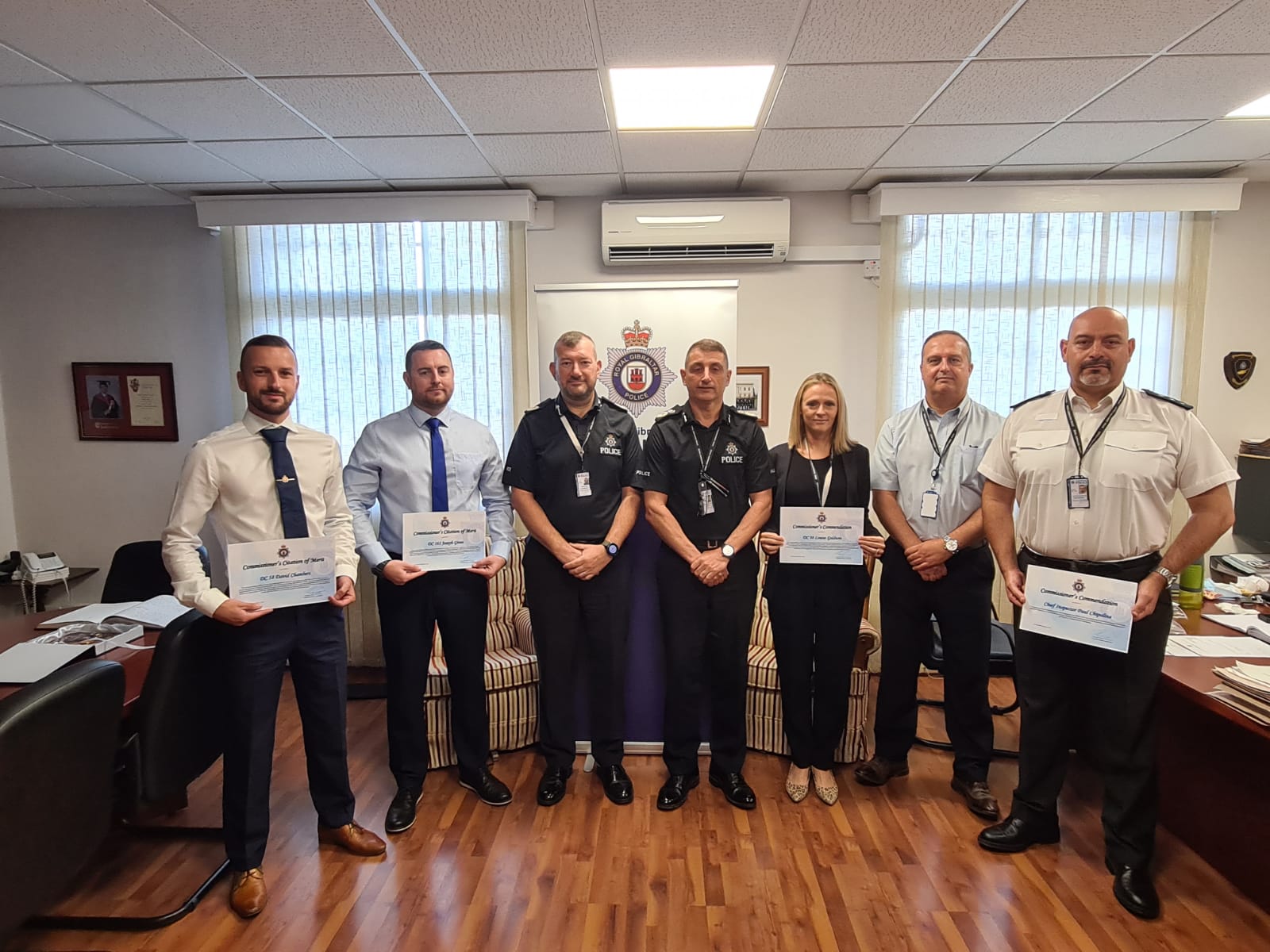 Four RGP officers have today received commendations from Commissioner of  Police, Richard Ullger, for their excellent work in a recent case.

Chief Inspector Paul Chipolina and Detective Constables David Chambers, Joseph  Given and Louise Goldwin were praised for their efforts in bringing Virginia Osuna  Gil to justice after she stole expensive jewellery from an elderly Gibraltarian.

Osuna Gil was employed to care for the lady in 2019 and the family soon noticed  that a large number of high value items of jewellery were missing from two family  properties. The matter was reported to the RGP Criminal Investigation Department  and an investigation was launched.

At the initial stages of the investigation, DNA swabs were taken from two pouches  from which jewellery had been stolen, as well as from victims and persons with  access to the properties.

In March 2021, Virginia OSUNA GIL was charged with one count of Theft of  approximately £100K of jewellery from one of the family’s properties, and Burglary in relation to a further £30K of jewellery stolen from a separate family residence.

As part of this investigation, extensive enquiries were undertaken with the support of  counterparts from the Cuerpo Nacional de Policia in La Linea who were able to  identify several businesses in Spain where the defendant had disposed of the stolen  items over a period of several months.

After several appearances in court, the defendant pleaded Guilty to both charges  and was sentenced to a total of 4 years’ imprisonment.

The citation awarded to each officer reads:

For outstanding police work, dedication to duty, tenacity and victim focus, in  accordance with the Code of Ethics and Competency and Values Framework, and

as displayed during Operation Theta, an investigation into the theft of items of  jewellery valued at approximately £130K from 2 private residences between August  2019 and July 2020, with the defendant Virginia OSUNA GIL subsequently pleading  guilty and sentenced at the Supreme Court of Gibraltar to a total of 4 years  imprisonment.