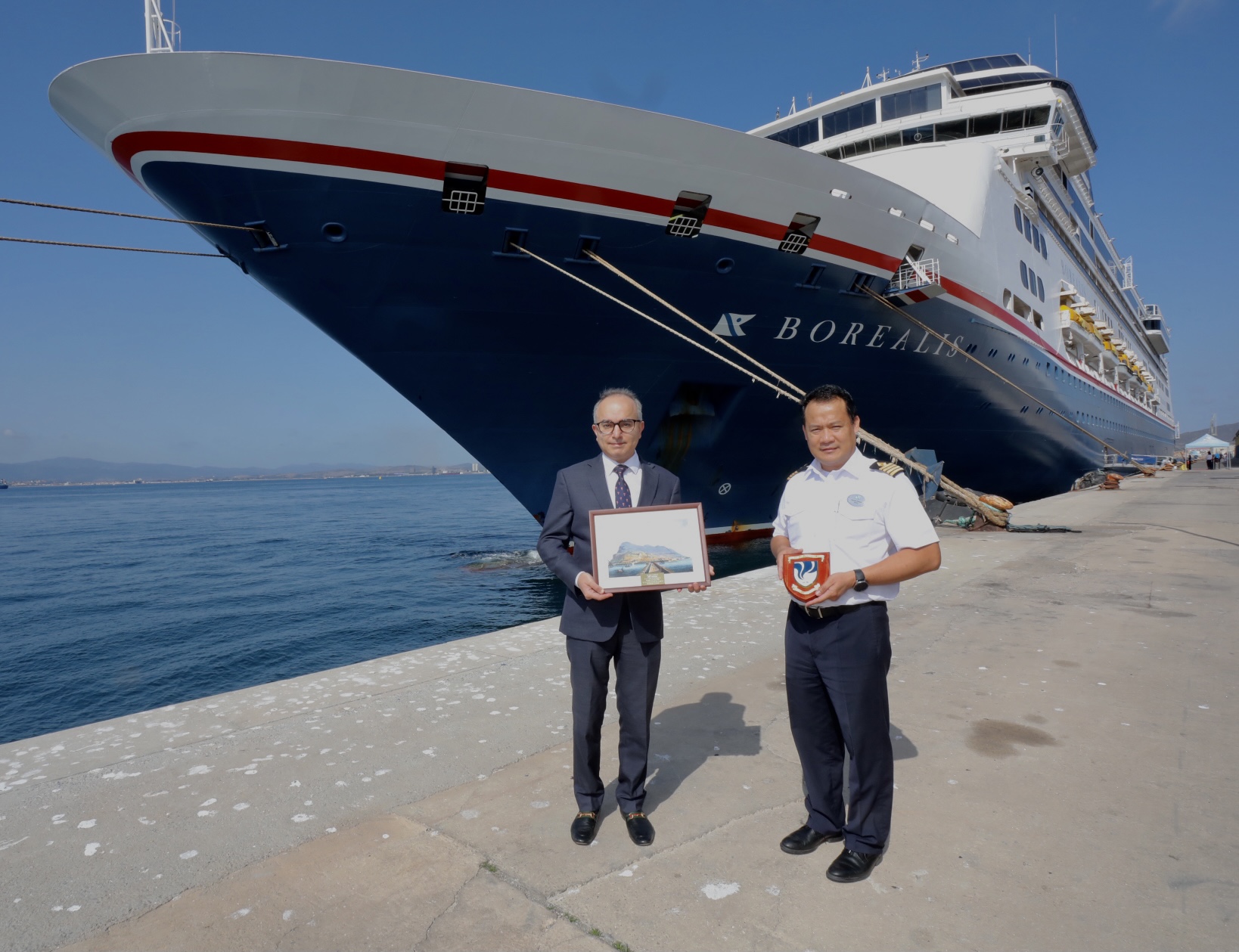 Minister Vijay Daryanani has welcomed the MS Borealis cruise ship on its inaugural visit to Gibraltar.

MS Borealis has been Sailing for Fred. Olsen Cruise Lines since July 2021, which is a UK-based,  Norwegian-owned cruise shipping line with four cruise ships. This vessel holds 702 cabins, with a  standard capacity of 1,360 passengers and 662 crew.

MS Borealis arrived at the Gibraltar Port this morning at 0800hrs and will depart at 2000hrs.  Minister Daryanani and Captain Rommel Pineda engaged in the traditional exchange of plaques at  the Gibraltar cruise terminal.

The Hon Vijay Daryanani MP said “I am very pleased to welcome MS Borealis to Gibraltar for the  first time. It is great to see the cruising industry start up again after the manner in which it has  suffered so much over the last nineteen months. Gibraltar has missed these cruise calls immensely.  I hope this is the first visit of many for this vessel and cruise ships in general”. 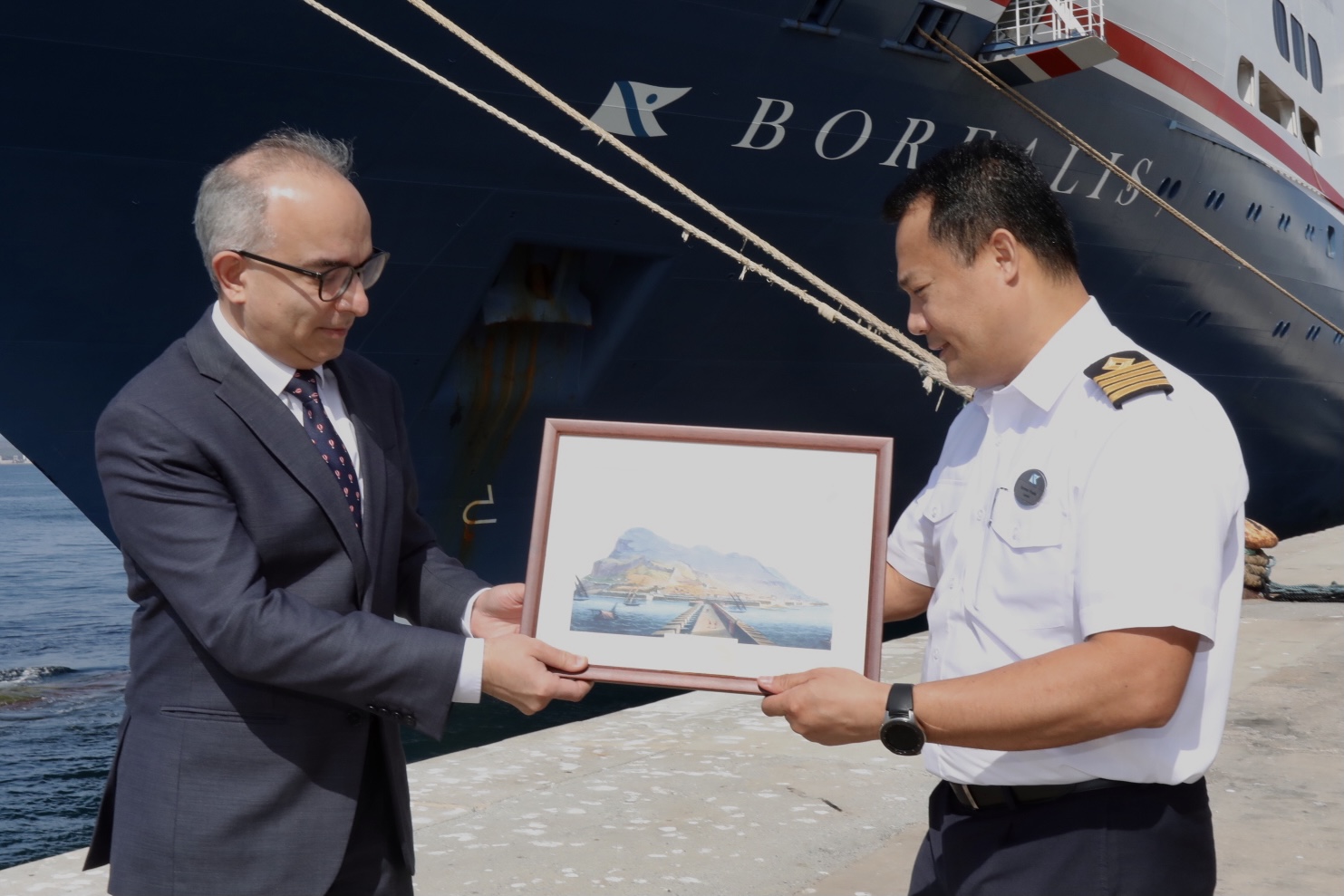