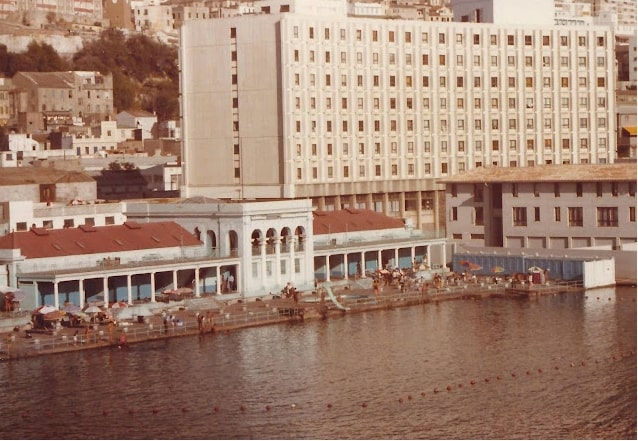 The long lost Montagu Sea-Bathing Pavilion plaque, missing since 1988, has finally been restored and placed on the exterior façade of the Montagu entrance. Originally, the plaque stood within the entrance in the main reception area.

The Montagu Sea Bathing Pavilion was constructed in 1929/30 and inaugurated by the then Governor, Alexander Godley on the 15th May 1930. The pavilion consisted of a main entrance hall leading to separate changing rooms for men and women and divided into 100 cubicles per wing.

The Pavilion was designed by the City engineer - Mr. W. H. Pearce under supervision of Lt. Col. H. W. Tomlinson R.E., Chairman of the Gibraltar City Council. The cost of construction was £9,000. The sea-bathing facilities at Montagu would continue to serve the community until 1988 when the Government began the process of reclaiming land from the sea with the purpose of stimulating economic development by creating space for much needed housing projects. 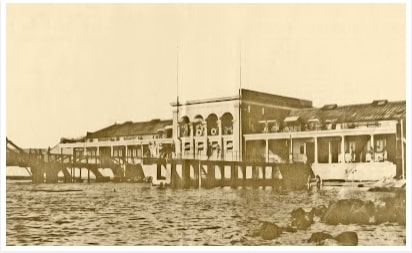 The original reclamation project envisaged the destruction of the iconic Montagu pavilions which led to the plaque being removed pending disposal. Prior to its intended demolition and whilst the interior was being gutted, Mr. Albert Stagnetto arrived with the intention of removing and transporting some of the beams lying around the site for use at his store at Parliament Lane. It was at this point that Mr. Stagnetto spotted the plaque amongst the rubbish, and thankfully decided to salvage it.

Meanwhile, the decision to demolish the iconic Montagu façade was halted and later rescinded following mounting public pressure but by then the whereabouts of the original plaque could no longer be traced and it was deemed to have been lost. The plaque, however, would remain preserved in storage at the store in Parliament Lane for the next 30 years.

In late 2019,following a casual conversation with Mr.Keith Sheriff of the Ministry for Heritage,the story of the mystery of the missing Montagu plaque finally came to light. Mr. Stagnetto indicated that he would be pleased to return the plaque on the understanding that it would be restored and displayed back at the original building. In early January the plaque was entrusted to the Ministry for Heritage and restoration work on the plaque began with the plan for its unveiling scheduled for the 15th May 2020, 90 years to the day after the original plaque had been unveiled. However, due to extended lockdown measures the whole restoration project had to be shelved until later in the year.

The Minister for Heritage John Cortes commented: “I would like to thank Mr. Albert Stagnetto for his kind gesture of returning the plaque to the people of Gibraltar, as well as the STM Group PLC for kindly agreeing to the mounting of the plaque on the exterior wall of the Montagu Pavilion so it is on view to the public. The placement of the plaque was undertaken thanks to Ian Balestrino and Andrew Rowbottom of the Gibraltar Heritage Trust. As a child I would go almost daily “al Montekiu” with my Mum and my little sister. It was there I learnt to swim and to appreciate marine life. It was hugely popular in the community, and very special to many. I am so pleased that aconic piece of history has finally returned home!”. 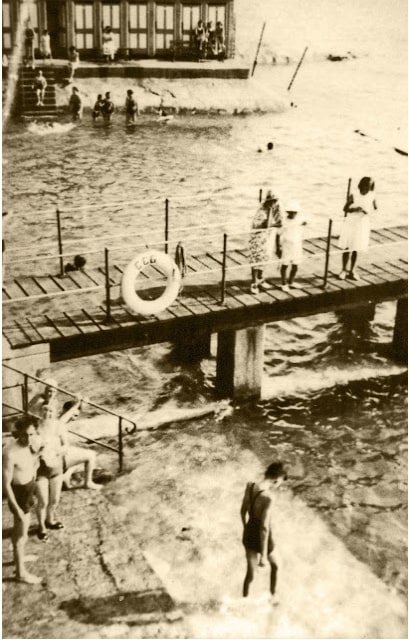