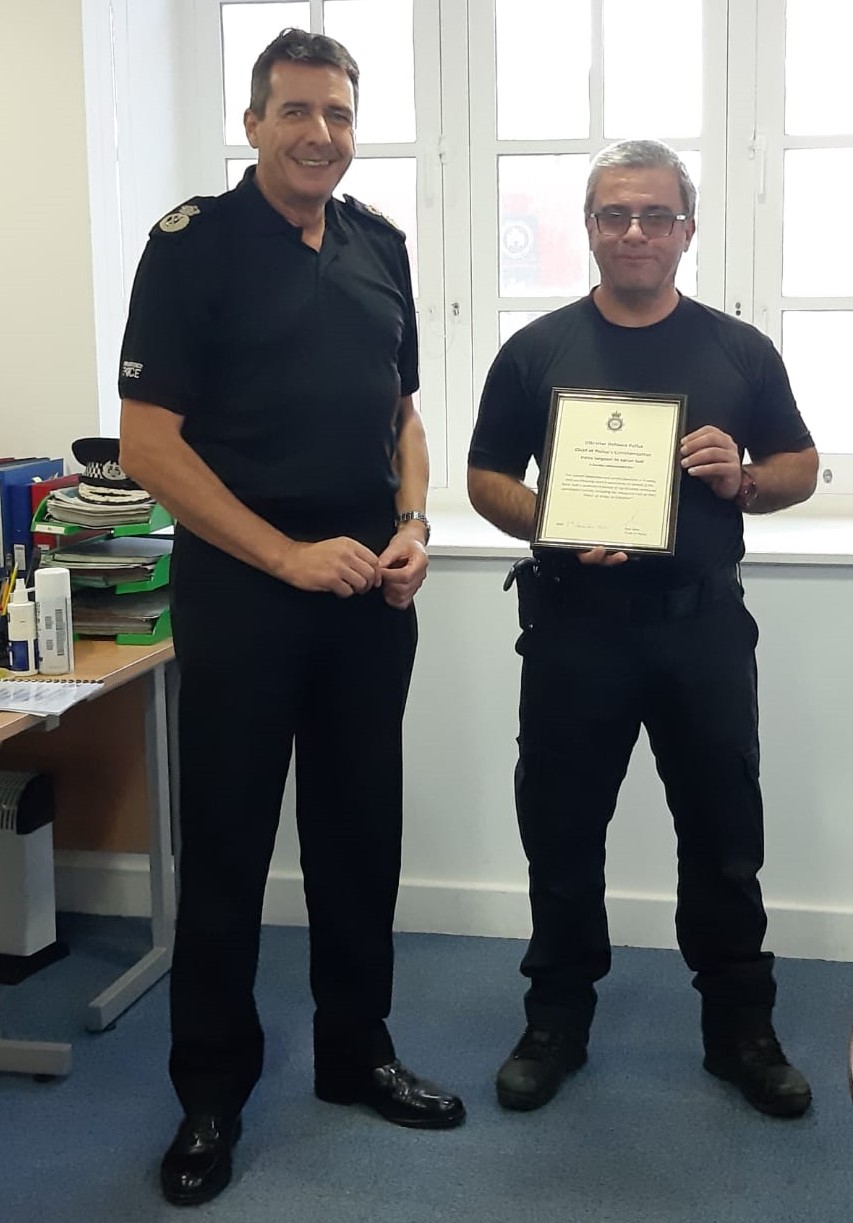 Police Sergeant 44 Adrian Sodi is one of the GDP’s Police Search Advisors (PolSA), a role  which he carries out in addition to his normal duties as one the Force’s operational duty  sergeants.

There are currently only three trained PolSA officers within the GDP. This specialised role,  coordinating and directing searches, involves PS Sodi leading a team of licenced search  officers to conduct searches in advance of events throughout Gibraltar, including visiting  vessels and ceremonial events. In addition, he has worked with the Royal Gibraltar Police,  assisting in the conduct of significant crime scene searches.

He has been commended by the Chief of Police, Rob Allen for:

On receiving his commendation, Sergeant Sodi commented: “I’m grateful to receive this  recognition but I have to say that each and every one of these searches is a team effort, so I  see this as recognition for the team as well as myself.”

While presenting the commendation, Mr Allen said: “This is a well-deserved recognition for  an officer who has repeatedly gone above and beyond to deliver for this force in many roles,  but in this case specifically in leading and conducting searches to an extremely high  standard.”