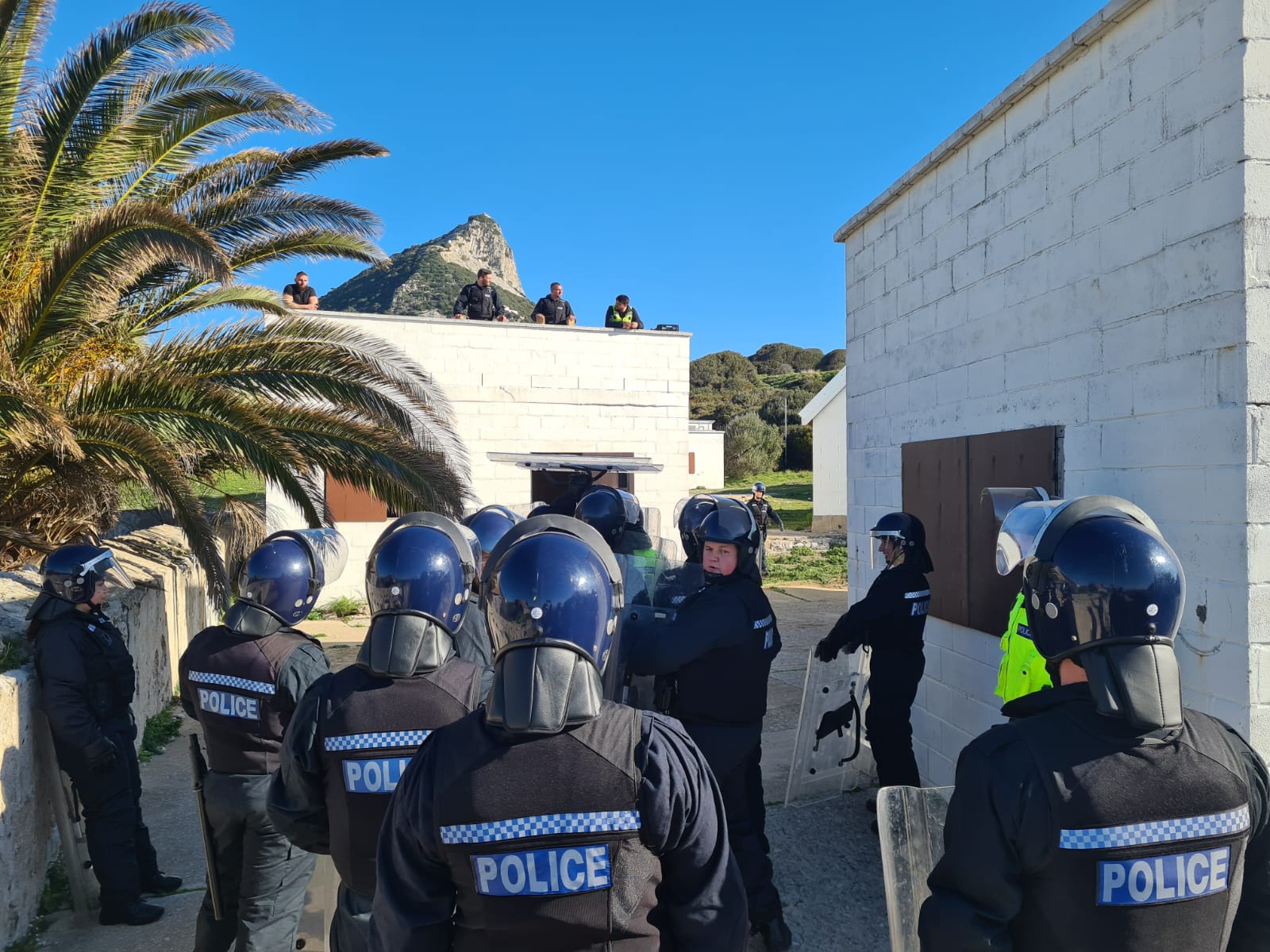 Royal Gibraltar Police officers have spent the past two days on an intensive Public Order refresher course at the Buffadero Training Camp.

The officers were then pelted with missiles and attacked by other officers who were involved in the training.

Acting Inspector James Rodriguez, who led the course, said: “It’s a very demanding two days, both physically and mentally for the officers. But it’s important that they do this refresher training often as they need to know how to implement police cordons, respond to commands and how to respond safely to large scale violent disorder scenarios.

“We rarely see public disorder on our streets, but, nevertheless, we have to be able to respond to it. And this training has become more important since Gibraltar joined UEFA in 2013, as we now have large numbers of football fans travelling to the Rock. We need to be prepared for all possible eventualities.”

James explained that there are three main strands to the public order training: containing the disorder, protecting the public and protecting the officers themselves. The implementation of police cordons for a crowd control environment was also rehearsed.

He added: “It’s also important that the officers get used to the specialist Personal Protection Equipment, which they have to wear when deployed to a public order incident. This includes fire resistant overalls, boots, protective gloves, helmets and face masks, which would shield officers from petrol bombs in a riot. They also have shields and batons, which would only be used as a last resort.”