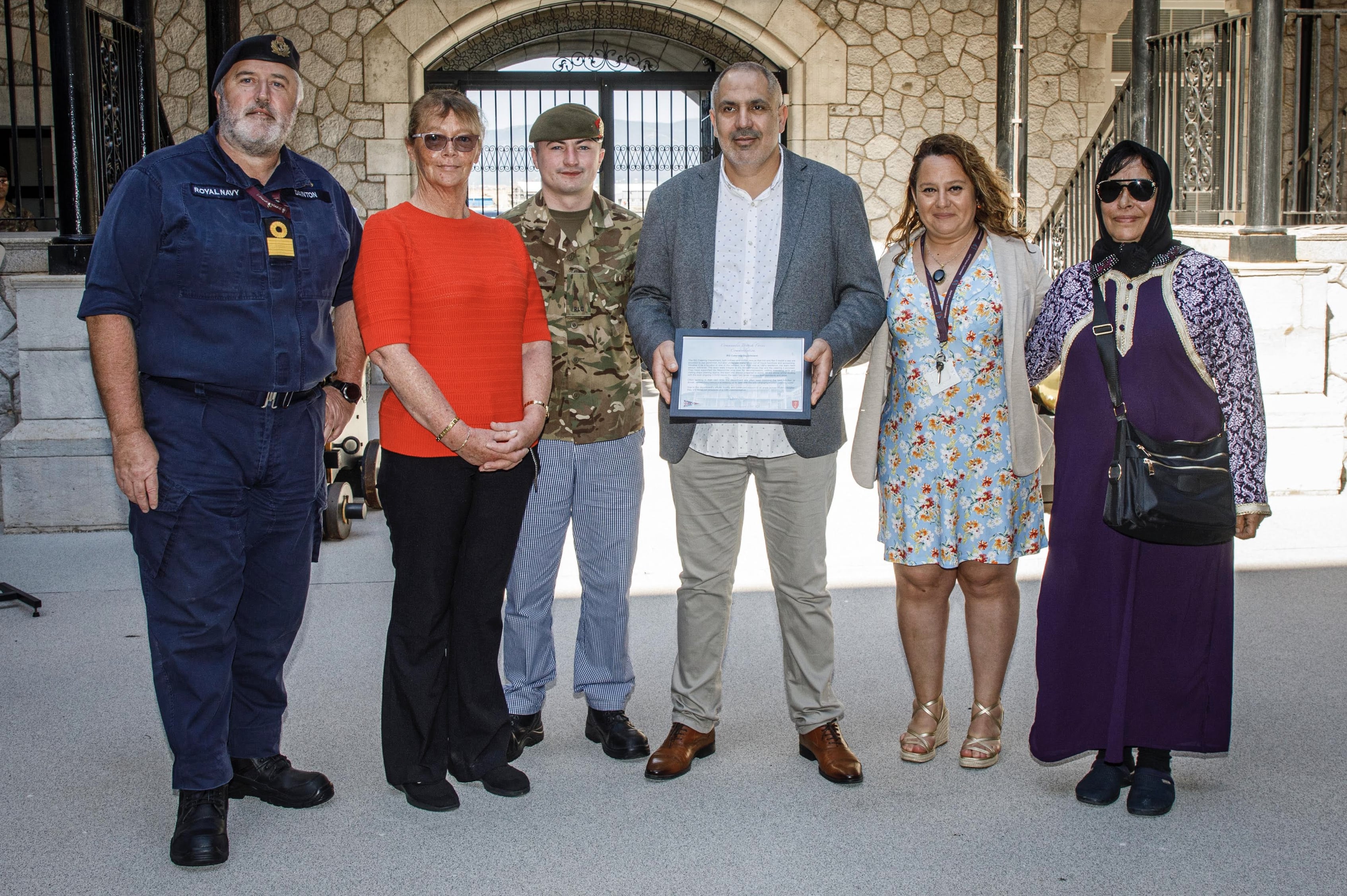 Staff at the Ministry of Defence Gibraltar are celebrating after receiving awards from the Commander of British Forces Gibraltar recently.

Friends, family and work colleagues gathered for the special event in The Tower Courtyard which saw various workers from both civilian and military posts recognised for their  exceptional work and long service.

Mrs Stevie Roche received a CBF commendation for playing a vital role in the self-funded Entertainments Committee, volunteering her own time on a weekly basis to assist the HIVE  and Community Support Team with event planning for service personnel and their families.  Stevie is described as a resourceful member of the Community who goes above and beyond  to help everyone.

The Royal Gibraltar Regiment’s Catering Department ensure British Forces Gibraltar  personnel are catered for. They provide meals for BF Gib personnel as well as ensuring that visiting units, mess functions and VVIP events are also catered for. The department are  continuously striving to deliver, researching menus and planning future functions in their own  time. They are deserving of a CBF commendation for their continuous efforts and devotion,  to all sectors of HQBF Gibraltar.

Mrs Lindsay Edmeades received a CBF commendation for playing a vital role in providing her swimming services to the military personnel and their children. Shortly after arriving in Gibraltar, Lindsay assisted the Pool Manager to find a way to open the facility for recreation and military swimming, tirelessly working with groups of swimmers, teaching the essential life skill of swimming. Despite having to commit more time to teaching than originally planned, her determination ensured that the heavily oversubscribed 6-week per person plan, gave every infant, child and adult the chance to learn to swim. 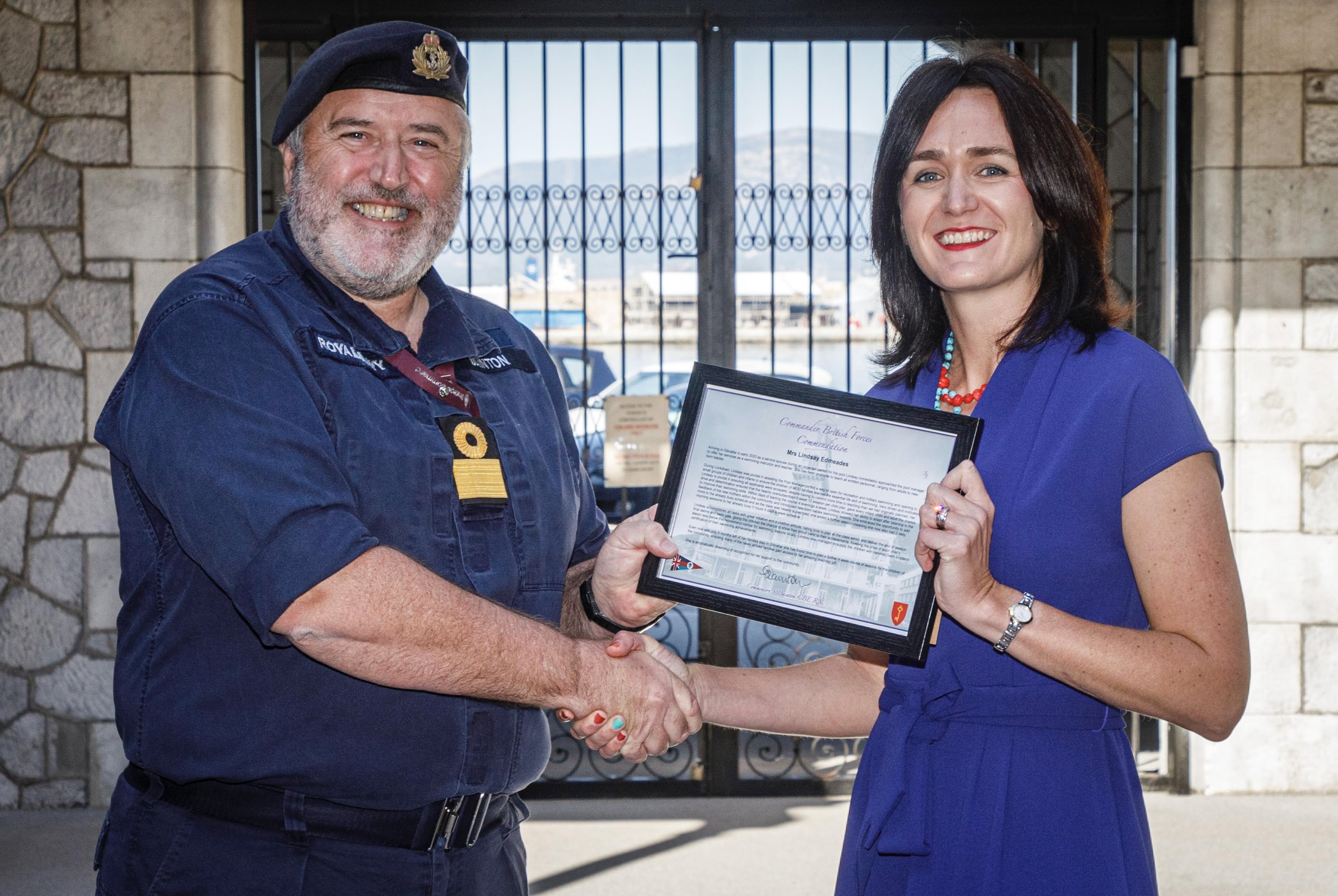 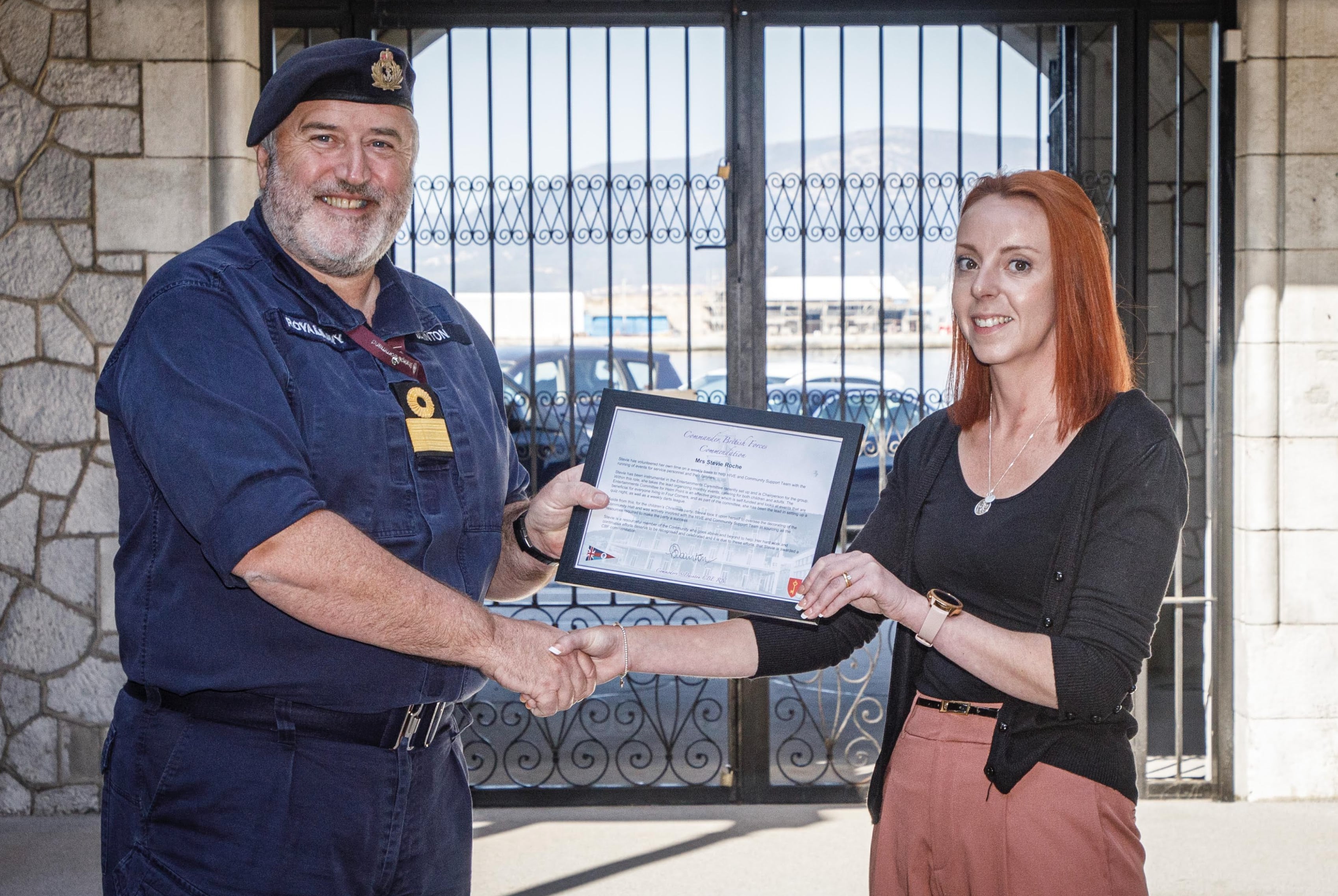