Research carried out by Gibraltarian scientists was recently presented at the 6th International Swift Conference, recently held in Segovia, Spain. The biennial conference was due to take place in 2020 following the 2018 conference in Tel Aviv, Israel but had to be postponed due to the COVID 19 pandemic.

This was the first time this international conference was held in the Iberian Peninsula. The famous Roman aqueduct that crosses the host city of Segovia is home to an estimated 2,000 pairs of common swifts (Apus apus). The event attracted over 100 researchers and experts from all over Europe and the Americas representing the countries of Austria, Belgium, Brazil, Cuba, France, Germany, Gibraltar, Ireland, Netherlands, Switzerland, the United Kingdom and the United States. Over 40 presentations were delivered covering the topics of swift biology and ecology, conservation of breeding colonies in cultural heritage monuments and urban landscapes, New World swifts and environmental awareness.

The research, conducted by scientists working at the Gibraltar National Museum and Gibraltar Botanic Gardens, Associate Campuses of the University of Gibraltar, along with members of the GibraltarOrnithological andNatural History Society (GONHS), used GPS technology to track pallid swifts (Apus pallidus brehmorum) from a single breeding colony in Gibraltar (in the attic of the Gibraltar National Museum) over two years. Their results, previously published in the journal PLoS One, revealed the movement of birds between specific regions within the non-breeding geographical area at specific times of the year. The tracking of a single individual showed remarkable fidelity to the areas visited between years. Furthermore, two pallid swifts tracked over the entire eight-month non-breeding period, while in Africa, gave no indication of coming to land, supporting previous findings of an airborne existence in swifts outside the breeding season. In addition, the crossing of the Sahara Desert to and from breeding grounds is remarkably fast, with one individual crossing it in just over a day.

Tyson Lee Holmes of the Gibraltar National Museum and PhD candidate at the University of Gibraltar, presented the study entitled “Birds with multiple homes. The annual cycle of the pallid swift (Apus pallidus brehmorum)” on the team’s behalf and was well received among the many delegates. The full publication is available from the peer-reviewed open access scientific journal PLOS One: https://doi.org/10.1371/journal.pone.0259656

The 7th International Swift Conference is due to take place in Trieste, Italy in 2024.

Minister for Environment, the Hon John Cortes, commented: “It’s great to once again see scientific research emanating from Gibraltar being presented internationally. Bird migration is a topic of particular relevance and in which Gibraltar can make a significant contribution given its geographical location.Collaboration between the different entities working in this field is especially welcome, and I want to congratulate all those involved on their research." 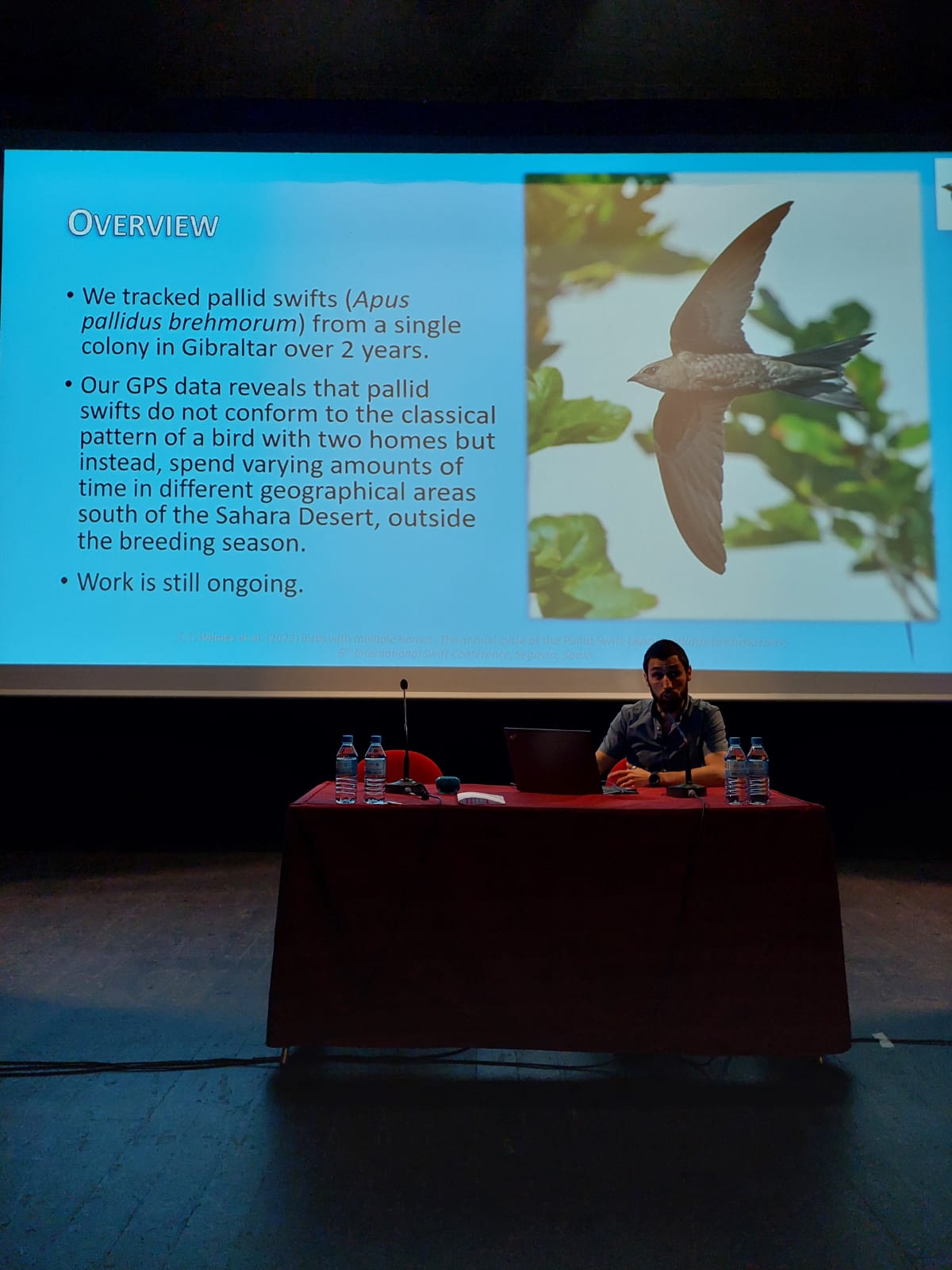