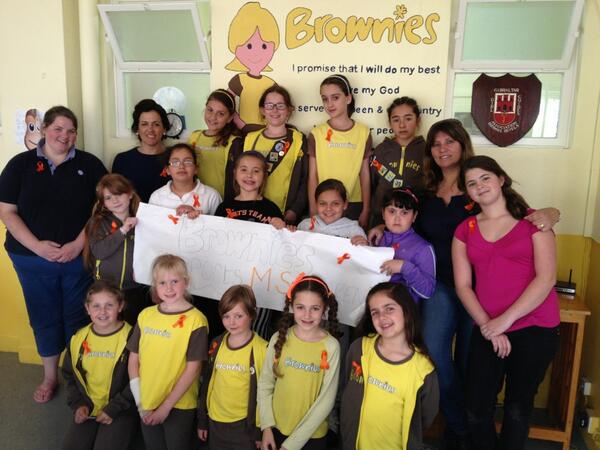 A spokesperson said: “Many joined in with wearing orange but not everyone sent us photos or came to have some taken with us but we had a fantastic response which was way more than we had expected!”

These companies and groups all joined in raising awareness and some funds and the Gibraltar Multiple Sclerosis Society would like to thank them, saying: “We did not expect such a large response and we are very appreciative of their support.” - 1st Brownie Pack, St. Mary's First School, The Crafty Cupcake, Abacus Financial Services, Bassadone Automotive Group, Gibraltar Bus Company, Capurro's Insurance and Investments, PriceWaterhouseCoopers and the Bassadone Automotive Group

They have between them helped raise awareness and have raised over £500.