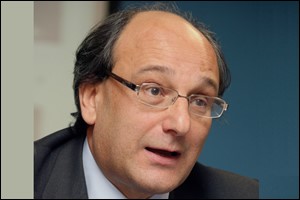 Her Majesty the Queen has been graciously pleased to approve the appointments of:

Peter Richard Caruana QC - Politician, barrister and former Chief Minister, Gibraltar - to be a Knight Commander of the Most Distinguished Order of St Michael and St George (KCMG) for services to Gibraltar.

Haim Judah (James) Levy QC - Lawyer and founder, Gibraltar Community Care Ltd, Gibraltar - to be a Commander of the Most Excellent Order of the British Empire (CBE) for services to the economy and to the community in Gibraltar.

Her Majesty the Queen has also been graciously pleased to approve the following awards: The British Empire Medal (BEM) to:

Michael Joseph Emmanuel Pizzarello - Director, The Duke of Edinburgh’s International Award - for services to the development of young people in Gibraltar.

His Excellency the Governor, Sir Adrian Johns, has awarded the Gibraltar Award (Governor's Certificate and Badge of Honour) in recognition of exceptional services in Gibraltar to:

Commenting on the list, HE the Governor said: “I offer my warmest congratulations to all those recognised in the Queen’s Birthday List. I understand that on this occasion Gibraltar has received the highest number of awards on the Diplomatic Service and Overseas list for any post world-wide. This is a brilliant reflection not only of the number but also the quality of the nominations we were able to submit for consideration by the Honours Committee in London and I hope that Gibraltar’s success in this latest Honours List will inspire nominations from the public for the next round which will take place in the autumn.”