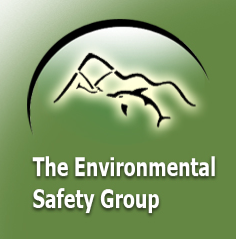 The ESG questions the presence of HMS Tireless in Gibraltar today, a submarine that historically has created much unrest and controversy in the area. The lengthy repairs to this submarine, back in the year 2000, were also the catalyst for the formation of the ESG, then known as "Concerned Citizens". The group now addresses a wide range of local and regional environmental issues.

According to the ESG, while the public protests against repairs to HMS Tireless took place on both sides of the border, these have to be seen against public unease over the regular presence at the time, of these nuclear, armed vessels in Gibraltar.

The Concerned Citizens Campaign called for repairs to the submarine to be carried out in an appropriate facility as well as wanting full disclosure on the potential risk posed to our community by the planned repairs. The group, with the support of Hassan’s International Law Firm, engaged the assistance of a world renowned Nuclear Physicist Dr Frank Barnaby to ensure that at every step of the way, the campaign was run  responsibly.

A spokesperson said: “The appearance of HMS Tireless in our port this week, soon after it experienced recent reactor coolant water problems, according to local and UK press, as well as being the year it faces decommissioning due to its age, calls for immediate clarification and affirmation of the precise nature of its visit. The ESG calls upon the Gibraltar Government to publicly advise the community of these details as soon as possible.”

In any event the group states that it strongly objects to the presence of any nuclear propelled submarine berthing at the naval base since these pose a potential danger should there be a nuclear incident.