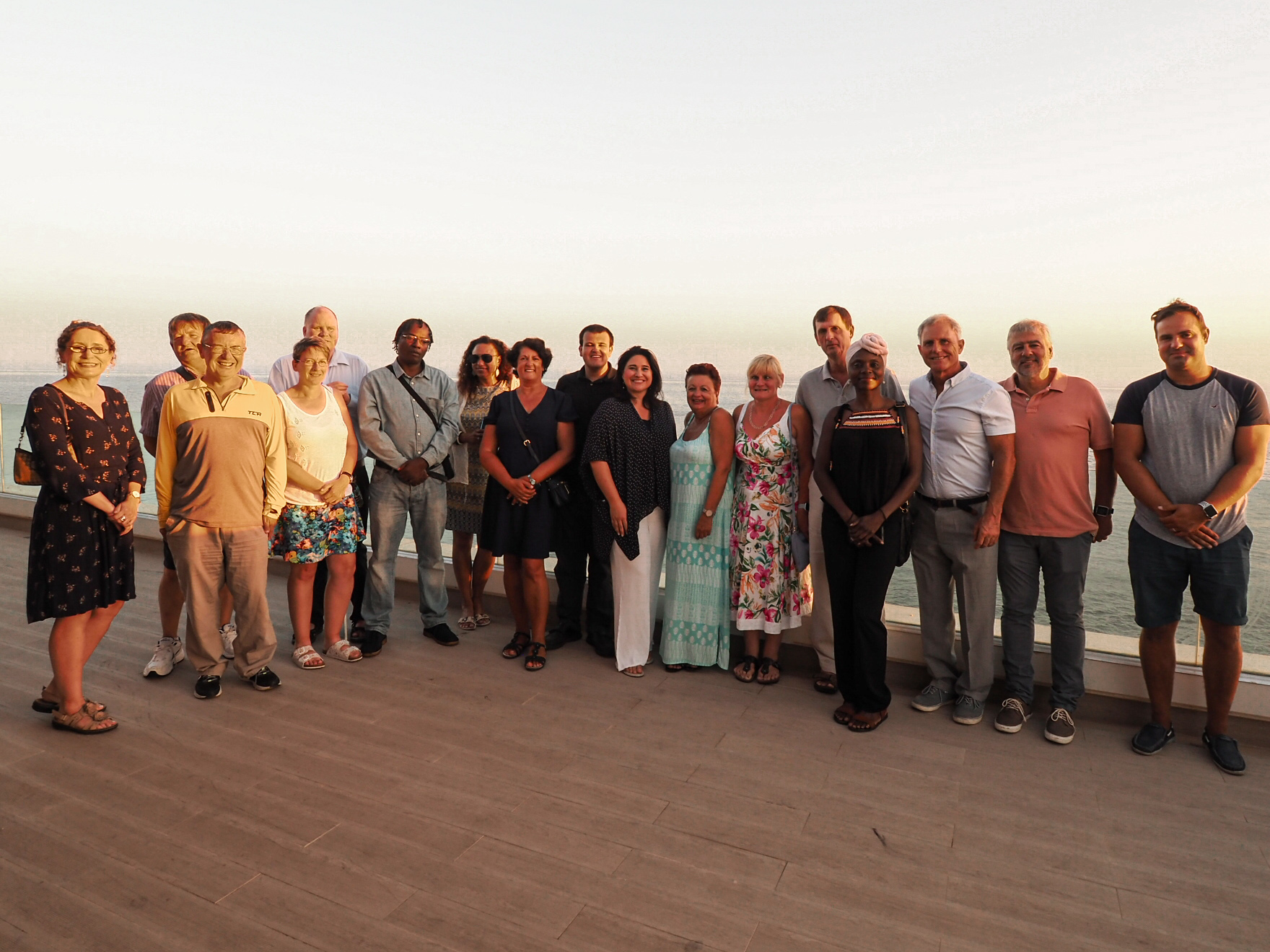 A group of visually impaired tennis players from the UK are currently in Gibraltar taking part in a tennis tournament held at the Sandpits Lawn Tennis Club. The finals will be played tomorrow Friday at 11am with trophies presented at its conclusion.

This idea of bringing the event over to Gibraltar has been the brain child of Jack Fisher, a local visually impaired tennis player currently undertaking a Phd in Mathematics and currently taking part in various tennis tournaments across the UK.

Regional visually impaired tennis tournaments are hosted across the UK, giving opportunities for people who are blind or partially sighted to play tennis. The visually impaired version of the game is played on a smaller court than usual, with a lower net with an audible ball so that the player can hear it bounce. Depending on your sight, you’re allowed up to three bounces before returning. The players say they were particularly pleased with the quality of the grounds especially with the colour contrast it provided, which was particularly helpful to them. The grounds were recently refurbished to host the Tennis competition for the Island Games.

Earlier this week the Minister for Equality, Samantha Sacramento, on behalf of the Minister for Sport, Steven Linares, met with the group. The general public are encouraged to attend the final and offer their support to the players.