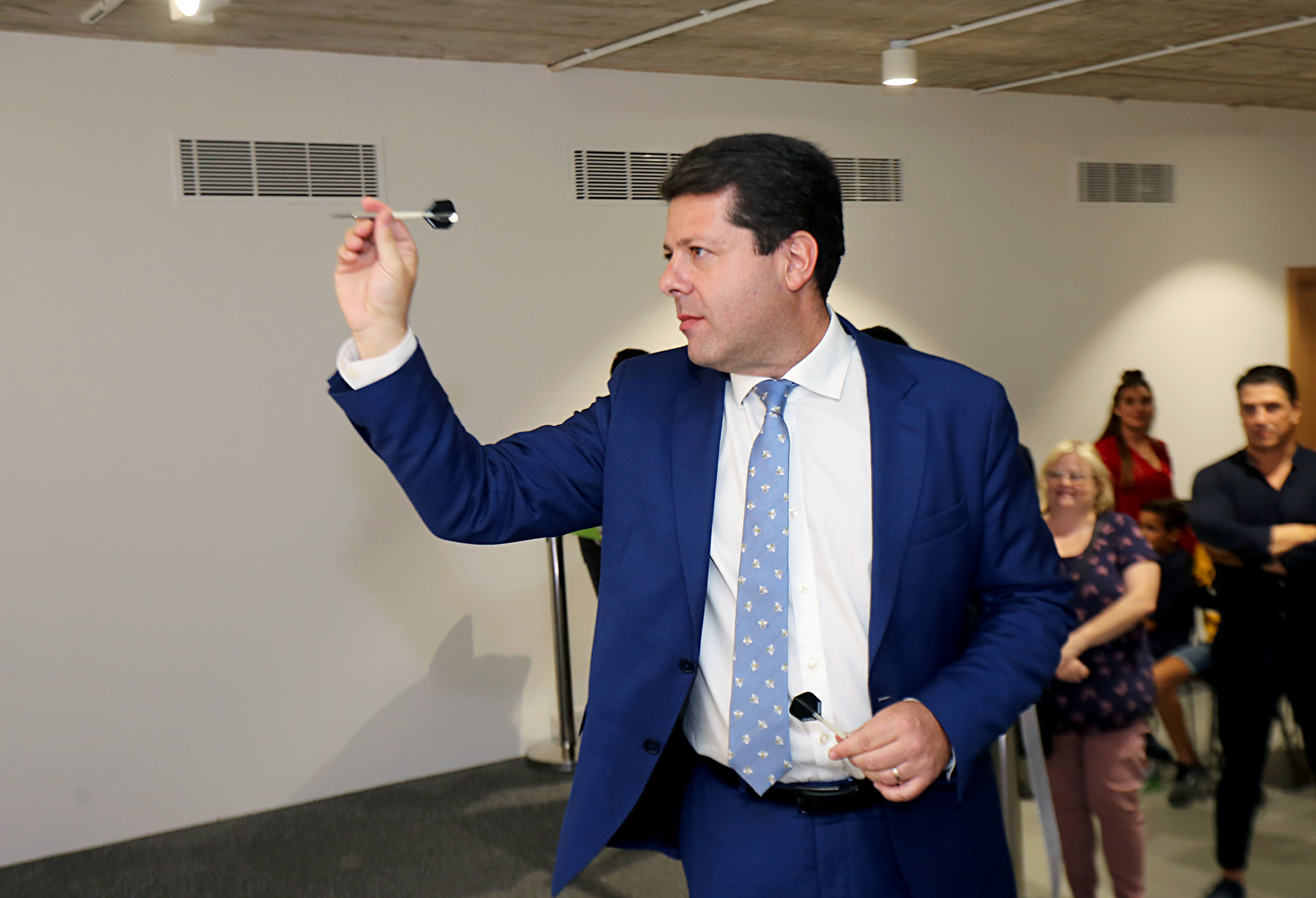 Last week the Chief Minister, Fabian Picardo and the Minister for Sport, Steven Linares officially inaugurated the home of the Gibraltar Darts Association. The club house situated within the new Europa Sports Complex has been named the “George Federico Darts Hall”, in recognition of George’s long standing membership and a member of the committee of the GDA, his achievements and many titles gained during the years.

A spokesperson said: "The Gibraltar Darts Association and members are delighted and have welcomed HMGoG’s drive in providing them with a club house, having been formed in 1958 and waited for well over 25 years for a home to meet and practice the sport."

The Minister for Sports, Steven Linares said; “I am truly honoured as Minister for Sport to have been able to deliver this project and hand over these long awaited premises to the GDA. Darts has gained popularity amongst the younger generation locally and these facilities will assist in the further development of the sport”.